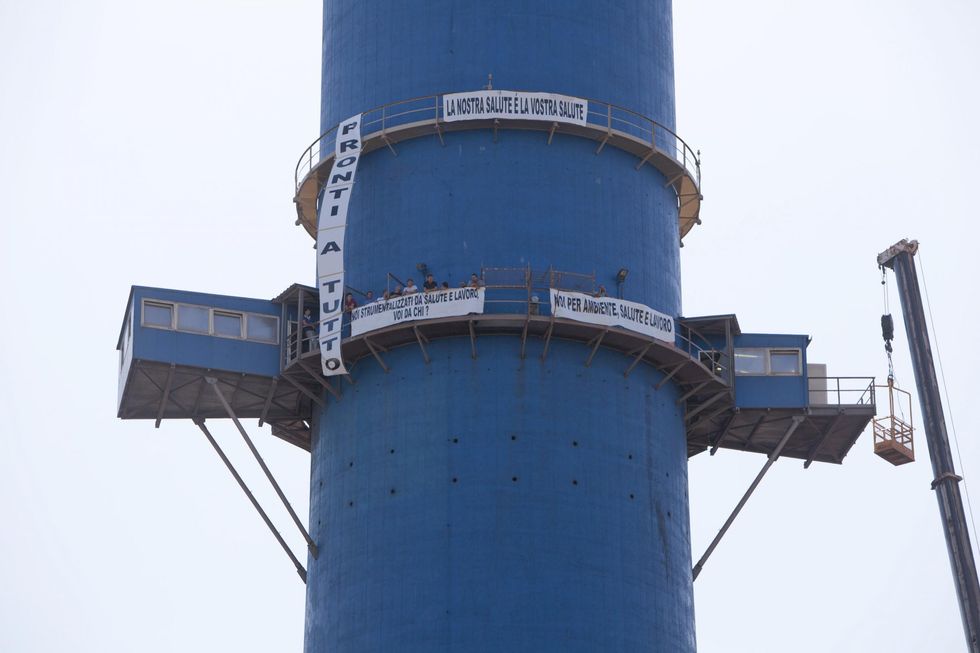 Who wants the demise of the Italian steel industry?

Gozzi (Federacciai) launches an alarm. Because after the Ilva case, things don’t look good for the steel industry in Italy. The country certainly can’t afford this, also because, in Europe, someone is not playing fair

The country could only be Italy, where the problems of the Ilva plant in Taranto, beyond the clash over the epidemiological evidence, risks creating a wave of hostility in public opinion that could sink the entire steel sector, and with it much of the nation's industry.

Genoa and Novi, Turin and Racconigi, Paderno Dugnano, Legnaro, Marghera, Salerno and Patrica, not to mention Gattinara, Vado Ligure, Massa and Grogastu, Brescia. This is the list of the Ilva plants and the auxiliary plants that would be affected by stoppage of the production in Taranto.

But then there is the construction sector, the automobile industry, the mechanical industry, home appliances, infrastructure worksites and major carpentry. With the possibility of the closure of Taranto and the need to replace over 5 million tons of steel products, Confindustria calculates a damage to the Italian industrial system between 6 and 9 billion euro, adding to the value of the imported steel (4-6 billion), the extra costs for logistics and additional services, plus worker's compensation for layoffs and decreased spending power for 15,000 people.

In the meantime, whatever the outcome on the battle over Ilva, a first effect is already being felt: Italy seems to want to accelerate on application of the BAT (Best Available Techonologies),  even where not foreseen.

Not just for the Ilva plant in Taranto, which has to apply them now even though the EU only requires them four years from now, in 2016, but also in other regions and for completely different plants.

Instead, in other countries, the steel industry has asked to postpone the investments to make them economically sustainable. «In Germany they have already obtained postponement: 6-8 years instead of the four foreseen; now the French and Dutch industries will ask for a postponement too» complains Antonio Gozzi, president of Federacciai and CEO of Duferco, the steel group controlled by his family, that in 2011 had a turnover of 7 billion dollars with production plants in Brescia, but also in Belgium, France, Denmark, Macedonia, Guatemala, South Africa. A global group, in short, that offers a privileged view on the situation abroad to understand the events in Italy better.

President, the Ilva case risks condemning the entire steel industry in Italy. Aren't we going from one extreme to another?

I'm afraid so, the Ilva problem risks becoming emblematic for the actions of the Arpas (regional environmental agencies responsible for issuing authorizations, ed.note).

What do you mean?

What about the electric furnace plants?

That is the production system in use throughout the rest of the Italian steel industry, largely but not only in Brescia.

And what is going on?

What is happening now is that on the wave of the Ilva case, the Arpas are reviewing the agreements already stipulated with the steel mills that have electric furnaces and therefore pollute much less. For example, the Lombardy Region has told us: yes, it's true you are the most virtuous in Europe, but you have to do more. This is causing us major competitive difficulties.

Are you worried about a witch hunt?

We are worried that anti-industrial sentiments are going to take over entirely. The Ilva crisis could be an earthquake for the entire chain. I don't even want to think about what would happen if they went so far as to shut down the electric furnaces.

But it's ok to sacrifice the blast furnaces?

Of course not. As I said, the only one left is in Taranto, after Severstal, the Russian shareholder of Lucchini, turned the keys over to the banks and walked away (at this writing, efforts are being made to save the group by finding a new investor, ed.note). In Europe there are over 10 of these plants in operation, 2 in France, 2 in Great Britain, 2 in Germany. They are often in the heart of the city, for example in Marseilles, or in Duisburg,  in Gent, and no one thinks of closing them. Indeed, in France...

What are the French doing?

Holland's socialist government is looking for a buyer so they won't have to close one of the Mittal group plants.

Why is the production of the blast furnaces necessary?

Because the electric furnaces use scrap metal and the steel can never have the same quality as the steel produced in the blast furnace, where only much purer raw material is used.

The risk is that we find ourselves in a situation where they might say: it's better if we don't produce steel. We have to combat this wave of Luddism. Italy can't afford it if we want to continue to be a manufacturing country.