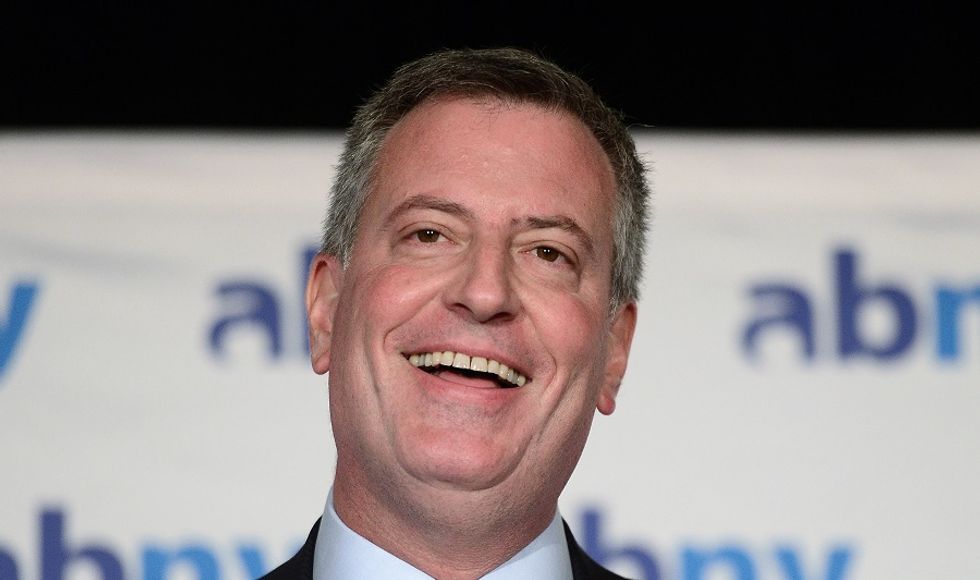 The Italian abroad of 2013 is Bill de Blasio

Italians abroad number in millions and they are widespread all round the globe. Sao Paulo, in Brazil, is said to be the biggest Italian city outside our borders with a population of people with Italian descent amounting to ten million units. Therefore, choosing the single Italian individual who contributed most to the communities they live in is not a simple task, but for 2013 Mr. Bill De Blasio was rather an obvious choice.

Leading the most influential and cosmopolitan city in the world is definitely an outstanding achievement, and Mr. De Blasio was elected as the 109thMayor of New York, U.S.A. on November 5, 2013. His maternal grandparents, Giovanni and Anna, were Italian immigrants from the city of Sant'Agata de' Goti in the province of Benevento and Grassano in Basilicata: he clearly represent a success story of emigration from Italy to the United States.

His grandparents left Italy looking for a better future, and their offspring now sit in one of the most revered chairs in the world. Mr. De Blasio is proud of his origins and the heavy long way his family had to go from selling meats in Little Italy. When he officially announced his candidacy, he recalled the wise words of advice given by his Italian grandfather, labeling him as the person who influenced his life the most. "He made the American dream come true," Carmine Valentino, Sant'Agata de' Goti's mayor, declared after hearing the news of Mr. De Blasio's election. "But he didn't forget his roots. It's a message of hope for us all."

Broadly speaking, Italians in the Big Apple did a good job. Mr. De Blasio is the fourth Mayor with Italian origins: he follows in the footsteps of three other Italian-American mayors: Fiorello Henry La Guardia, who was the 99th Mayor of New York for three terms from 1934 to 1945 as a Republican; Vincent Richard Impellitteri, who was born in Sicily and served as the 101st Mayor of New York City from 1950 to 1953; and, more recently, Rudolph Giuliani, who served as Mayor from 1994 to 2001. They all left an important legacy, marking the story of their city and of the Italian communities abroad.