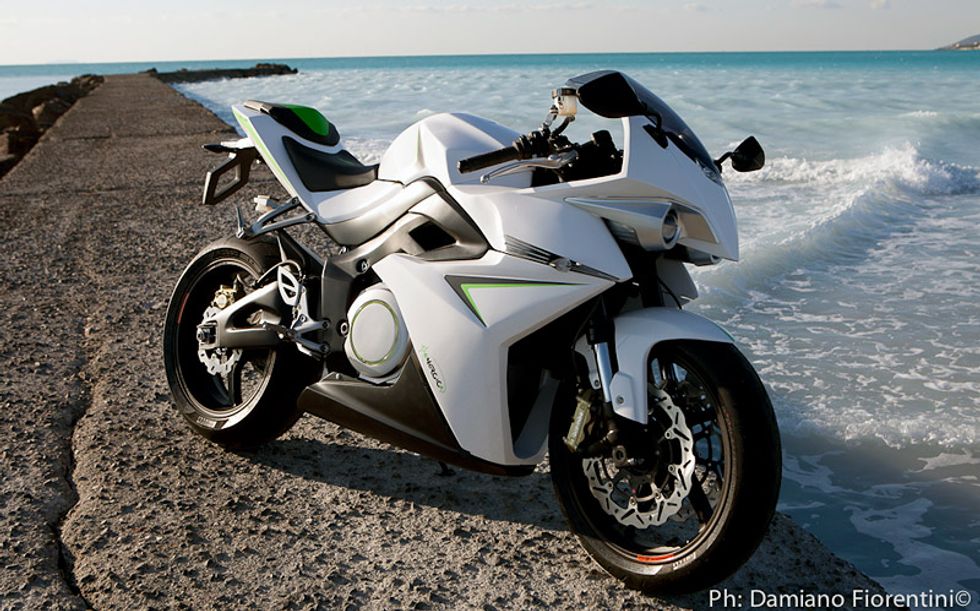 Energica Ego is ready to turn the superbike world upside down

Powered by a 100 kW engine that tops out at more than 130 mph, with all that speed available right away, CRP's Energica Ego is going to turn the superbike world upside down.

The first prototype realized by the Italian company Energetica is quite heavy (it weighs 580 lbs), as like most electric motorcycles Ego has a heavy battery, but with production starting in early 2015 some more improvements may be achieved.

Ego potential buyers also expect that once the first street-legal, all-electric superbike will become available on the market, its price will be further reduces, as for now it is expected to be around $23,000, which is more than double compared with most conventional new motorcycles, although in line with upscale models.

Energetica is sub brand of CRP, a specialty parts manufacturer based in Modena currently supplying Formula One teams (and Ferrari is one of them) with rapid prototyping and advanced materials. Further, it has strong expertise and experience in producing high performance electric motors.

It should be clear that Ego is not a simple collection of already existing off-the-shelf parts, as every detail has been designed specifically for the new electric superbike. In particular, the battery casing is made from that Windform material, a plastic resin reinforced with carbon particles to give it extremely high tensile strength while maintaining a low weight.

Among Ego's qualities, its very strong acceleration should be highlighted: this new bike makes 124 lb.-ft. of torque and 134 bhp. According to experts, "that's less power than the 160 bhp Mission, but still an awful, awful lot of torque, all instantly available and, unlike a gas bike, unrelated to gear selection. That removes the need to chase revs and gears from the riding equation, leaving you free to exploit the maximum possible acceleration any time you're ready".