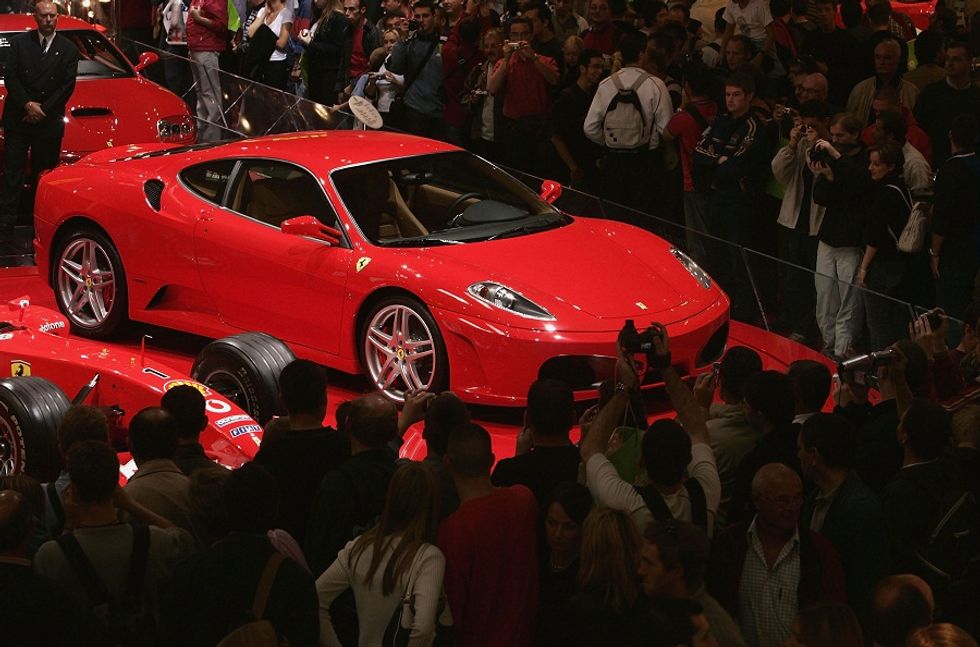 Flavio Manzoni - Ferrari Design Director - recently designed the first spatial Ferrari. Everything started as a game; a thought about how might a UFO's car look like.

Although it stands as a mere fictional project at the moment, Mr. Manzoni seems quite happy about it. He considers his UFO Ferrari as sinuous and subtle but also aggressive at the same time. It could also resemble to a sort of phantom wearing a grey cloak.  "I thought about something that could fly since in the future we will have less space on the streets" Manzoni's stated, also mentioning as his sources of inspiration Flash Gordon and Space Odyssey. Will it ever become a true vehicle? Next centuries will answer the question.