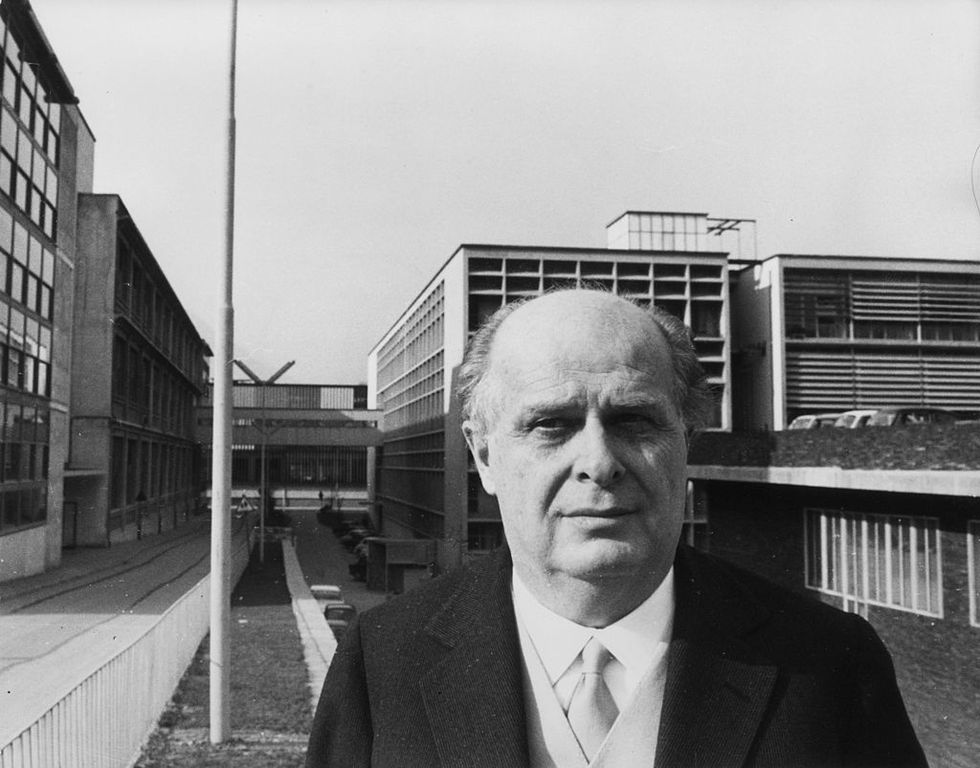 A multi-talented man with a heart for corporate social responsibility

Adriano Olivetti was a multitasking person indeed and everything he did he was quite successful. He was not "only" an urbanist,editor, writer and entrepreneur but he was also a great supporter of technology and corporate social responsibility. Adriano Olivetti was also one of the strongest opponents of Fascist Regime in Italy and he converted his company into one of the headquarters of the Resistance.

In 1924, he graduated from Turin Politecnico in chemical engineering and started working at his father company, i.e. Olivetti. Young Adriano was meant to make the difference in that environment, being interested by the heated social and political debates of his time and being around several reformist and liberal minds, such as Piero  Gobetti and Carlo Rosselli.

Nevertheless, it was his trip to the US that gave young Adriano a new insight on how an effective company should be: decentralized, directed by functions, committed to develop the marketing network in Italy and abroad, together with a well-structured ads campaign. Since these reforms were implemented, the productivity of the company notably increased so as its profits.

While becoming a leader on the market with the unforgettable typewriters Lexikon 80 (1948) and Lettera 22 (1950), Adriano Olivetti had as big heart for social matters.  For this reason, in 1948 he found the Management Council at Ivrea headquarters of Olivetti. The Council represented for many years the only example of peripatetic body with a great advisory and socio-supportive role in the country. Adriano Olivetti's care for his employees was also expressed through the building of new areas for them, such as a new library and canteen.

Moreover, Adriano Olivetti was a protagonist of the editorial world. In 1937, he founded the journal "Tecnica e organizzazione" where he regularly published essays on technology, economics and industrial sociology. He also created the publishing house NEI (Nuove Edizioni Ivrea) and the magazine "Comunità", which became a main forum of political and social debates after the Second World War. Olivetti unexpectedly died in 1960 during a train trip from Milan to Losanna.