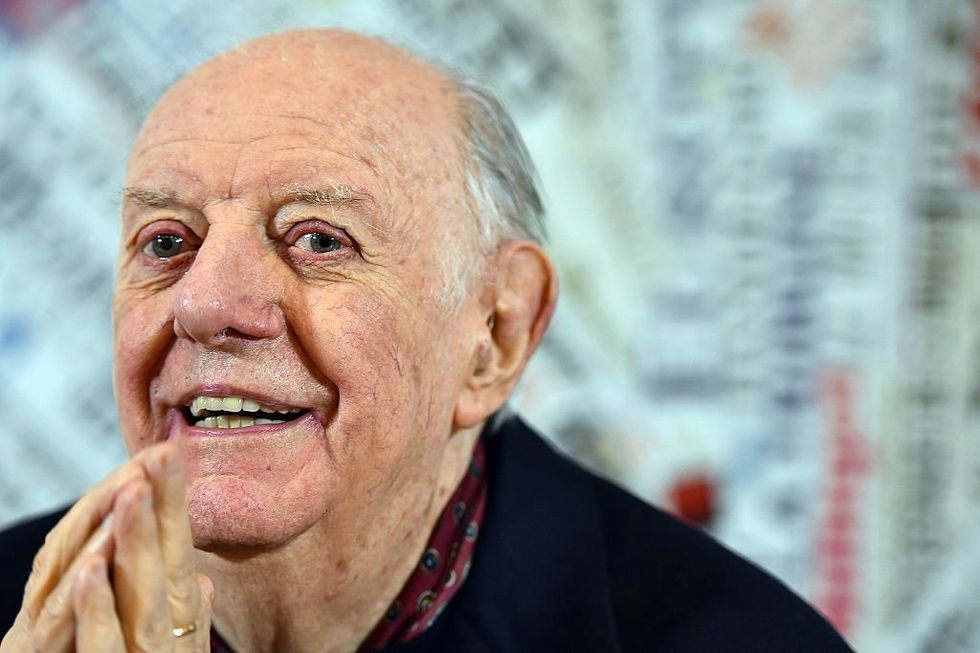 Nobel Prize-winning Italian playwright and actor Dario Fo died Thursday at the age of 90. His last few days were spent in a Milan hospital as his health deteriorated.

Dario Fo was famous because of his sharp political satire and innovative storytelling techniques, which gained him Nobel Prize in Literature in 1997, when the Nobel Committee motivated its decision describing him as a creative individual, "who emulates the jesters of the Middle Ages in scourging authority and upholding the dignity of the downtrodden."

Born on March 24th, 1926, in Sangiano near Lake Maggiore in Northern Italy, he was the third child of Felice Fo, a railway stationmaster and amateur actor. During the Second World War, he spent his early youth helping his father to smuggle Allied fugitives across the border into Switzerland. After the War, he attended an art school in Milan, where he started learning theatrical techniques. Success and popularity came when his monologues were broadcasted by the Italian national radio, and in 1954 he married actress Franca Rame. Their close links with the Communist party and the caustic plays about the government and Catholic Church eventually put the couple at odds with the authorities, and for many years Fo and Rame's works were not played on the State radio and television.

Dario Fo was a prolific writer. His most acclaimed work, The Accidental Death of an Anarchist, was based on the real life of a railway worker, who was accused of terrorism and subsequently "fell" to his death out of a fourth-floor window at police headquarters. Another masterpiece by Fo was Mistero Buffo, a reinterpretation of the Christian gospels in an improvised format.

The Italian Prime Minister Matteo Renzi, whose politics Fo often lambasted, praised him for being "one of the great protagonists of theatre, culture and the civic life of our country", adding that "his satire, his research, his work on set design, his multi-faceted artistic activity remain the legacy of a great Italian in the world."