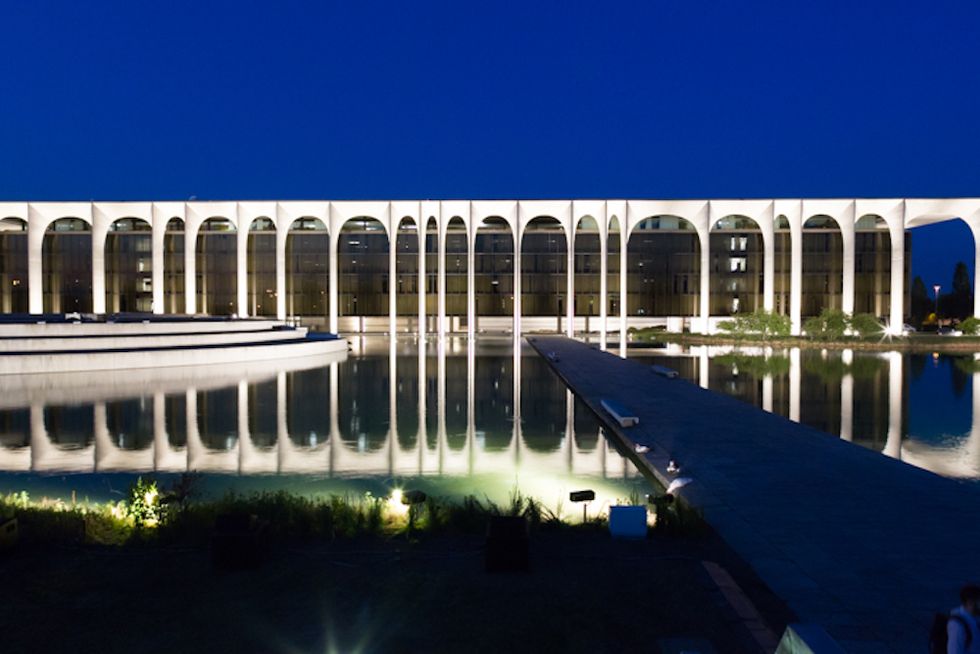 Fernando Napolitano - "Commercial but moralistic, civil, but bellicose, individualist but organized, conservative and idealistic but unscrupulous", so Martin Wolf, editor of the Financial Times, lapidary describes the US society. This synthesis marks the distance between American and Italian ethics in doing business. The underlying motive for which, despite romantic post-war rhetoric, business between the two countries is still weak. Of course, when one visits America, one sees so much Italy (fashion, food, furnishings, super cars) and is inclined to deduce a solid commercial relationship.

By way of comparison, Germany, down 8% over 2015, exported US$ 114 billion. The German economy is 1.8 times bigger than the Italian one, not 2.5 as exports would suggest. With regard to foreign direct investments, the glass is half full as the title of the last Foreign Direct Investment Confidence Index® by A. T. Kearney, a consultancy. Confidence in Italy has overall increased.

In 2015, Italy invested US$ 7.3 billion in the US, but the United States just US$ 300 million in Italy. In 2015, furthermore, and for the first time in the history of the two countries, the Italian stock of investments in the US (US$ 28.6 billion) surpassed the US investments in Italy (US$ 22.5 billion). On the one hand, it is good news for exports to gain strength with direct investments to acquire American players and / or to open on-site establishments. From the cultural and operational view, these companies adapt to US way of doing business, as described by Wolf, by transferring this know-how back to their Italian headquarters. Italy, however, remains the 38th destination for US investments.

American investors have a binary perspective of Italy: excellence in the fields of taste, good living and leisure, but not a destination for doing "serious business".

Changing this perception requires a vision and an articulated plan for the long run. It is feasible. Panorama, with Mondadori, is the first Italian publishing group to accept this challenge knowing the complexity at hand.

For a country that does not communicate in English with the rest of the world, this commitment is paramount: it is the watershed between the traditional toccata e fuga by Italy's leaders that land in New York for the photo-opportunity with a US VIP for the consumption of the domestic newspapers and the long-term strategic pragmatism based on continuity, professionalism and reliability.

This first tour of Panorama d'Italia in New York, 31 October to 2 November, rests on the strategic plant launched in 2011 by the Italian Business & Investment Initiative (IB&II), which aims to position Italy as a high-tech country and destination of direct investments. Large corporations working on state-of-the-art technology value added chains, small and medium-sized enterprises that innovate and expand abroad in search of economies of scale, a university system that, from business to science, is competitive on an international scale, educating talented human capital.

This is not to deny, in any shape or form, Italy's challenges: debt, deficit, anemic economic growth, structural reforms --justice, tax, bureaucracy, ...--. These must be addressed at once. No excuse. Yet..., the concert of these three axes of Italian competitiveness must be articulated effectively and communicated clearly and repeatedly to American investors and opinion makers. This approach will, overtime, allow the facts to out-place the current perception making Italy, also, a destination for "serious business".

Enel is a great example of a global leading corporation defining the quality of our collective future. It is an Italy based US$ 100 billion utility. Among the top investors in the US renewables, Fortune has included Enel in its Change the World list, the only utility and the only Italian company among the top 50 businesses improving life on our planet from a social and environmental point of view through activities that are part of the Group's core business strategy. Last September, professor Mark R. Kramer from Harvard Business School published a business case on Enel (Enel: the Future of Energy) underlying the group world's leadership in sustainability and innovation.

Furthermore, it is indeed interesting that Tesla is today perceived as the leader in the future of automotive. In Emilia Romagna, however, a consortium of manufactures -Ferrari, Maserati, Lamborghini, Ducati, Dallara, Toro Rosso, Haas F1, Magneti Marelli ?" in cooperation with the Universities of Bologna, Modena-Reggio, Ferrara and Parma launched the Motor Vehicle University of Emilia-Romagna. From September 1 2017 this university offers, in English, two international and inter-university master's degree programs on Advanced Automotive Engineering and Advanced Automotive Electronic Engineering.

Education wise, University Bocconi in its Milanese campus hosts approximately 14,000 undergraduate and graduate students of which 70% are from Europe, 15% from Asia and 9% from the Americas. Students have the opportunity to study abroad for a semester in top universities including Princeton, Yale and NYU. In 2017, according to US News Best Colleges, Bocconi was ranked 7th in Europe and 28th in the world. Its Master in Finance is ranked 7th in the world and 6th in Europe according to the Financial Times. The job market appreciates. The value for money of such an education is off the chart.

With this intent IB&II with the support of Panorama launched, and for the first time, an annual communication campaign for the major media in New York about the Italian excellence on the three axes. These opinion makers will have direct access to industry and academic leaders.

The three days of Panorama of Italy are consistent with continuity and professionalism.

The tour pinches the right strings of that moralist, civilian, and idealist ethic. First of all, the "give back", a commitment beyond party's interests to serve a superior and noble cause. This cannot ignore the charity, to raise funds to be an actor of change on social or emergency issues - La Lega del Filo d'Oro and funds for an earth quaked monument of Umbria. Strictly in black-tie, two gala evenings at the Harvard Club and the Guggenheim Museum to recognize personalities that have distinguished themselves in arts and business. A gran finale show of excellences through the utilization of resources and means suitable for the purpose.

To understand the scope of this initiative, it is useful to briefly describe Manhattan by the numbers. It is 20 km long and 3.5 km wide and the most competitive island on the planet. Every year, 1.6 million "islanders" welcome 60 million visitors - predominantly for business--. New York metro area's GDP is US$ 1.5 trillion, Manhattan is responsible approximately for half of it, according to the Brookings Institution's Redefining Global Cities. It is twice that of London metro area and almost equal to Canada's. More than 200 languages are spoken and more than 100 universities are present. 48 of the top Fortune 500 are headquartered in New York, there are 3.7 million jobs in the private sector. The "New-Yorker", a citizen refined but spoiled by a competitive successful city, likes to say: "Impress me". It is the commitment with Panorama, one concrete step at the time.