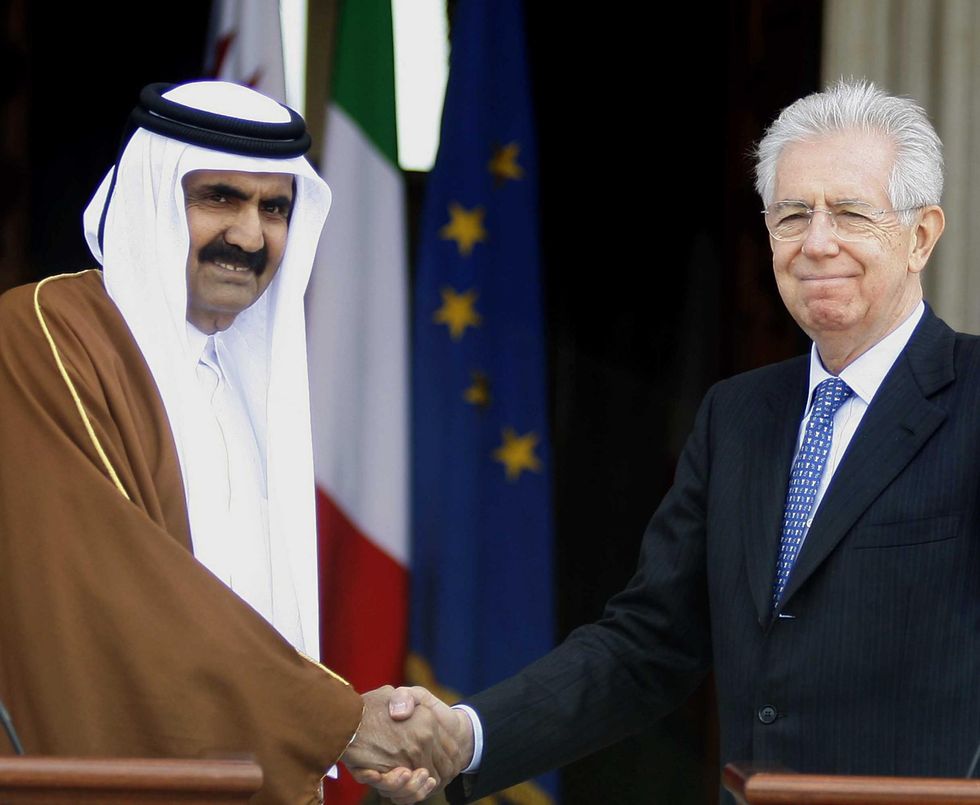 On his trip to the Gulf, aimed at attracting investments in Italy and regaining a leading role for the country in the international scenario, Italian Prime Minister Monti has already scored some success.

Quatar Holding will invest in Italian firms: an agreement for ? 2 billion.

Quatar Holding will pursue a joint venture (called "IQ Venture Made in Italy") with Italian Strategic Fund targeting the " Made in Italy" sectors including: food, fashion and luxury, decor and design, tourism and leisure.

Qatar Holding LLC (QH) was created in 2006 by Qatar's sovereign wealth fund Qia and has a budget estimated at $ 115 billion.

The initial endowment of the joint institution, amounting to ? 300 million, is set to rise - through joint contributions of the participants - up to ? 2 billion over the first four years.

The joint venture governance will be managed by the two countries.

The fashion and luxury sectors will most likely represent the first areas of intervention of the joint venture, which is playing the role of project "pilot" for which further agreements for co-investment with both the Italian Strategic Fund and the Deposits and Loans and Funds Office (Cassa Depositi e Prestiti - which controls the FSI) might follow.

"The initiative - said Franco Bassanini, President of CDP, - strengthens the position of the Fund as an investor in the international markets."

"In addition to the significant firepower in terms of available capital - said Maurizio Tamagnini, AD of the FSI - the joint venture brings together two partners with complementary skills. This combination can offer many Italian companies real opportunities and create value. "

The arrival of foreign investments - said Monti, comes as a "recognition" of Italy's fiscal consolidation and as a result of the reforms put in place by the government.

"Foreign investment - he continued - will have an immediate effect on growth. Italy is now more attractive to foreign capital."

For nearly a year, President Monti has traveled to various countries around the world to highlight the potential for growth of Italy.

The Fund, instead, is Qatar's most recent foray into helping the struggling European economy.