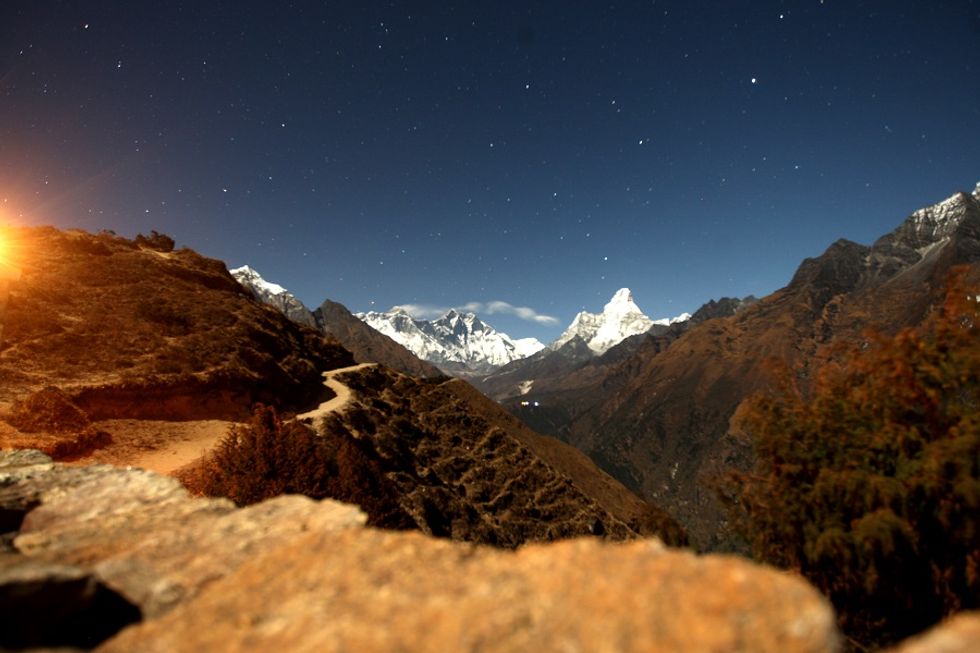 The technology used is overall Italian, specifically from Turin

"From the moment we reached 5050m at the Cnr Pyramid, our station became the highest in the world", states proudly Andrea Merlone, an Italian researcher for Inrim (National Institute of Meteorological Research) in Turin, a public body devoted to the study of the science of measurements and to research into materials; as well as to the development of innovative technologies and devices. Even though, Mr. Merlone is most proud of having climbed Mount Everest with a pair of ?16 shoes, which could be a world record itself.

The Pyramid International Laboratory/Observatory high altitude scientific research center is located at 5,050 m a.s.l., in the Khumbu Valley, Sagarmatha National Park, at the base of the Nepali side of Everest. Since 1990, it has been offering the international scientific community a priceless opportunity to study the environment, climate, human physiology and geology in a remote mountain protected area.

Reaching that point has been a real venture. The Turinese team left Italy to land in Kathmandu, Nepal from where they proceeded to the Khumbu valley. Guido Roggero, another member of the mission from Turin, states: "Lending in the most dangerous airport in the world, has been quite a shocking experience". From Lukla, the researchers' team were unable to use cell phones and the Internet.

A Russian helicopter was supposed to aid the Italian mission transfer the equipment up to the Pyramid. However, they cancelled last-minute and the Italian mission had to pay Tibetan Sherpas to help them carry the weather station. The team that now follows the station is formed by Italian and Nepalese researches. The Italian team activated a cooperation with Nast (Nepal Academy of Science and Technology).

The mission is part of a wider project sponsored by the European Union. This project received the Impact Prize from E.U., which recognizes the importance of it for the European community. The Italian researchers combined the precision of weather technology together with studies on climate.

Researching at that height (8000m) means having to deal with a constant headache. The current reports coming from the station testify that there is still some adjustments to make. However, when the weather station started functioning, the team celebrated with Italian spirit. In the Pyramid, they always speak and especially eat Italian.