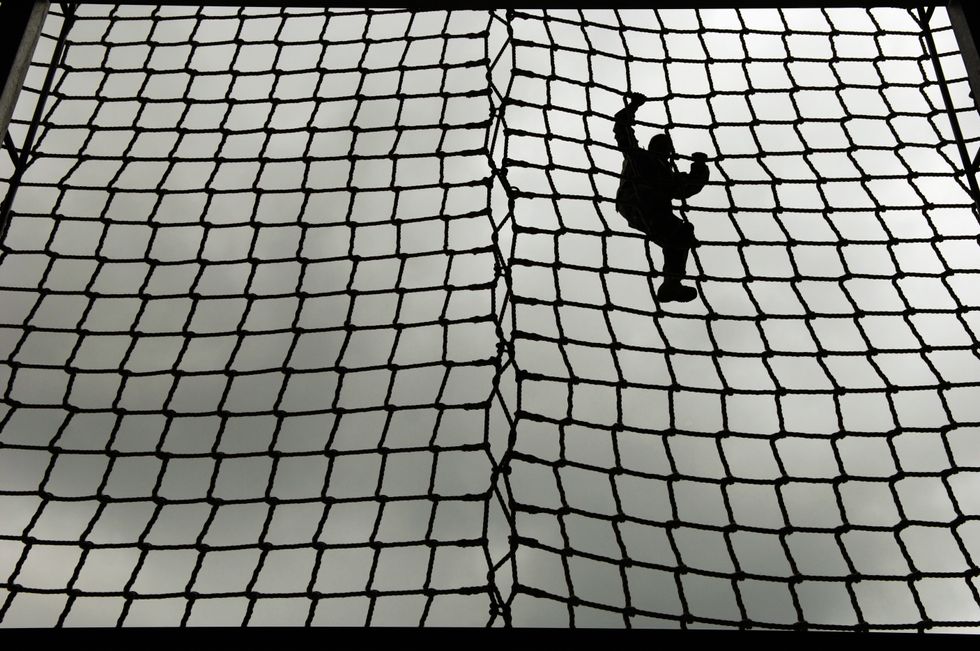 Caught in the web

LIBERALIZATION - There has been talk about the separation between producer and distributor since 1994. Does the principle apply only to Eni and Snam now? We’ll see. Because it may not always be applicable

The squeal of brakes was audible even in the hallways at Palazzo Chigi, seat of the Italian Cabinet, on Friday 20 January, during its non-stop meeting. Eight hours of discussion between heroic liberalist fury and the realism of those who, frightened by the frenzied reaction of a few, subjected to pressure by the possibly less clamorous but much more deeply rooted lobbies of taxi drivers and truckers, warned that the best is the opposite of the good.

Some observers represented Antonio Catricalà, undersecretary of the Prime Minister, who for six years has preached unarmed from the antitrust pulpit, as a champion of wide-scale liberalization. While Corrado Passera, Minister of Economic Development, whose ministry presented the decree, took a more systemic position, with shadings of statalism. It's all like a badly blurred daguerreotype.

The equity investment of Intesa Bank in NTV, the private high speed train company founded by Luca Montezemolo and Diego Della Valle is mentioned and, so as not to find himself embroiled in a conflict of interest, even retroactive, the former banker weds caution. The idea is as malicious as all the hindsight according to which it is not a good idea to write down the Italian state railway, FS, in expectation of incorporating it in the Deposits and Loan Fund (CDP) along with a large chunk of the government equity investments.

Maybe, even though the idea of creating a new IRI (the post-war Institute for Industrial Reconstruction) has not really been hatched yet. Certainly Mario Moretti, Managing Director of the railroads, can heave a sigh of relief. Massimo Sarmi too, because the postal service won't be privatized, and Franco Bernabò, whose telephone network isn't even mentioned. The Benettons and the Gavios are also off the hook: the escalating scale of rates isn't touched, every year they go up automatically by two thirds of the cost of living estimated by ISTAT (the Italian office of statistics).

The price cap (which links the price in ratio to the efficiency of the service and to investments) remains a hypothesis and Fabrizio Palenzona, the president of Aiscat, the association of concessionaires, is already piling up sandbags. The Morattis, the Garrones and the other oil tycoons successfully defended their position: only the owners of gas stations can replenish their supplies any time they want at the best offer, and there are only 500 of them out of 25,000. Even the taxi drivers obtained a temporary reprieve.

So is the only loser Paolo Scaroni, forced to sell Snam, which is now a subsidiary of ENI? Not so fast. First of all, it takes six months to produce a decree that will decide the timing and mode of the break-up. Whatever happens the whole company will be sold, that is the entire integrated cycle that goes from storage to the bills collected house by house. It remains to be seen whether the new operators can access the business and under what conditions, upstream or downstream of the network.

Then it will be necessary to study the market conditions and understand who the new shareholders are going to be. The CDP will act as bulwark, as it did with Terna when it was split up in 1999 back when Pier Luigi Bersani was Minister of Industry. It was put up for sale in 2004 by Antonio Marzano and the CDP now owns 29%.

The golden rule of competition, for which liberalists of every persuasion, degree and political preference are fighting, from the «leftist» Bocconians like Francesco Giavazzi and Alberto Alesina to the boys from the Bruno Leoni Institute led by Alberto Mingardi, who publish an annual index of economic freedom, is based on the sharp distinction between the producer and the distributor, and serves to increase competition, improve efficiency and lower prices. In Italy it has been on the red carpet of politics since 1994 when Carlo Azeglio Ciampi was Prime Minister.

And there it will remain, for a long time. It is one thing to write elegant formulas in textbooks, quite another to face treacherous, viscous reality with its powerful interest blocks. The company that controls the networks controls everything. The natural monopoly gives an unrivaled advantage even when, as in the case of telephones and as will be the case with the railroad tracks, one is forced to open the infrastructures to competitors. This is true not only in Italy.

The liberalizing spirits of the European Union, to whom Mario Monti gave an important contribution as Commissioner for Competition, turn back exhausted before a crisis that imposes other priorities, coupled with the constant pressure of the established interests. Let's take gas. In Brussels the main supplier on the continent, the Russian giant Gazprom, is pushing to ward off the split-up of the networks. It prefers to stipulate agreements from one monopolist to another, without continual negotiations on the price, and maybe offer discounts in exchange for an entry as distributor on more appetizing markets. The need to hold onto control becomes more pressing now that an unconventional gas offering is arriving from geographical areas other than Russia and North Africa.

Another question mark concerns the Authorities. There are already 13 and the government had announced cutbacks. Instead, another will be created for the control of public transport excluding air transport. In the meantime, the Authority in charge of electricity, gas and water will extend the radius of its action to every type of network except telephones. With the risk that a solution that was supposed to be temporary may turn into a permanent fixture, and without considering the problem of the different tasks: utility bills have very little in common with railroad tickets and nothing at all with the cost of a taxi.

And you run into a brick wall when you try and discuss with the municipalities whether to increase the number of licenses or how to remunerate the drivers. So even an organism that worked well, in everyone's opinion, under both Alessandro Ortis and now Guido Bortoni, risks becoming an unmanageable monstrosity.

WHAT THE GOVERNMENT ANNOUNCED... AND WHAT WILL REALLY CHANGE

WHAT IT WANTED TO DO: total deregulating of open hours, closing days and promotional sales.

WHAT IT DID: Nothing about promotional sales. With regard to hours, the decree may conflict with the prerogatives assigned by the Constitution to the Region, which have already announced they will appeal to the Constitutional Court.

WHAT IT DID: Until now, the matter has been handled by the municipalities and the government could only assign jurisdiction to the Transport Authority, which still has to be created and will take a position after hearing the opinion of the mayors

WHAT IT WANTED TO DO: Payment of debts by the public administration with government bonds; simpler rules for starting a new business; abbreviating the civil lawsuit trials.

WHAT IT DID: New administrative and judicial bodies have been established: a court for enterprises and an antibureaucracy commissioner. Companies founded by young people need only one euro and can do away with the services of the notary. As regards the public administration debts, no decision as yet.

WHAT IT WANTED TO DO: Abolish any reference to rates, reform the orders, reduce the prerogatives of notaries.

WHAT IT DID: Nothing about the orders. Definitive abolition of the rates, which in any case had already been eliminated long ago, and as regards the notaries, they don't lose any of their prerogatives, but there is a provision for an increase by 500 new professionals, with control of the total number every three years.

WHAT IT WANTED TO DO: Expand sales by pharmacy-equivalent vendors to include some prescription-only drugs.

WHAT IT DID: Prescription-only drugs remain limited to pharmacies but the number of pharmacies will increase by 5000, with liberalization of hours and closures. In effect, there will be a reduction of space for the pharmacy-equivalent stores.

WHAT IT WANTED TO DO: Revise the mechanism of sale of the television frequencies to maximize government revenues.

WHAT IT DID: The competition for assignment, better known as the «Beauty Contest», has been suspended for 90 days: that's how long it will take to evaluate a more profitable sales procedure for the government treasury

WHAT IT WANTED TO DO: Separate Rfi (the Italian Railway Network) from the state railroads and the Snam gas pipelines from ENI. Possibly also separate Bancoposte from the Italian Postal Service.

WHAT IT DID: The separation between ENI and the Snam gas network should take place within six months (there was already a law in this sense dated 2003). As regards the railroads, the Energy Authority (whose prerogatives are extended) will handle this matter and will have to evaluate the possibility of separation. Nothing as regards the postal service.

WHAT IT WANTED TO DO: Abolish the rigidity about dismissal framed in article 18 of the Workers' Statute, simplify the complicated tangle of temporary contracts, introduce a unified contract with gradual safeguards, make flexible labor more costly, reform the system of social safety nets starting with redundancy provisions.

WHAT IT DID: On Monday 23 January the Welfare Minister Elsa Fornero started consultation meetings with the social partners.

WHAT IT WANTED TO DO: Eliminate the exclusive contracts with suppliers, sell part of the company-owned gas stations, allow station operators to aggregate.

WHAT IT DID: Sale of the company-owned pumps did not go through. The possibility of obtaining gasoline supplies freely from other producers is effectively limited to 500 operators out of 25,000, and for a limited amount.