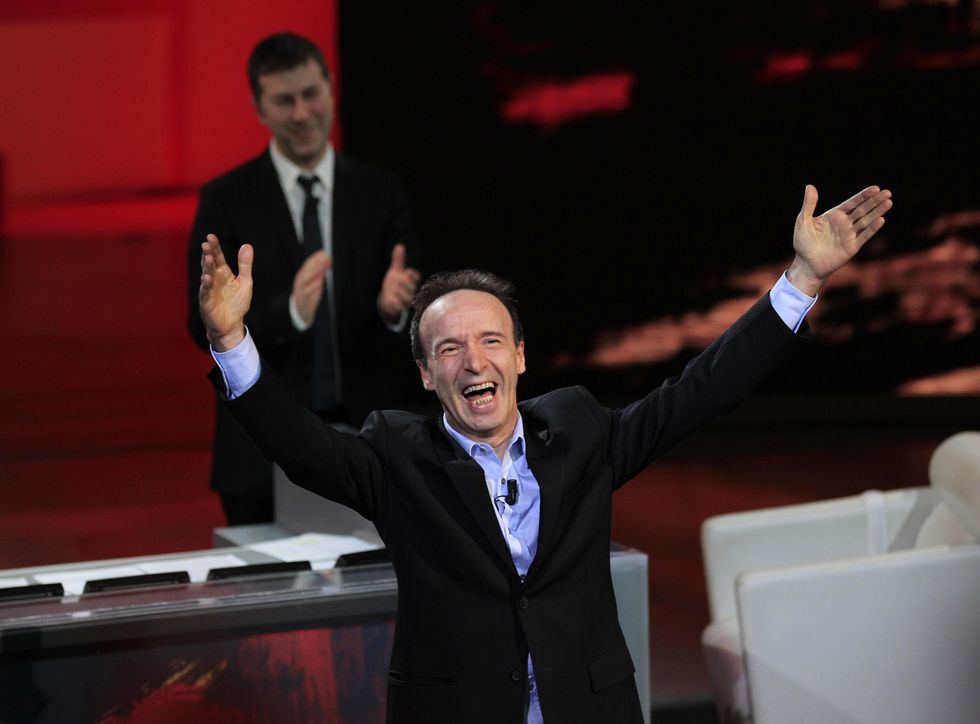 The list of great inventions that the world owes to this country, drawn up by the famous comedian as an instrument to help the Italians rediscover their national pride. He tells us that even «French» kissing was invented in Italy.

(as told to Carlo Piano)

What are you talking about, my dear Carlo?

We Italians invented the word excellence.

We have always been the excellence of the world. We invented the promissory note, finance, banks.

Back in Dante's time, when there was no language and no country, we invented cash, the credits and debts that we have now: we lent money to kings and popes; Edward I of England still owes us.

We should go and ask them to give it back.

We invented perspective, shading, and then there was all the work of St. Benedict who remade Europe and is now its patron saint. In his ora et labora he added the concept "labor" to "pray" and that's how he got all the monks busy.

See what a fine list! Then we made music a language, giving names to the notes and tempo to the beat like forte, fortissimo and con brio, we invented the piano, the violin and the viola. If there is music in the world it's because of Italians.

What a lovely list, what a pleasure to remember all the things we've done: roads, aqueducts and sewers, baths, hygiene and cleaning, we taught the world to shake hands in 1200 in Florence.

Two lanes of traffic and the one-way streets of Rome under Boniface VIII.

We invented the modern kiss, the one with the tongue, that Catherine de' Medici then taught to the Henry II of France and now they call it «French kissing». It was terribly scandalous in those days.

It is such a lovely list, all our excellences: the tablecloth and silverware; the sonnet, without which William Shakespeare would never have existed; opera, the fresco, the first modern artist, Giotto; the first intellectual, Giovanni Boccaccio, who was paid to write; the first architect, Filippo Brunelleschi; law, Baroque Art, Mannerism; political science with Niccolò Machiavelli.

It is an amazing list, with no end to it.

We invented Europe with Pius II, while at Lepanto the Italians under the flag of Venice died to build Europe; an Italian discovered America and a few years later another Italian gave the country its name.

We can learn so much from the past! The Renaissance, the Risorgimento: Italy is the country of the resurrection and of the permanent miracle.

Our ability to overcome any crisis has become the model for everyone else. What lessons for the future! Now Renzo Piano is Brunelleschi, Claudio Abbado is the greatest orchestra conductor in the world, Federico Fellini was the greatest director.

What a fine list! There's no end to it - what a pleasure to tell you all the things we've done!

The Ferrari is the symbol of the most beautiful car you can meet on the road; we invented the Mediterranean diet; we have Ennio Morricone, who is classical and pop, somewhere between Giacomo Puccini and Jimi Hendrix; we have Umberto Eco who is the greatest living intellectual in the world; Giorgio Armani is the Michelangelo of fashion.

And we're generous too, we Italians. What a fine list I've made, how many great gifts we Italians have given the world!

But, my dear Carlo, I really have to stop now because I'm sure you have other things to write about and if I go on I'll take up all your space.