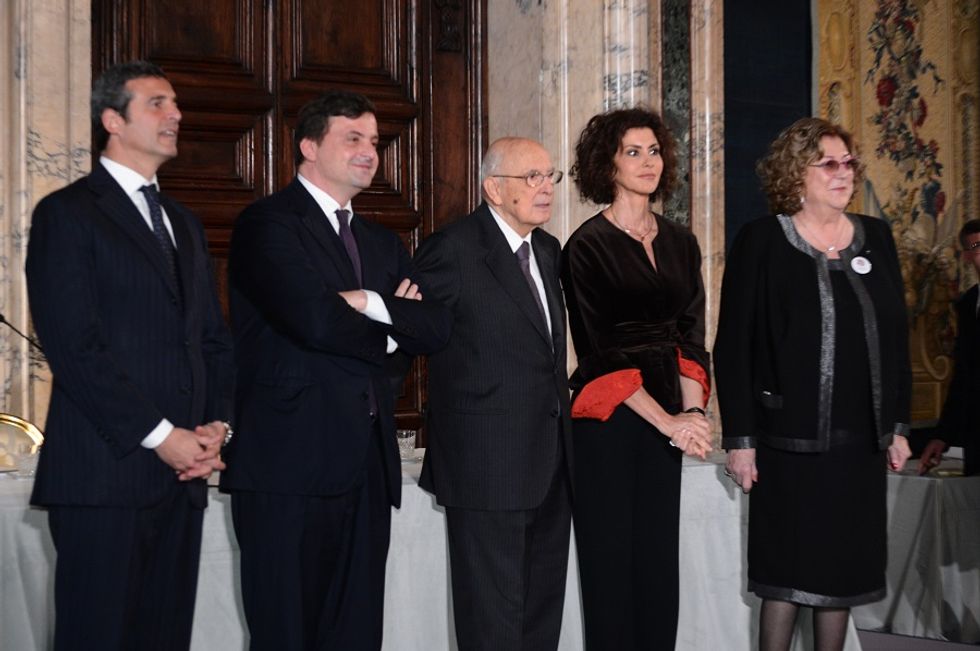 The best of Made in Italy – Premi Leonardo 2013

Quality, sustainability, innovation and export: the excellence of Italy

The Italian President Giorgio Napolitano just awarded seven Italian entrepreneurs and a foreign businessman with the prestigious Leonardo Awards. These prizes recognize Italian and foreign personalities' contribution to the development and the strengthening of the image of Made in Italy as well as the quality of the Italian system abroad.

The first Lonardo Award was conferred nineteen years ago. They are sponsored by the Leonardo Committee, a group founded in 1993 by senators Sergio Pininfarina and  Gianni Agnelli, together with other businessmen and the support of Confindustria as well as the Italian Trade Commission. According to them, these awards would have contributed a lot to spreading and reinforcing the image of Italy in the world. The international prize, instead, was meant to thank a foreign personality that has helped to develop and strengthen cultural and economic ties with Italy.

2013 Leonardo International Award was given to Khaldoon Khalifa Al Mubarak, the CEO of Mubadala Development Company, to show Italian appreciation of his contribution to strengthen economic and trade cooperation between the country and the United Arab Emirates.

The Leonardo Award is meant to praise a personality that was particularly active in promoting the image of Italy abroad, and this year was given ex aequo to two entrepreneurs: Diego Della Valle, Tod's President and CEO, and Gianni Zonin, the  President of Zonin Wine House and the Chairman of Banca Popolare di Vicenza.

Leonardo Quality Awards praise companies that have distinguished themselves during the year for quality and focus on exports. This year they were assigned to Amplifon SpA; Dompé Group Spa; Kerakoll Spa; and Mossi Ghisolfi.

The Leonardo Prize for Start-ups, a new award launched last year, is dedicated to new Italian companies that distinguished themselves for innovation, internationalization and social impact. This year it was assigned to NISO Biomed, a Turin-based company operating in the biomedical field.