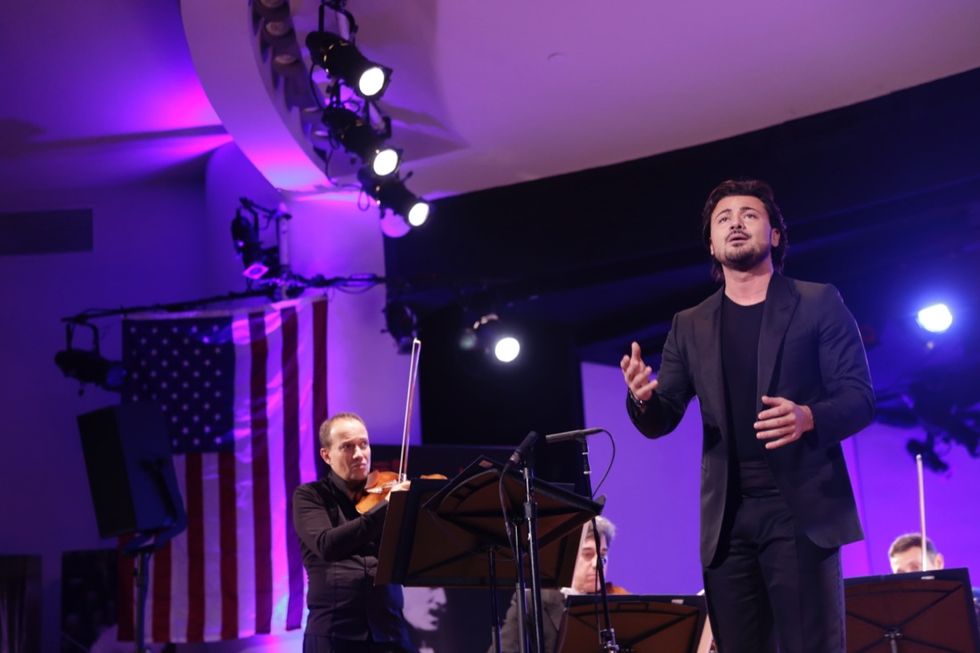 Life, successes and future of the Tenor Vittorio Grigolo

The prince of Italian tenors, the natural heir to Luciano Pavarotti". Thus Giorgio Mulè, director of Panorama, apostrophe Vittorio Grigolo. He is behind the scenes, he has just finished an extraordinary performance at the Guggenheim Museum in New York, a tribute to Arturo Toscanini.

He returns to the stage to tell of himself and his story made of early success, of a warm and powerful voice that is conquering the world. Certainly, it has conquered the United States of America, a country with which the tenor has a particular bond.

Tosca, the most important work

Here I feel at home ", he says, referring to the city that loves him "since the time of his debut with Bohème in the role of Rodolfo at the Metropolitan - says the director of Panorama - But what is the work that has left its greatest mark in your professional life?

Grigolo has no doubt: he is Tosca. "I was eight years old when I first set the stage. My dream had come true. I worked with great artists, including Luciano Pavarotti. I had the honour of being next to him four times, he always gave me a lot of advice, he said that I had charisma and that this is what makes a special person ".

Then his debut at the Scala in Milan. How was that? Mulè question. "Difficult, there was the President of the Republic, television, my family. I was the youngest artist, very excited. It was an experience that made me stronger.

Behind Grigolo, in the meantime, the images of a thousand debuts, meetings and friendships run through:"I have many sports friends, tennis players," he says,"and I always tell them that they can afford to miss a ball, I don't because if I make a mistake, I play my career". And with regard to the goals, the tenor adds:"It is more difficult to keep an old one than to reach a new one, because every time you come before the audience you have to give something more. I study continuously, my voice grows, is maturing and this means that I am on the right track.

There are many awards received by Grigolo in his career. The last one came from Panorama d' Italia: the Leadership Excellence Award. But it's not enough because Grigolo is leaving for Washington where another prize awaits him, the prestigious Niaf, the National Italian-American Foundation.

And then it just doesn't get there, when the photo with Toni Renis appears behind him "when, when you come...". And the hall explodes in a long applause.