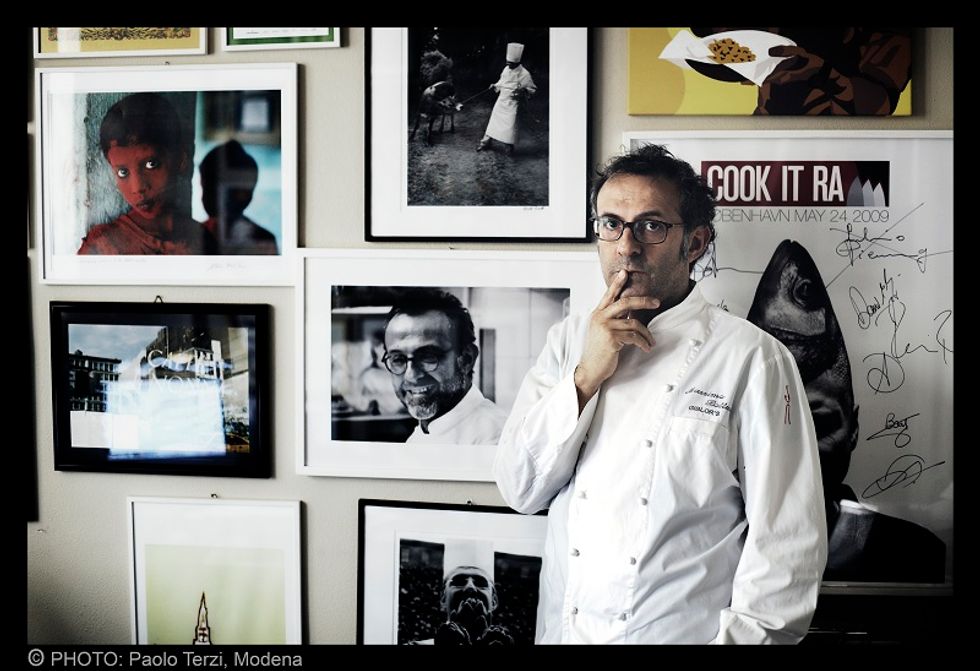 According to Massimo Bottura, his success is all about hard work

Each year the S.Pellegrino World's 50 Best Restaurants award names its pick of the best restaurants in the world. As explained by The Telegraph, "a group of 1,000 chefs, food writers, critics and restaurateurs from 27 regions across the globe are responsible for compiling the list. Each person can cast seven votes for their favoured restaurant, but there is no set criteria to follow when casting their votes: they simply vote for the restaurants that they have had the best experience at over the last 18 months". The problem with this voting system is that "voters are supposed to have eaten in the restaurants they vote for at least once in the preceding 18 months. But no proof of their visit, no expense bill is required, and I know for a fact that this is a major loophole in the process. It gives free rein to the worst maneuvers ?" cronyism, 'flip a coin' voting, geopolitical influence and lobbying", recently complained French chef Joël Robuchon in an email to The New York Times.

Despite this criticism, and while waiting for the organizers to identify a new voting system, the competition will go on and Italy is so proud to announce that Italian chef Massimo Bottura's Osteria Francescana in the northern city of Modena has risen to the ranking of world's top restaurants stealing the gold medal from El Celler de Can Roca in Girona. Osteria Francescana is the first Italian restaurant to hold the position in the awards history - and Bottura underlined the point by brandishing an Italian flag as he accepted his award. He said: "Succeeding these days means using the ingredient of culture because culture is knowledge and knowledge leads to awareness and creates responsibility", adding that "in the end, it is all about hard work". And indeed organisers put his win down to "his unmistakably Italian style. In a country in which food culture is deeply conservative, Bottura has launched an audacious and at times controversial path, gathering consensus in all the world and even winning over Italian critics".

Other Italians recognised by the prize, included Le Calandre, run by the Alajmo brothers in the Veneto region, (39th place) and Davide Scabin's Combal Zero in Piedmont (46th place).