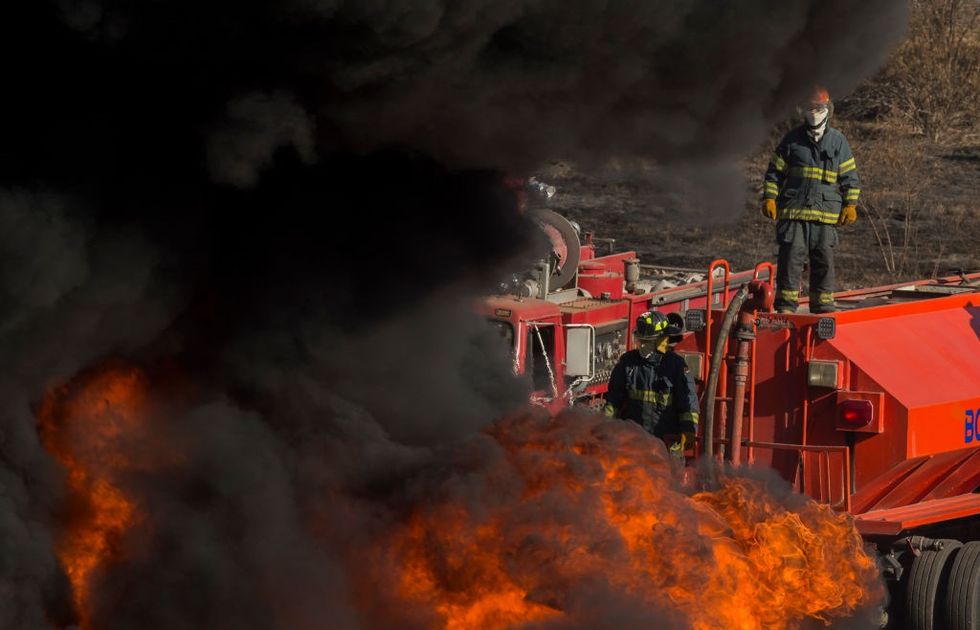 Italy wins the International Firefighting Team of the Year Award

A couple of days ago, the Italian Fire Departments that provided aid during the series of earthquakes in central Italy in the summer of 2016, won the coveted Conrad Dietrich Magirus Award together with the title "International Firefighting Team of the Year 2016." The prize is named after a German fire brigade pioneer and entrepreneur, who is credited with inventing the mobile fire ladder. There are streets named after him in Ulm, Stuttgart and Berlin.

The award was conferred by Magirus, the firefighting brand of CNH Industrial, in front of an audience of more than 700 fire fighters and guests from all over the world at the Congress Centrum in Ulm, Germany. The winners were determined by a jury as well as online voters, who awarded prizes to particularly difficult fire fighting operation. Over 100 fire departments from Europe, South America, Asia, Oceania and the Middle East participated in the competition, but the winners received the most votes both from the jury and online voters.  The prize consists of a trophy statue and a trip for ten members from each fire department to the most well-known fire department in the world, that of the City of New York.

"The winners of the Conrad Dietrich Magirus Award 2016 represent the many hundreds of thousands of personnel worldwide who risk their lives daily and they honour the great physical and mental demands of fire department tasks", said Marc Diening, CEO of Magirus, in his welcome address. The Italian firefighters provided an extraordinary example of exceptional teamwork after a series of earthquakes destroyed numerous villages in central Italy. In about two months, they carried out 26,251 relief operations and approximately 40,000 persons were brought to safety from the rubbles.