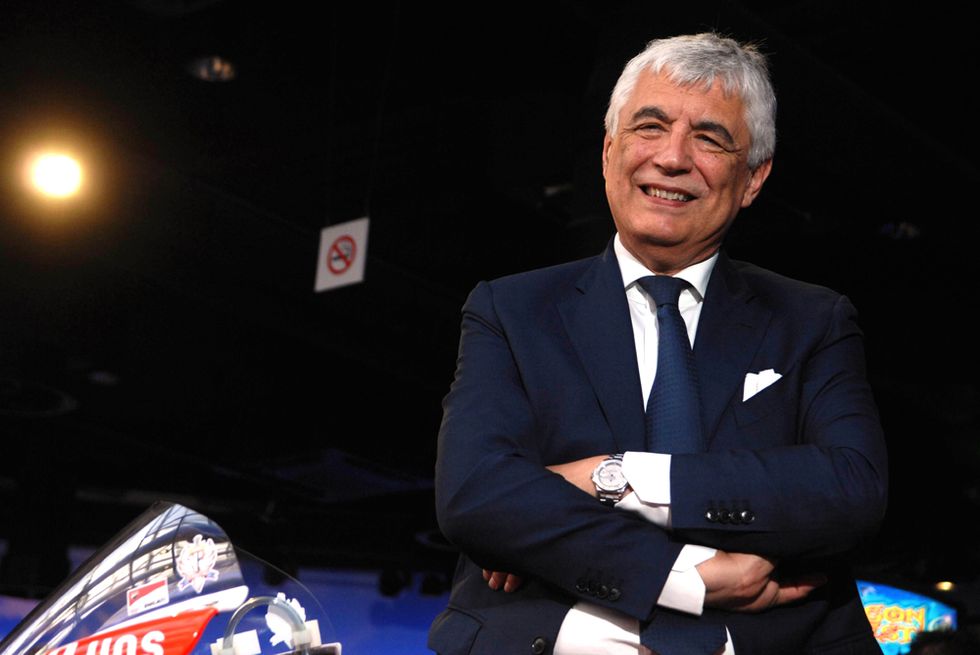 From Comit to the Ferretti Group, getting companies back on track is his specialty. When he headed Ducati the company obtained its best results ever. Now he is CEO of Alitalia and it’s takeoff time

"The idea here is to make a contribution to this battered country. Alitalia is certainly a good picture of the country's problems," grumbled Gabriele Del Torchio to a journalist friend of his when his appointment to the top management of Alitalia was still being discussed only as one of the possible options, like an offer.

Though the "patriotic" challenge was so attractive that he accepted it, his bond with Ducati had to be considered too: because Del Torchio and his red motorcycles have become one of those Italian products beloved all over the world, even by the Germans, actually starting with the Germans.

The Germans of Audi who, when they took over the motorcycle factory in Borgo Panigale, a suburb of Bologna, from the Investindustrial Group of Andrea Bonomi, were very quick to renew the top manager's contract, making it even more lucrative and "ironclad", for good reason: when he took charge in 2007, his first act was to put the company back on the highest step of the world motorcycle racing podium after an absence of 34 years - the first year, in the maximum category, with Casey Stoner on the Desmosedici; then, year after year, he improved performance until, under his guidance, the company had its best year ever in 2012, with revenues for almost 600 million euro.

Now this Varese-born 62-year-old has decided to take on the toughest of all the tough nuts to crack, Alitalia. Not for money or even prestige, but for the thrill of the challenge and his desire to leave another positive mark in a managerial career that can only be defined as brilliant. When all is said and done, Del Torchio is a sentimental guy: "If I should go, my heart would break for the relationship I've built with the city, for the relationship with the company and for everything we've done at Ducati, really a good job, all together", he said, for example, commenting on the difficult choice he was being asked to make.

He knew that at Borgo Panigale?"without detracting from the value of his successor, Claudio Domenicali?"he would leave a vacuum that would be felt by everyone, just as he was starting to feel it himself, having already decided deep in his heart that he would accept.

Everyone has nothing but good things to say about Del Torchio, absolutely everyone, all those who have ever worked with him. At the Comit bank, for example, where the manager started out as a young man fresh from college with his degree in economic and banking science; at Sperry New Holland where he went in 1975, taking just 15 years to reach the top and becoming managing director and chairman. At Fai Komatsu (construction machinery), at Cifa, a company for the construction of concrete installations, at Aps, the multi-utility company in Padua, at Gruppo Carraro, at Gruppo Ferretti?"the superyacht-maker?"where he got the company back on an even keel, despite a particularly difficult situation. Then came Ducati, where he arrived in May 2007, and the first thing he did, without wasting words, was to take a Hypermotard out of the stable and ride around town on it, glowing because "at every red light people would rush over to ask me what kind of bike that gorgeous creature was".

Now Del Torchio knows very well that with Alitalia he'll have a bigger beast to tame. From the throttle to the flight controls is a step about as long as from here to the moon. The company of the "patriots" was losing 280 million euro as of December 31, 2012. Ok, the partners refinanced it?"not all of them and not entirely?"but business is terrible, the economic situation stinks, the rust within is encrusted. Del Torchio will first have to prevent expenses from spiraling out of control and try to balance the operating budget by the end of this year, although he is getting a late start, jumping on a moving train?"or actually plane?"with its nose pointing downward.

The company is working?"with the "middle management" that has been without a leader for two months now?"with its belly to the ground to cut any costs that can be cut: but planes need fuel to stay in the air and there's not much that can be saved on that score. There is a need to give new luster to the brand, beat back the competition of the low-cost companies and even the high speed train service on the Milan-Rome route, overcoming the weight of the Italy-factor that in the eyes of international tour operators is a big handicap. In short, he is up against a very tough test. But that's the way he likes it: challenging. No doubt about it, this one has more adrenaline in it that any other.