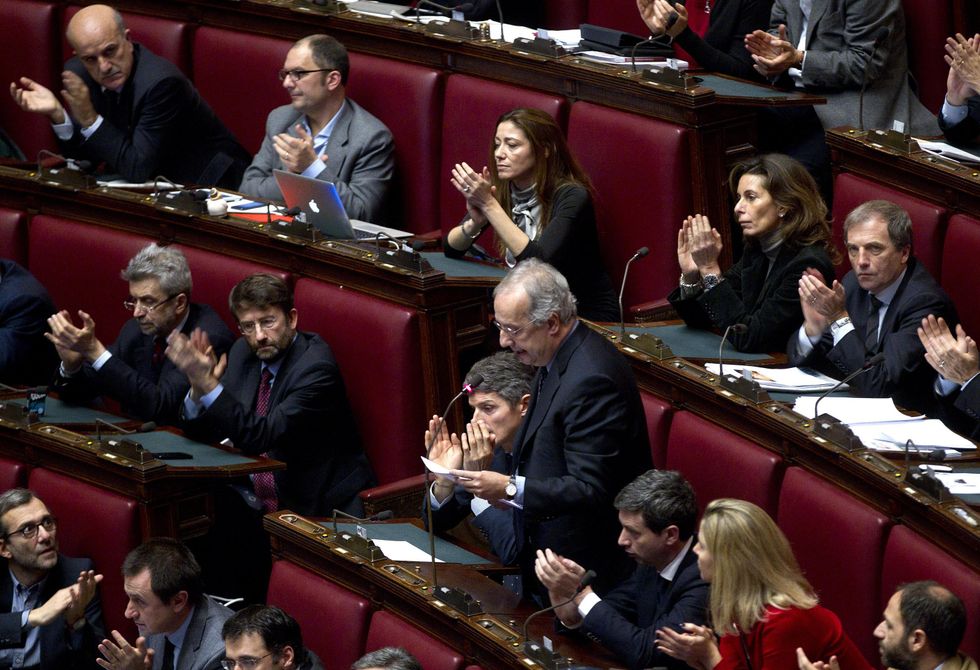 Italians are following step by step and with increasing interest  the evolution of the electoral campaign, which, by now, is running at full capacity and it is set to end in February with elections supposed to renew (it is uncertain to what extent) the ruling class of the country.

Though the percentage of Italians saying they will not cast their ballot is still high, as the political scenario gets clearer and more defined, many citizens that are tempted to vote once again.

What follows below is a brief summary of options offered to Italian voters:

The outgoing Italy's caretaker, Prime Minister Mario Monti has turned himself from a technocrat into a politician and he is campaigning harder than one would have thought.

Monti is in fact now heading a coalition of centrists backed by many leading figures of the so-called civil-society and also by Italia Futura, the political movement founded by Ferrari chairman Luca Cordero di Montezemolo, the centrist party UDC (Union of the Center) and right party FLI (Future and Liberty for Italy).

Monti handed in his formal resignation on Dec. 21 after 13 months at the helm of an emergency cabinet of technocrats, which has introduced a tough austerity drive to steer Italy away from the center of the eurozone debt crisis.

The coalition of centrists will race in the upcoming vote with one single electoral list at the parliament upper chamber, or Senate, and with three separate lists at the lower chamber.

Monti said that, being a life senator, he is not going to run for office in parliament in the election, which is set on 24-25 Feb. In Italy, the premier is appointed by the president after each election and is usually the leader of the most voted party or coalition.

Monti's candidacy could in fact give as a result a stronger centre coalition that might turn out to be  dangerous to Bersani. In fact, in this case, the Democratic party would be at risk of being relegated to a far left position, due, mainly to the alliance with Nichi Vendola, leader of SEL (Left, Ecology and Freedom), well known for being close to radical- Left positions.

Among the Left-groups, beside the historical radical party, there are lists like "Rivoluzione civile" ( Civil revolution), having as leader prosecutors Antonio Ingroia.

The right wing is however, the political area going through the most difficult moment. In this particular scenario, former Prime Minister Berlusconi  has announced his come back. He is constantly participating to several TV shows, though he has  changed his mind several times on whether to stand for premiership again.

His center-right People of Freedom (PdL) party withdrew support to the technocratic government in December, which was due to serve until April 2013, triggering Monti's early resignations.

Still in the right-wing, among the several independent lists supporting PDL, there are some more lists, like "Fare" lead by the famous business journalist Oscar Giannino promoting liberal economic policies application, and the Northern League, that has just confirmed its support to Berlusconi.

Outside the traditional political schemes: right, centre, left, there is Movimento 5 Stelle (Five Stars Movement,) headed by comedian Beppe Grillo, which, despite a light contraction, is still getting relevant consensus.