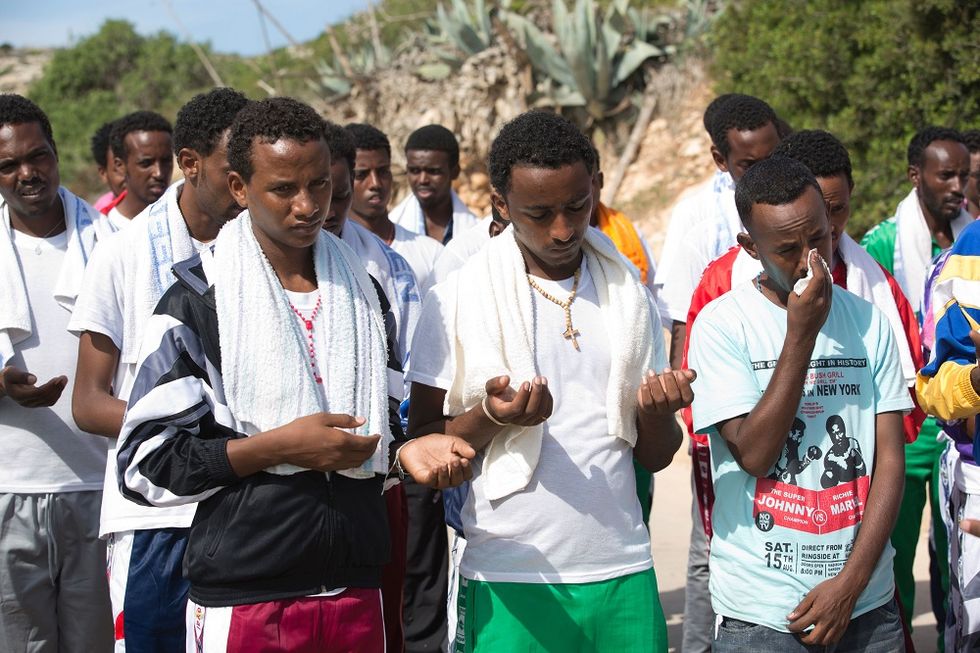 Each year, photo lovers cannot wait for World Press Photo to release the names of the authors of the best photojournalism images produced over the previous twelve months. This year, winning images were selected from among 97,912 pictures submitted by 5,692 press photographers, photojournalists, and documentary photographers from 131 different countries. 42 of them, representing 17 different nationalities, were awarded for works covering eight categories.

Although the winner is Mads Nissen, the Danish photographer who shot the stunning image Jon and Alex, a gay couple, during an intimate moment in St. Petersburg, Russia, a few Italian photographers made the top ten.

Pamela Chen, a member of this year's World Press Photo jury and the editorial director of Instagram, explained in a statement quoted by Time magazine that the jury this year was "was looking for an image that would matter tomorrow, not just today." All pictures show "what a professional photographer can do in a daily life situation, setting a professional standard for story-telling in life:" contemporary issues, daily life, news, all is represented in a very deep and challenging way."

Massimo Sestini won Second Prize in the General News Singles category with a powerful image of asylum seekers traveling by boat off the coast of Africa on the Mediterranean. As explained by Time, "The image is part of series that depicts the treacherous conditions in which tens of thousands of migrants and refugees attempt the crossing between Africa and Europe, packed in rickety motorboats with limited supplies. But they also reveal, in a manner rarely seen, the human faces of some of the men, women and children who risk everything to make it to Europe."

Another picture that impressed the jury is the one sent by another Italian photographer, Paolo Verzone. It is the image of a cadet of the Koninklijke Militaire Academie in the Netherlands, one of the most prestigious Military Academies in Europe.