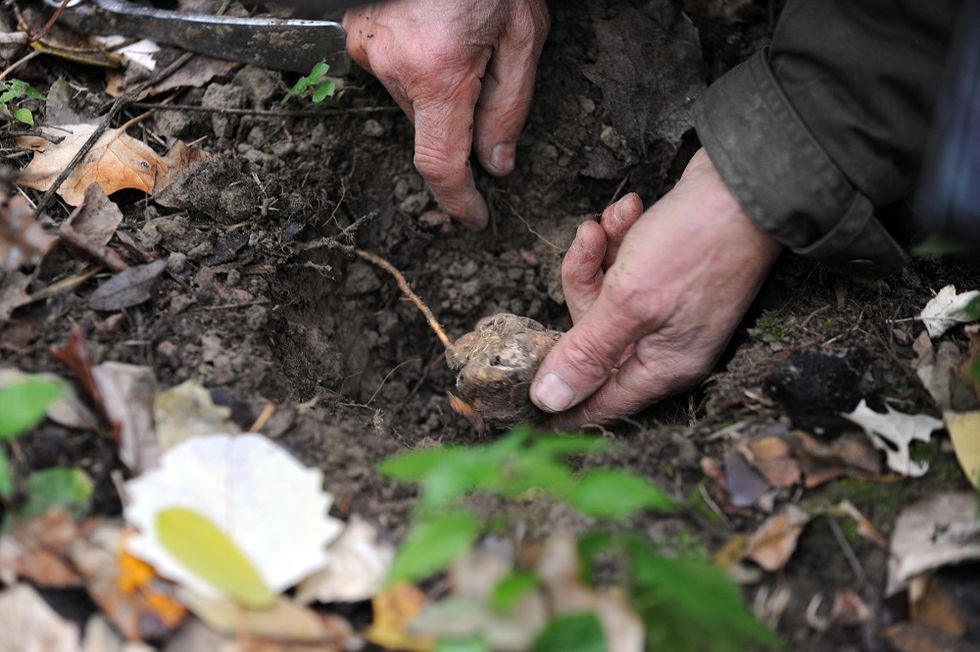 The secrets of Piedmont's cuisine

Piedmont's food is generous, displaying the colours of the region's rainbow. A tradition which offers infinite types of flavors, aromas and tastes. From west to east, from the harsh rugged mountains to the fertile plans and rolling hills, Piedmont offers an infinite range of delicacies. Sipping one of its great wines is the best way to start discovering its many miracles.

The best season for discovering the secrets of Piedmont at table is undoubtedly autumn. This is the perfect time of year to enjoy wine and truffles, two of the mainstays of the region's culinary tradition, which over the centuries has been subjected to French influences, but which also has unique features of its own.

In ancient times, truffles were known not only for their gastronomic qualities, but also for their aphrodisiac properties. The best way to bring out their aroma is to eat them row, sliced thinly. In the area of Alba between mid September and late December you are likely to bump into trifulau, the truffle hunters accompanied by their faithful dogs, which are kept hungry to help keep their sense of smell keen.

A Piedmontese lunch is a real ritual, starting with the ever-present antipasto: aromatic salami and hams, meat served with sauces or in salads, stuffed vegetables, omelettes, and cheese in an incredible number of varieties and combinations. First course dishes are extremely rich, such as the country dish of agnolotti or ravioli (fresh pasta stuffed with meat). This was eaten on feast days in the country, and together with other types of fresh pasta, such as taglierini, represented an alternative to rice, which is a fundamental ingredient in the traditional diet. The king of rice dishes is paniscia from Novara (the version from Vercelli is called panissa), a hearty risotto with Savoy cabbage and beans, flavoured with salami.

The whole region offers opportunities for unforgettable gastronomic adventures, but the glory of Piedmontese cookery can be found in the south of the region, between Monferrato and Langhe. Here, meat reigns supreme, despite the fact that the cuisine has humble origins, due to the poverty of the area in the past. Ox, beef, veal, pork, poultry, rabbit and game are all cooked in a variety of ways, from the simplest (grilled, kebabs and barbecues) to the most complex, such as brasato, braised meat cooked slowly in wine, or bollito misto, a dish of mixed boiled meats in which the balance of flavors between the various meats is combined with classic accompying sauces.

One of the curiosities of the Piedmont cookery, perhaps the typical dish per excellence, is bagna caoda. This is a sauce of anchovies, olive oil, butter and garlic, served boiling hot, together with row vegetables for dipping: peppers, cardoons, celery, carrots, Jerusalem artichokes and cauliflower.

In Piedmont it is common to find pastry shops offering unforgettable specialities: krumiri di Casale Monferrato (whose shapes seems to imitate the moustache of Victor Emanuel II, first king of Italy), amaretti and torcetti. In Turin, the local speciality is chocolate, the food of the gods. Torinese chocolate have created many delicacies, but first and foremost is gianduiotto, a delicate cream of cocoa and hazelnut paste. A perfect opportunity for getting to know and taste the typical products of Piedmont (and elsewhere) is Turin's Salone del Gusto (the Food Show, which takes place in October), one of the most important food and wine events in Europe.