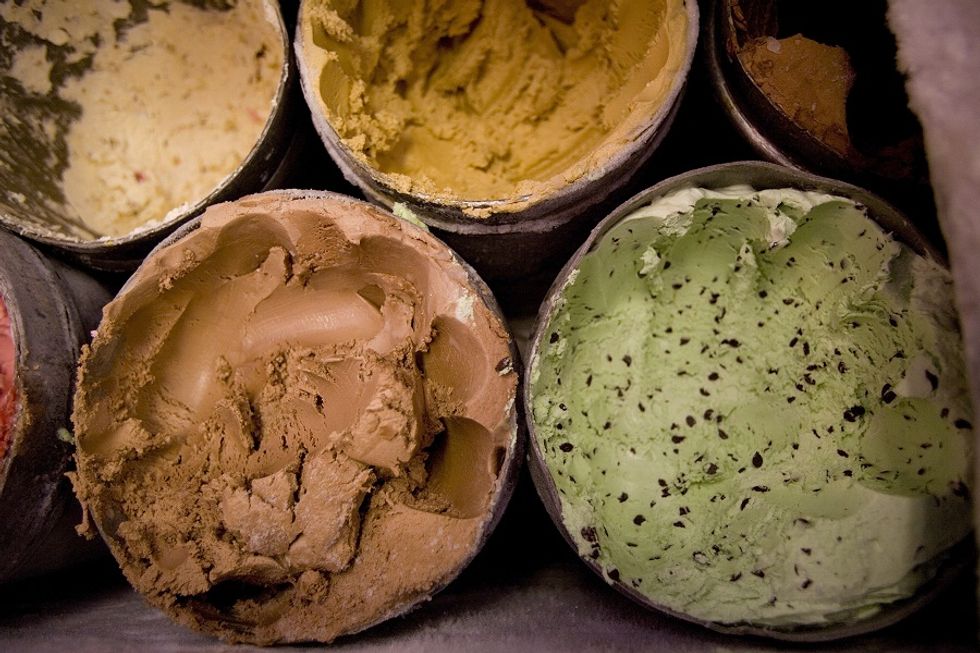 The power of Italian ice cream

The best gelato in the world is made in Australia

In early September, 70,000 gelato lovers gathered in Rimini to eat something like 6.5 tonnes of ice cream in hundreds of different flavours. This unusual but delicious Italian reunion was the perfect closure for the successful Gelato World Tour competition, with gelato chefs coming from all over the world to allow the Italian people who joined the event in Rimini to choose the best among their specialties.

The Gelato World Tour competition passed through Rome, Valencia, Melbourne, Dubai, Austin and Berlin before reaching Rimini for its Grand Finale, and in each city the best "gelato artists" have been offered the chance to compete with their peers in Italy where one of them would have been eventually nominated by a technical jury made by some of the world's most venerable gelato professionals the best ice cream maker in the world.

This year, the winners were from Sydney, Australia. John and Sam Crowl of Cow & Moon gelateria and coffee bar enchanted everybody with their almond affogato, "a creative Madagascan vanilla-bean rendering with roasted caramelised almonds folded through with a Kenyan-coffee caramel sauce".

Ice cream is an essential component of Italian culture, and Italy is probably one of the few countries in the world where the difference between mass-produced gelato and artisanal ice cream is clear to everybody. The Gelato World Tour is said to have contributed to the spread of this consciousness, and this is the main reason why the event was nicknamed "the Olympics of Artisan Gelato".

Beyond tasting delicious spoons of gelato, the people who joined the Gelato World Tour also learnt that there is a Gelato University in Bologna, which is sponsored by Carpigiani, one of the Italian most famous manufacturer of ice cream machines and equipment, and it is extremely prestigious. According to its director, Kaori Ito, the University caters to about 7,000 students a year. Courses are held in Italian, English, French, Spanish, German, and in January classes will be offered in Putonghua as well.