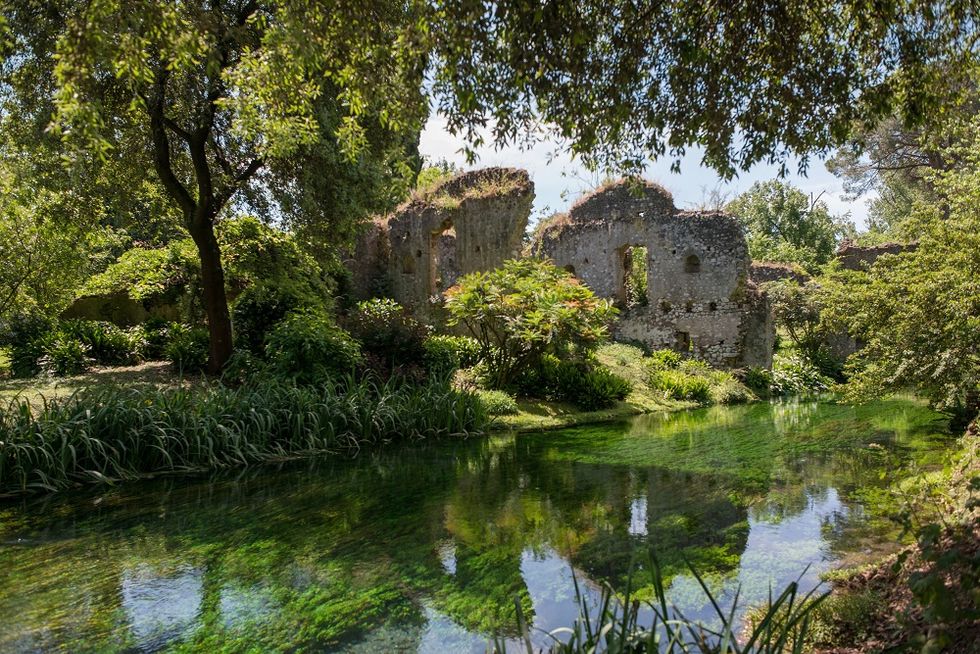 A botanic fairytale starring the natural wonders of the world

Ninfa is a beautiful garden that in 2000 was nominated a "Natural Monument of the Lazio Region". And Ninfa is indeed a beautiful place that the British garden expert Rory Stuart recently included it in the top ten of world's most beautiful gardens, describing it as "a romantic ruin garden created by three generations of woman, with water everywhere. Achieved with artful care, so that it seems almost natural".

The New York Times loves Ninfa as well, and for the American daily it is actually "the most beautiful garden in the world". For the Australian magazine Italianicious, stepping into the Ninfa Garden means entering in a fairytale world, "a botanic fairytale starring the natural wonders of the world - giggling waterfalls, rare plants, different species of birds and quaint bridges that seem made-to-measure for the Seven Dwarfs. It's a magical, mystical and romantic spot that will soothe the soul of garden lovers".

When, in the 8th century, this area in the southern part of the Lazio region became part of the Pontifical State, just a few people used to live there. Indeed, the town of Ninfa was founded only three centuries later. In 1298, this little town was bought by Pietro Caetani, the nephew of Pope Bonifacio VIII. Several decades later, the Caetani family moved back to Rome and Ninfa became a ghost town.

In 1921, the Ninfa renaissance began thanks to other members of the Caetani family: Ada Wilbraham, Roffredo, Marguerite Chapin and Lelia. They repopulated the garden with 152 different kinds of birds, 26 mammals and 1500 varieties of plants, with 400 species of roses among them. The beautiful river crossing the garden, instead, has now cherry trees on one side and Siberian birches on the other.

In 1970, the Roffredo Caetani Foundation was founded, to preserve the beauty of the garden, and complete its transformation into a fairytale world.