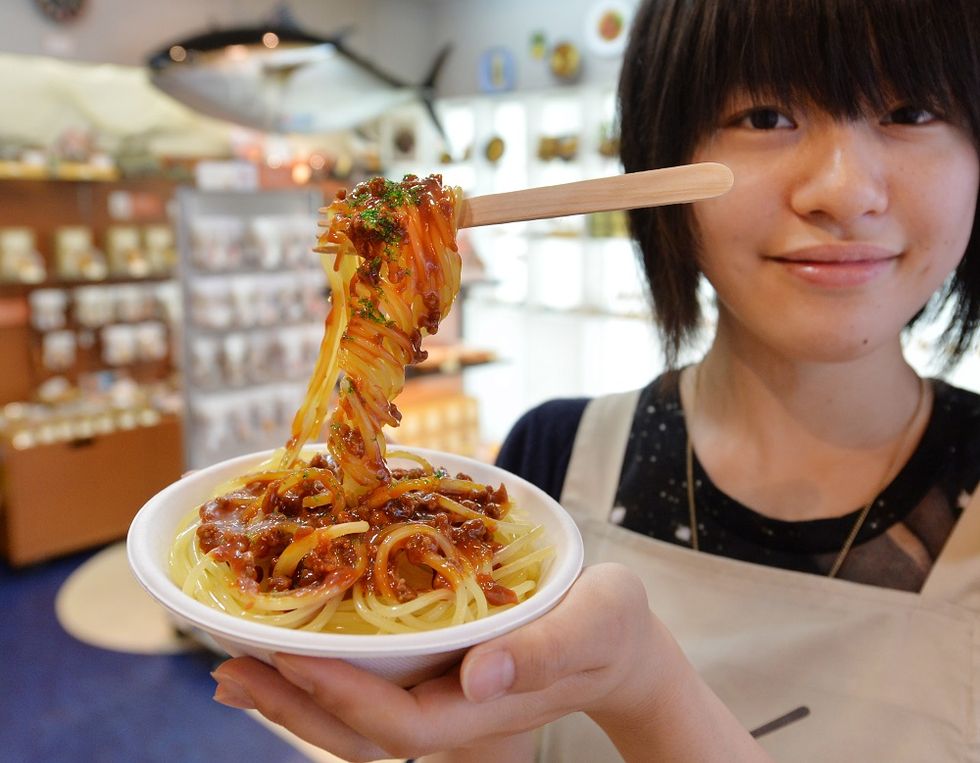 Italy and UK contending the origins of Spaghetti Bolognese

Tagliatelle vs spaghetti, discussing the most suitable pasta to match a good ragout

Last month, a controversy was sparked in the world of food-lovers around the issue of the authenticity of the popular spaghetti Bolognese dish.

A long list of famous chefs debated around the real geneses of the recipe, and they all agreed on the fact that it originated in the United Kingdom, from where it was disseminated all around the world. Even Massimo Bottura, whose Osteria Francescana in Modena has recently been named the best in the world, complained about "crazy versions" of the pasta dish.

The real pasta al ragout should be made with tagliatelle and the sauce should neither include extravagant spices, not even garlic. Nevertheless, Piero Valdiserra a marketing executive from Bologna has recently made some researches that may prove the famous Italian chefs wrong.

As explained by the British daily Guardian, by examining some old texts and books, he found evidence that the recipe of spaghetti Bolognese was already used about five centuries ago and therefore is rooted in Bologna's culinary tradition. Spaghetti has been consumed and produced in Bologna and in the neighbouring countryside since the 16th century. According to Valdiserra, tagliatelle was favoured by wealthy people who could afford to make the fresh pasta with eggs, while common people were content with the more simple spaghetti. Moreover, restaurants preferred serving tagliatelle, mostly because fresh pasta cooked faster.

Valdisserra adds anecdotal evidence to his historical findings. As far as I am concerned, I remember myself, my friends, my relative and families, consuming spaghetti al ragout forever, so it is not only a matter of documents but also family history," he declares. Those who want to learn more about the subject can read his newest book: "Spaghetti Alla Bolognese: L'altra Faccia Del Tipico - Spaghetti Bolognese: the Other Side of Tradition", whose conclusion is, unsurprisingly, that tagliatelle still is the most suitable pasta to match a good ragout.