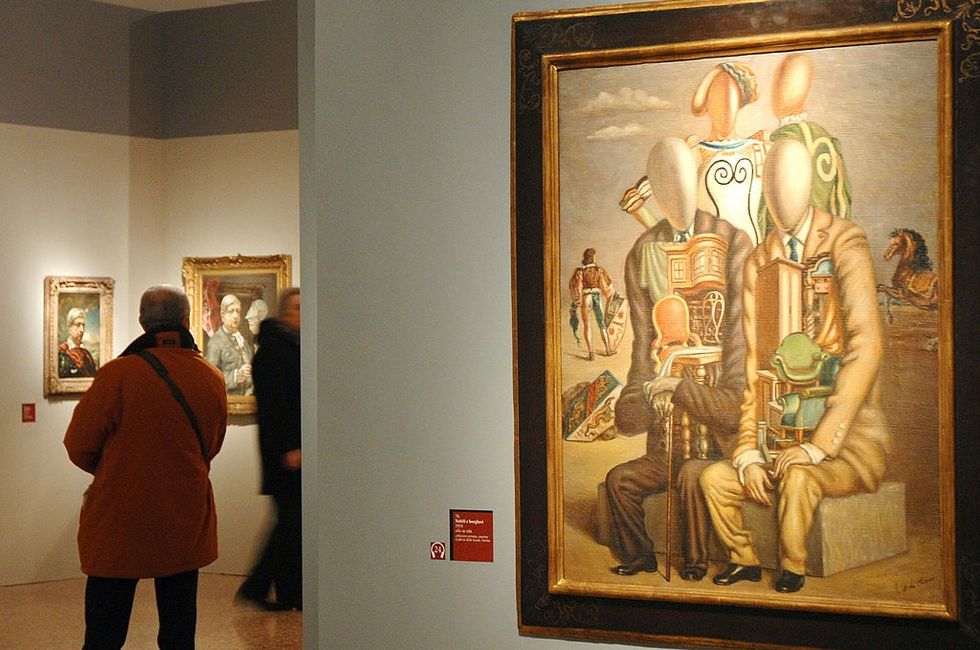 An exhibition to explore the beauties of the genre

Until December 11th 2016, the city of Parma will host a very interesting exhibition "Pop Italy - Art in the Glorious Time". The Italian experience in Pop Art was in line with the other experiences abroad. At the same time, it was also very unique in terms of language compared to other countries.

The exhibition is hosted by the Magnani Rocca Foundation and the curators are Stefano Roffi and Walter Guadagnini. It opens up with two emblematic works of art: Giorgio de Chirico's "Piazza d'Italia" and "Sacco" by Alberto Burri. The two artists represent the Italian contemporary way to approach reality and objects. De Chirico and Burri are then followed by Italian beautiful minds belonging to the "futuristic" trend, such as Giacomo Balla, together with "neo-metaphysic" characters like Marco Schifano or Tano Festa.

However, visitors should not miss out the real forerunners of Pop Art, people who have grasped the great change of the after war (in the 1950s), who were able to express it in visual art. It is the case of Mimmo Rotella, Enrico Baj and Gianni Bertini. They seem to walk hand in hand with "new-Dadaism" representatives from the United States, like Jasper Jones.

The Golden Age of Italian Pop Art is definitely framed within 1960 and 1966 and highlights great names, such as Gianfranco Baruchello, Renato Mambor and certainly Schifano. Pop art developed in Milan and Rome but it soon expanded throughout the country.

The exhibition finishes with a section devoted to the new language emerged from the evolution of Pop language that uses mass culture and images to create a "political art". Artists like Schifani, Spadari and De Filippi stand out as critics, who have contributed to the diffusion of "Italian Popism".

Finally, the exhibition is accompanied by sculptural and painted works of art that will definitely impact the visitor, marking the experience unique.