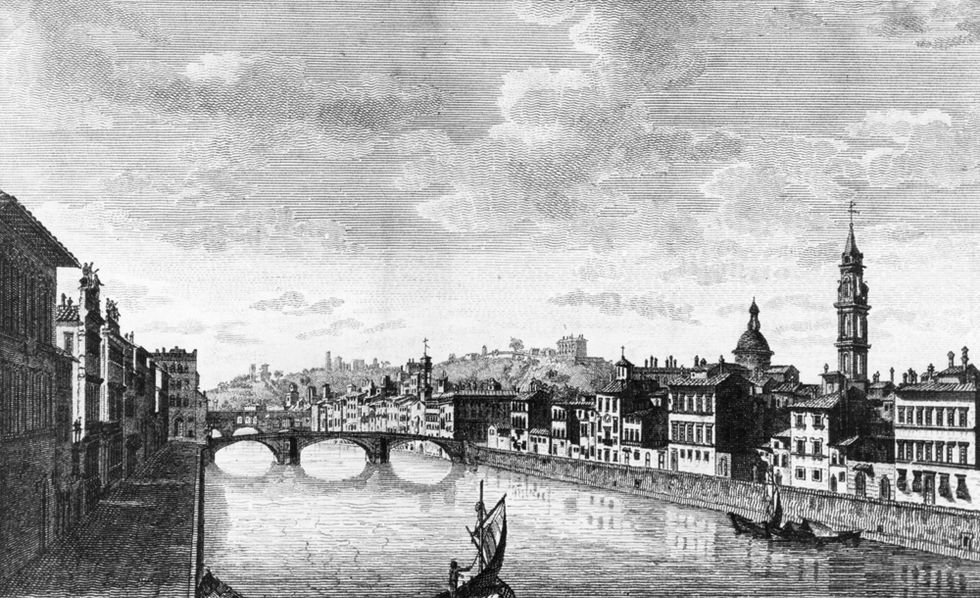 The masterpieces of the Renaissance, on exhibit in Florence, represent a shared artistic (and political) patrimony

The sensation of contentment and pride one experiences visiting the Bargello in Florence or the Victoria and Albert in London is all found in concentrated form in the exhibition, La primavera del Rinascimento (The Renaissance Spring) in Florence until August 18. It represents an awareness never previously or so continuously expressed of the pre-eminence of post-antiquity Italian art, in the exultation of man through statuary embodying heroic and spiritual virtues.

In fact, what took place in Florence at the beginning of the 15th century was the highest expression of the relationship between power and politics. And it will remain, as a cultural inheritance, the very essence of Florentine nature. Filippo Brunelleschi, Donatello, Paolo Uccello and Masaccio all represent a common heritage, the spoken word of the Florentine common man, instinctively cultured due to awareness of the primacy of their city. Those names remain a common, shared heritage; they are living contemporaries. It is an extraordinary, singular sign that the mayor of Florence, Matteo Renzi, as a guest on a popular music program, uttered before the young studio audience the name of Brunelleschi. And it is not without significance that, since the fascist period, no Italian politician has ever pronounced the name of an artist as a symbol of Italy.

It is dead certain that Giulio Andreotti never uttered the name Bernini, nor did he ever appreciate the connection between Rome and the Baroque, like that between Florence and the Renaissance. In major foreign museums, Italian School means Giotto, Donatello, Piero della Francesca, Sandro Botticelli and Leonardo da Vinci. The great Italian civilization is synthesized in the word Renaissance, much more than Risorgimento. The same way Impressionism is synonymous with France. Today, that history and those ideas are offered in the exhibition, La primavera del Rinascimento. La scultura e le arti a Firenze 1400-1460 (The Renaissance Spring. Sculpture and the Arts in Florence, 1400-1460).

It is no accident that the second venue of this great exhibition is in Paris, the Louvre Museum: Florence-Paris. But the foundation of the Florentine avant-garde in the 15th century, based on the greatness of the ancient world and Rome in particular, is its connection with classic statuary, starting with the original decision of the Calimala guild in 1401 to provide new gilded doors for the Baptistry of San Giovanni. Taking part were Filippo Brunelleschi, Lorenzo Ghiberti and Jacopo della Quercia. In the exhibition, alongside the panel by Ghiberti, is the torso of a centaur from the 1st century from which this Florentine sculptor drew inspiration. In the words of exhibition curators Beatrice Paolozzi Strozzi and Marc Bormand: "The awareness of living in such a privileged time, to be part of a reawakening in which ancient culture found new life in Italy, shines throughout the writings of the Humanists."

Leon Battista Alberti was fully aware of this and, in his De Pictura, names four founding artists of the Renaissance, three of whom were sculptors: Brunelleschi, Donatello, Lorenzo Ghiberti and Luca della Robbia. And it is the meticulous demonstrative and explanatory approach of the exhibition that confirms the primary importance of sculpture in the development of a new way of thought, a renovation, that translated Roman civilization into civic and Christian values.

Another example on view is the imposing bronze of the pseudo-Seneca from the Naples Museum of Archeology which was found in Herculaneum, and therefore unknown prior to 1754, recreated by intuition in the Testa di profeta by Donatello in the Bargello. It is absolutely true that from Roman art the Florentines also developed a realistic and physiognomic approach. As Aldo Galli writes, "the most macroscopically new element in the figures of Donatello would have been seen by contemporaries in how individuals were characterized". That they appeared to be "almost alive and no longer statues" is confirmed by the anecdote by Giorgio Vasari who reports that Donatello, in front of his Prophet Habakkuk, known as the "Zuccone", or pumpkin-head, exclaimed, "Speak! Speak! A plague on you!"

This exhibition narrates, documents, exalts. The section of paintings by Filippo Lippi, Paolo Uccello and Andrea del Castagno shows what is rightly defined as "sculpted painting" for the statuesque power of the images that renews the eloquence of ancient statuary. Donatello is present in every section with marvelous works whose only competition is from Masaccio, represented with his monumental?"albeit small in size?"San Paolo from the polyptych in Pisa. Sublime from an ideal aspect is the Virgin with Child from the Ospedale degli Innocenti by Luca della Robbia. But also sublime from a realistic sense the life-like portraits of: Niccolò da Uzzano, long attributed to Donatello, but now returned to their rightful creator, Desiderio da Settignano; Giovanni di Cosimo de Medici (with the mandible in the style of Belpietro) by Mino da Fiesole, also represented by the speaking Diotisalvi Neroni; and Giovanni di Antonio Chellini by Antonio Rossellino.

In short, a world, the entire world, brought back to life in Florence as it will never be again, not even in the Paris of Pablo Picasso and Amedeo Modigliani. Regarding which, of note in the exhibition, following on the stiacciato by Donatello in the Banchetto di Erode, is the Madonna con il Bambino by Agostino di Duccio which was transferred to France during the Napoleonic era. A refined and "decadent" work in its extremely linear Jugendstil, with a womanly elegance not surpassed even by Modigliani. For this reason, it is quite unlikely that the bas-relief with San Sigismondo in viaggio verso Agauno (from the Tempio Malatestiano in Rimini) could be by the same great artist, entrusted by Agostino to one of his less-expert students who transformed Donatello's stiacciato into something rigid. A work that marks an exception to the dominating pre-eminence of Florentine artists in the exhibition, despite the generous efforts of cataloguer Alfredo Ballandi who in the meantime has produced an extremely useful book on the history and critical reception of 15th century Florentine sculpture (Scultura fiorentina del Quattrocento) which always gives rise to amazement, never indulgence.