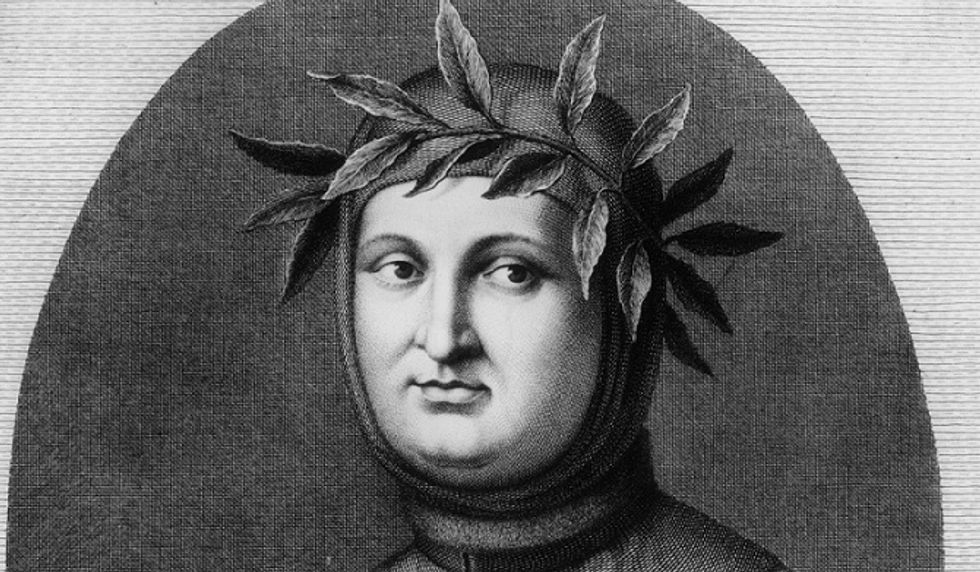 He was a scholar, poet, and humanist and influenced literature for centuries

On July 20th, 1304, one of the most famous and influential Italian poets was born: Francesco Petrarca, known in English as Francis Petrarch. He was a scholar, poet, and humanist and influenced literature for centuries: coming from Arezzo, Petrarch was the son of Sir Petracco, a notary who was expelled from Florence after one of the many sectarian conflict afflicting the city.

He spent most of his youth in France, where he also started his studies. In 1323, Petrarch moved back to Italy, to study law in Bologna. Italy and Europe were in a time when the Middle Ages weren't concluded and the Renaissance had yet to come, and Petrarch contributed to a cultural revolution. While studying law, he started studying Latin literature and composing short poems.

On April 6th, 1327, a life-changing event occurred. He was at the church of Sainte-Claire d'Avignon, when suddenly he met the most beautiful woman ever seen: Laura. At the time, she was nineteen years old, blonde and lovely in appearance: in a moment, Petrarch's heart was broken, but the pains of love were the source of inspiration for some of the most enchanting sonnets ever written. The words of indescribable love with no cure gave him fame among his peers, and, in 1341, he was crowned as a poet laureate in Rome, during a ceremony that generations of writers dreamt of for centuries. Moreover, the writings of Petrarch, together with those of Boccaccio and Dante unanimously considered to be the masterpieces of Italian Humanism and pillars that shaped the birth of modern Italian language.

Unfortunately, Laura died of plague in 1348 and Petrarch himself passed away on July 18th, 1374 in Arqua in the Euganean Hills. 2014 will mark an important anniversary, as seven hundred and ten years will be passed since Petrarch's birth. A date not to be missed, as Italian cultural institutions are already planning adequate celebrations, and it is likely that also Italian Cultural Centers abroad will organize dedicated events.