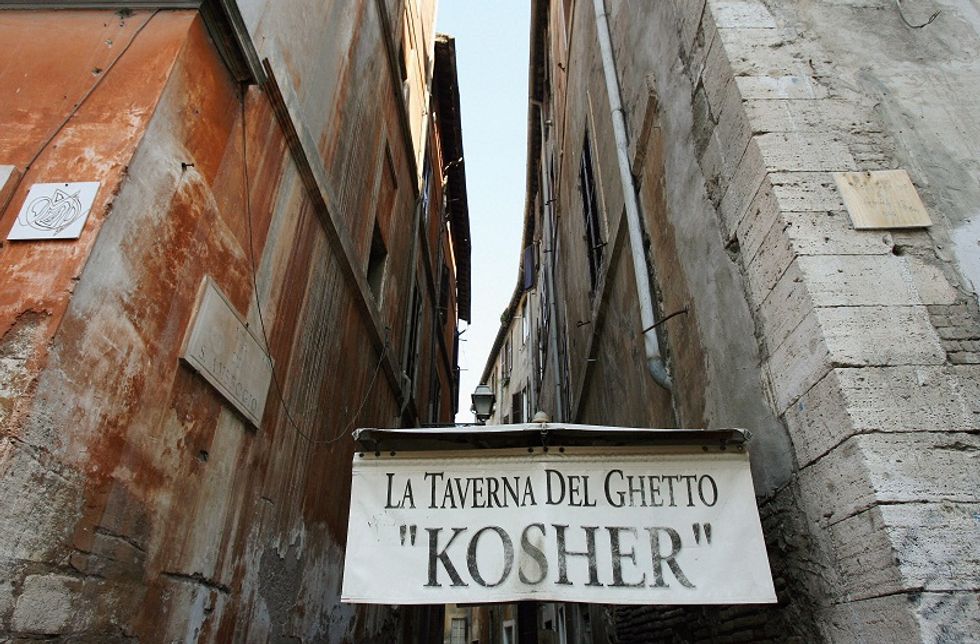 An interesting walk in Rome's ghetto

It is a mosaic of times and culture, with old ruins mixed with new buildings, traditional food and kosher sushi

The New York Times describes it as "one of those chunks of urban surrealism that you come across only in Rome", and it is true that the Portico d'Ottavia is one of the most fascinating corner of Rome's former Jewish ghetto.

It is indeed an incredible mosaic of times and culture. With old ruins mixed with new buildings, as well as traditional food (artichokes in particular, but also hummus and couscous) offered side by side with an original and unexpected kosher sushi.

While seventy years ago, when the world was at war and Rome was occupied by the Nazis, the ghetto was a virtual prison local Jewish community, today Italians pop down there as New Yorkers are used to do to Little Italy or Chinatown. However, the huge contrast between the ghetto's present and past is palpable, and sometimes its festive atmosphere can be perceived as inappropriate among all those ruins. For all these reasons the Portico d'Ottavia is a very interesting place to visit.