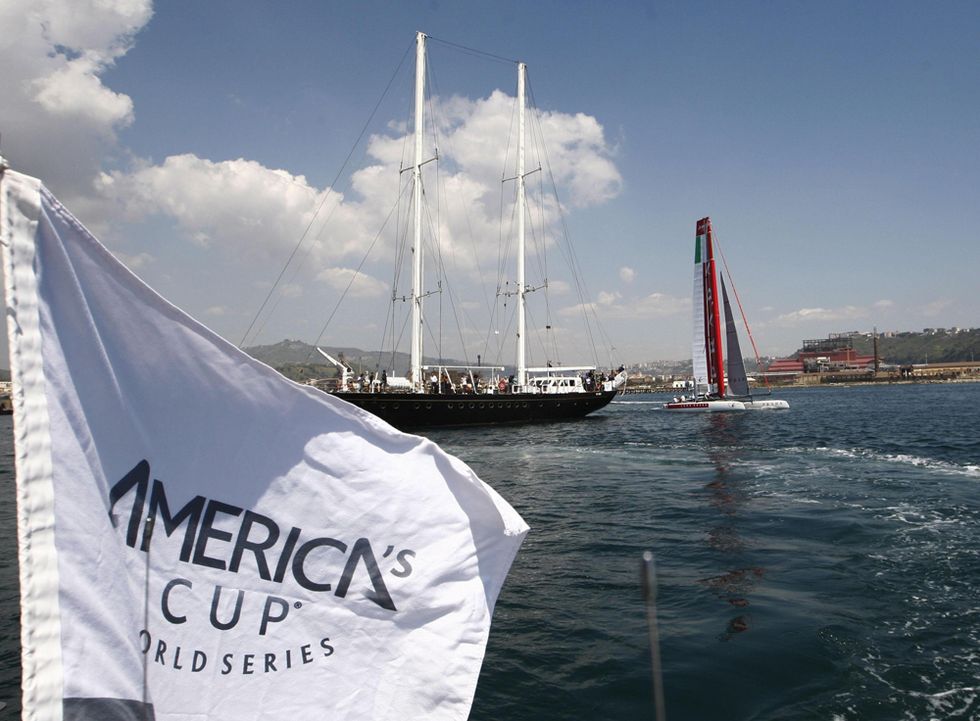 Naples celebrates with the America's Cup

Last year there were peaks of as many as 200,000 spectators on the Promenade in Naples to watch the regattas of catamarans in the AC World Series

For nine days Naples will be a little capital of the sailing world: from April 13 to 21 a series of regattas has been scheduled, in particular from April 18 to 21 when the final leg of the America's Cup World Series will be held, with nine teams participating. It is the last important event before the big summer of San Francisco, where the 34th America's Cup will be disputed.

But more is going on in Naples than sailing, because in the nine days of the event the city will show the best of itself to the international public, confirming the success of the past year when, according to a Deloitte report, it had a return of three times the funds invested. If the «2012 edition contributed to change the image of Naples and erase the memory of the garbage emergency» as the mayor, Luigi De Magistris, claims, this year the city can, as the president of the province Antonio Pentangelo hopes, «demonstrate its ability to go forward and host even more important events».

The effect of the America's Cup has been to "prime the pump", so to speak, and this is confirmed by the number of other events hosted by Naples in the last few months, like the Davis Cup, last year, and the start of the Giro d'Italia bicycle race, on May 4, or the Universal Forum of Cultures. For this reason, the city and province, with the Region, presided over by Roberto Caldoro, and the Chamber of Commerce, headed by Maurizio Maddaloni, plan to extend the functions of America's Cup Napoli, a company created for the regattas, and have it become the engine of all the important events in Naples. Certainly, this year the city will have to deal with the additional traffic problem posed by the collapse of a building on Riva di Chiaia, which has caused the protests of the local business community. The mayor responds that it is just events like the America's Cup that can help the city to relaunch those businesses damaged by the disaster.

Opinion in the city is divided, however, as many must struggle to enable their passion for sailing to survive the daily hardships of a complicated life. The best example is that of Pippo Dalla Vecchia, president of the Royal Yacht club Canottieri Savoia: «To get from Pozzuoli to the club I'll probably have to swim, following the example of Mao Zedong and Grillo with their historic crossings». Despite the jibe, Dalla Vecchia is satisfied, «because this year the Neapolitan clubs are going to be involved more: our premises will be open to the members of clubs from all over the world and with the Grande Vela committee we have organized the Vela Longa regatta, which will be open to everyone, on April 13, and on April 14 there will be a coastal regatta for the AC45 teams of the ACWS, with a prize of 50,000 euros». «It is not, strictly speaking, a sailing event» remarks the president of the Circolo Italia club, Roberto Mottola, «but it will undoubtedly be a strong driver for the economy and can attract a lot of young people to the sport of sailing».

In the last few days, the city has been invaded by the teams of the nine Ac45 teams that will vie for the ACWS: the most popular are the men of Luna Rossa, who will participate with two vessels, but the gadget hunters won't fail to notice the Americans of Oracle, the New Zealanders of Emirates Team New Zealand, the Swedes of Artemis, the British of Bar, the French of Energy, the Chinese with the China Team and the Austrian champions of HS Racing Team.

The inauguration will take place on the morning of April 13 in Piazza Vittoria, while in the evening Piazza Plebiscito will see the presentation of the athletes at a party with Toquinho and Noemi. After than, until April 20, concerts are scheduled every night in the Cup Village: among the artists, the Nuova Compagnia di Canto Popolare, a Neapolitan folk group, and sax musician James Senese. The evening of April 20, there will be fireworks on Lungomare Caracciolo.