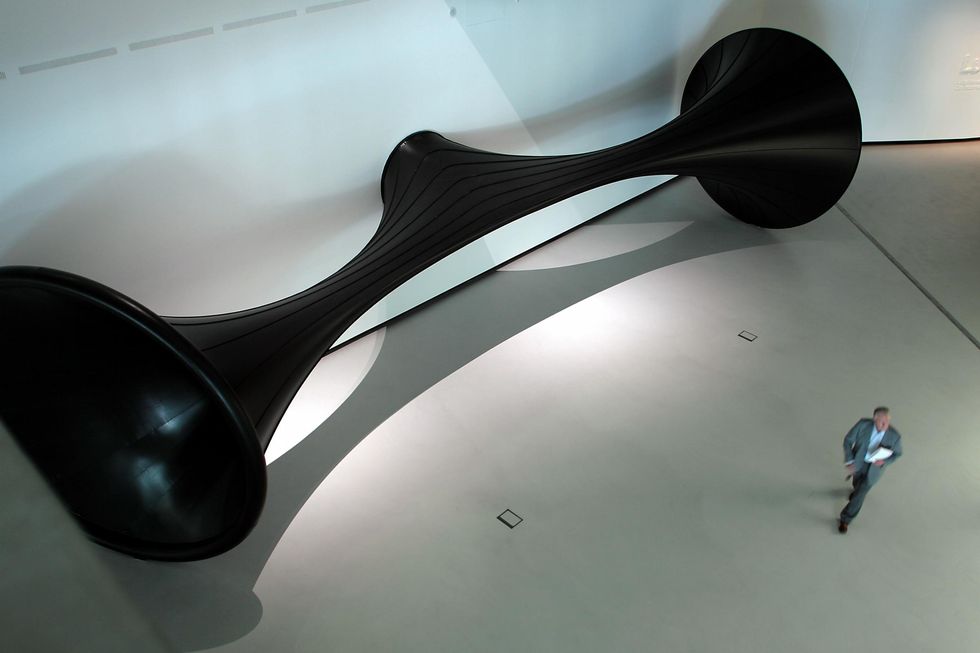 In these times of unfavorable spreads and harsh judgments from invisible markets, perhaps we should straighten our backs and stand proud for the highly-visible "artistic gap" that for centuries has kept Italy at the peak of international culture.

A pair of exhibitions in Rome must be seen in this (also patriotic) light. They are "L'Italia di Le Corbusier" - Le Corbusier's Italy (October 18 - February 17) at Maxxi, and "Paul Klee e l'Italia" - Paul Klee and Italy (October 9 - January 27) at Gnam.

Accompanied by catalogs published by Electa, they focus on the fascination our country had for the mind and eye of France's most radical architect and the greatest German painter of the 20th century.

Marina Talamona has gathered 320 documents (including paintings and projects) and 300 photographs to recount - with the aid of Umberto Riva's staging - the four trips Charles-Edouard Jeanneret (1887-1965), renowned as Le Corbusier, took to Italy between 1907 and 1923.

As he traveled, this young man sketched continuously, in the conviction that it was only through the pencil that things "remain with us for life".

He wrote: "If you have drawn the Tower of Pisa, inclined in relation to the Duomo and Baptistry, you will realize that this stupefying phenomenon has extraordinary poetic impact." Adding, "Once you have seen Romemade up of horizontal lines and cylindrical or polygonal prisms, you will never again want to defile it."

The man who, by massacring ornamentation, wanted to create order in our existence by searching out the lyricism in the geometry and functionality of the machine of our dwelling places, the man who could only talk about light and green space, is the same person who dedicated his books to Stalin and Benito Mussolini in an attempt to gain patronage, but also revealing the affinity between certain aspects of urban utopianism and 20th century totalitarianism.

Alongside the strange Cubism of Le Corbusier, the exhibition also includes works by Carrà, Morandi and Severini. However, in the mind of this simultaneously beloved and hated producer of radiant cities, there were also other connections.

On a summer afternoon in 1934, from the window of a train from Pisa, Le Corbusier re-drew the skyline and combined it with his design for the Palace of the Soviets, noting on the drawing: same unit. Memories and revelations of a pencil?

Paul Klee (1879-1940), born near Berne of a German father and the embodiment of the Romantic wanderlust, journeyed to Italy six times, the most important and longest of which was the first visit in 1901.

And although he didn't miss any museum, church or even a concert that was even mildly worth attending, he loved Italy the way one loves some radiant but indistinct source - the organic ur-spring of beauty.

Now, in this Rome exhibition, 100 works contrast this luminous hunter of the essence of things with other artists, both European (Wassily Kandinsky and Josef Albers) and Italian Kleeists such as Osvaldo Licini, Fausto Melotti, Gastone Novelli and Achille Perilli.

Klee acknowledged Michelangelo's importance, but, at base, he didn't care a bit about him; he liked the mosaics in Ravenna and the Pompei frescoes.

He was in search of life: the port of Genoa, the sea and its sailboats, Rome's dirty, disease-ridden streets, the languid eyes of the women and the overpowering and fierce spectacle of a Naples that made him "want to be Neapolitan for a bit".

The young Paul Klee was not so young when he returned to his home country. Italy had the same effect on him that India had on Hermann Hesse, a place that reshaped his very existence.

An interesting point: years later, in his Journey to the East, Hesse mentions Klee and presents him as someone prepared to search for himself in very distant lands, including in Africa and Asia.

These two wanderers, Hermann and Paul, even founded a group that could fulfill that desire for a foreign, distant "elsewhere". Its name? The League. Interesting, isn't it?