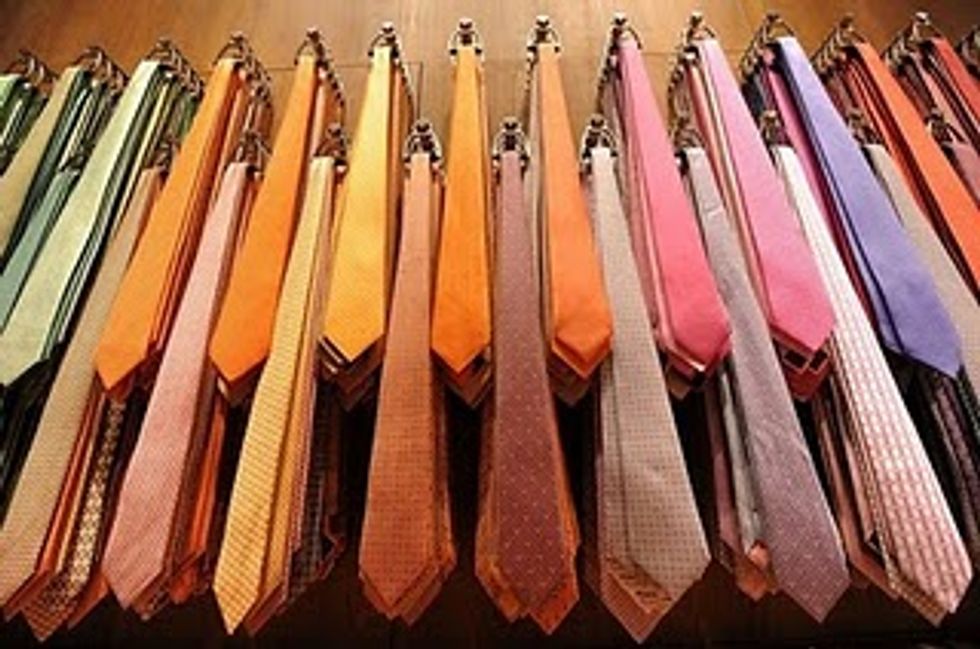 Ties, classic accessories and symbols of elegance par excellence, become modernity icons and trait d'union between women and men at the "8 Ties" art video collection presented by Hermes, on display at Palazzo Morando in Milan, from the 17th to the 28th of October.

With the "8 ties" project maison Hermes presents the new capsule collection of 8 ties made in Heavy Twill, a new opaque silk with stronger consistency than the usual silk twill used by Hermes.

Each tie hides on the back a design: USB pendrives, electric cords, computer keyboards, cables, on/off buttons re-interpreted through the eyes of digital artist Miguel Chevalier, pioneer of virtual and digital arts.

Chevalier, who since late 1970s has used computer as a main tool of expression, offers a new expressive approach for the Hermes ties collection through optical technology.

Viewers will find themselves immersed in a multisensorial experience made possible by two complementary video installations.

In the first the patterns of the eight ties come to life with spectacular explosion of colour, meanwhile visitors' movement activate the special sound track composed by Jacopo Baboni Shilingi.

In the second installation the new designs are shown along with some metaphorical texts written by philosopher Christine-Buci Glucksmann.

Created for men, but women's object of desire as well, the Chevalier ties are a tribute to egalitarian and futuristic Web world.