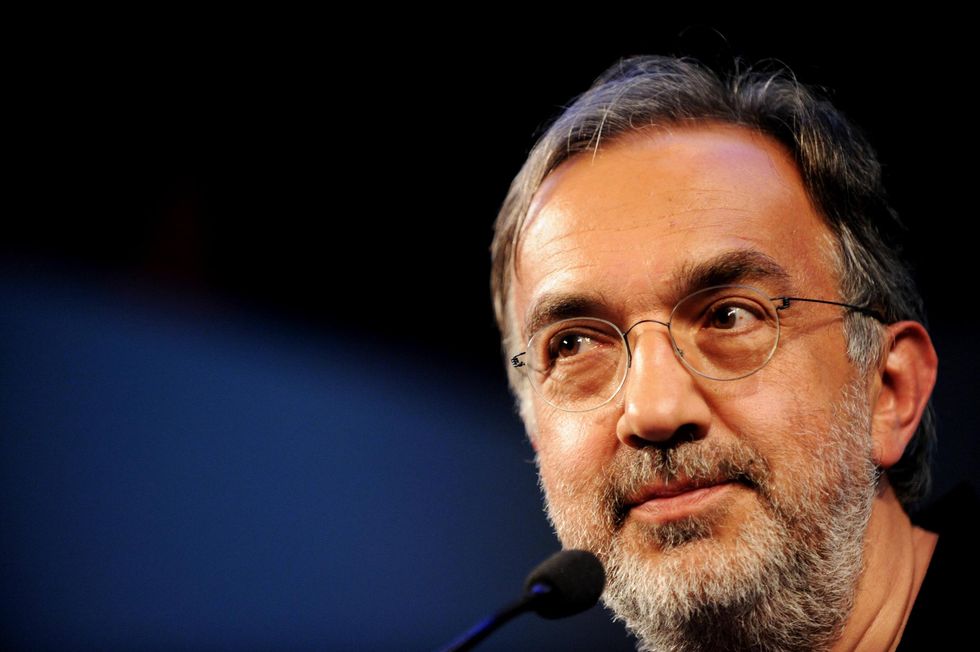 Fiat will not leave Italy or close plants, Marchionne says

"In Italy cars industries are agonizing, but I will keep Fiat in Italy with the revenue made abroad," says Fiat CEO

"Italian car market is suffering the biggest fall ever....but I am not the nasty man," the Fiat CEO, also Chairman and CEO of  Chrysler Group L.C.C.,Sergio Marchionne, told Rome daily La Repubblica in an interview published in Tuesday's edition.

Over the past few days Marchionne explained that the Fabbrica Italia project, which implied the production of 6 billion cars  in the world, of which I billion and 4 hundred  produced in Italy, (with an investment of some 20 billion euros,) was no longer valid as a consequence of the huge drop in car sales affecting both the Italian and the European market.

After days of polemics and poisoned criticism from all sides: entrepreneurs, politicians, and unions, Fiat Chief Executive reassures "Fiat will stay in Italy thanks to profits  generated abroad, particularly in USA."

" I am not going to give up" Fiat Ceo said, but he also stressed that he cannot do it all by himself, he expects reciprocity in the form of modernized labor laws and more cooperation from unions.

"My strategy is  trying to profit from the recovery of the American market, in order to attain the financial security to guarantee the presence of Fiat in Italy," Marchionne clarified.

"Fiat is the only industrial reality that can mean development to Italy"he added.

Fiat CEO also added " I have never spoken of redundancies, I have never proposed closing plants, and I never said I wanted to leave Italy."

Alluding  to the hard criticism that Tod's Chairman Diego della Valle made about him, as Fiat CEO and about Fiat policy itself, Marchionne preferred not to comment much, he just said  that he accepts critics, but Fiat should be left out of poisoned polemics made by people that probably do not have much experience in the car market.

Being asked why Fiat is not producing new car models, like other companies do, Marchionne defended not introducing new models in the current conditions, he noted " new car models might have boosted sales, but risked losing billions of euros in unrecovered investment, as it happened with Panda of Pomigliano,  the best Panda ever produced, a 800 euro investment, which remained uncovered."

Regarding his relationship with unions, Marchionne said "I was banking on a labor market reform and I found 70 cases against the company filed by ( west-wing union) Fiom."

With regard to a possible meeting with Monti's ministries (which newspapers have been writing about in past days,) Marchionne said he is always ready for talks, as he is willing to find solutions, but to do so, he needs the cooperation of both Government and unions.

Marchionne's words, however, were not enough to calm down the alarm among unions. Cisl's secretary general Raffaele Bonanni thinks Fiat Ceo has the duty to  clarify whether he intends to keep the Fabbrica Italia Project on schedule or to abandon it.

Fiom (the union federation representing Italian metallurgical workers,) is not reassured by Melchionne's statement on Fabbrica Italia project. "It is only a way to take time" they say.

Moreover, Fiom car responsible - Giorgio Airaudo - asks for an agreement with Fiat, "It is  up to the Italian Government  to make it happen."

"Government should also be aware," Airaudo warned, "that keeping on rising taxes will get the only result to make strategic  companies  flee abroad, and car companies are still among the most strategic in Italy."