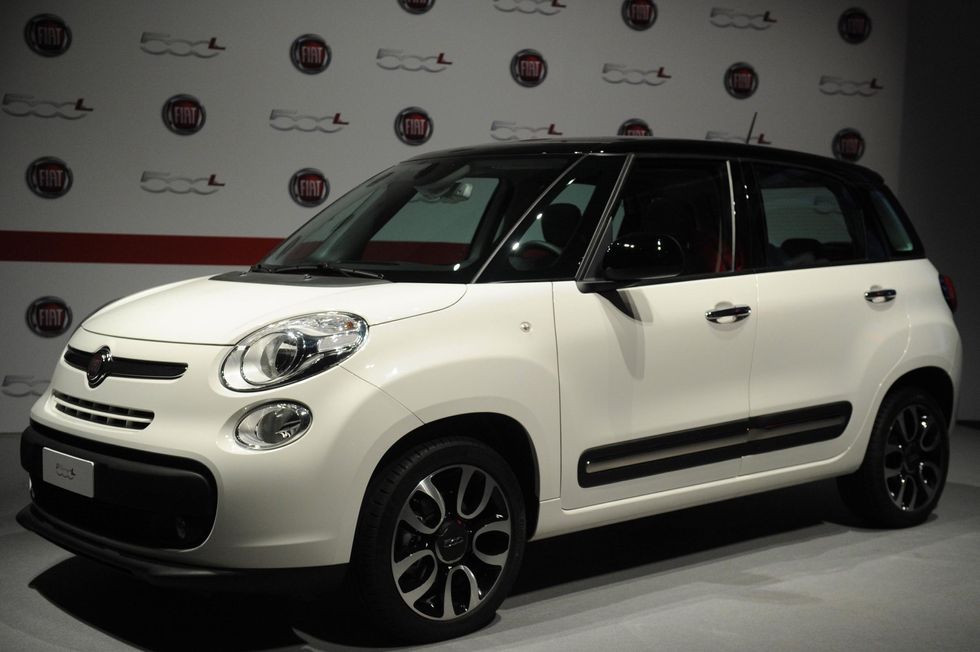 The car that should relaunch the company in Europe and the US will be produced in Serbia. But it hasn’t gotten off to the best start

A bet whose outcome no one wants to predict. The launching of the Fiat 500L, the new MPV from this Turin company, production of which has already begun in its plant in Kragujevac, Serbia. "The only certain and positive thing," economist and auto sector expert Aldo Enrietti tells us, "is that this Fiat vehicle fills a commercial void. In fact, the 500L fits into the MPV or minivan segment Fiat totally lacked."

In Italy, the new 500L will be sold at a base price that should be around ?15,000, although the definitive price list still needs to be finalized. To start, there will be two versions, the 1.3 Multijet and 1.4, but Fiat already has plans in the works for other options, one called Trekking and another that should be part of the crossover category.

It is a vehicle designed particularly with families in mind, because of its roomy interior. The front of the inside compartment will be up to 58 inches, and the back 55 inches, and ample enough that the knees of those seated in back will never touch the front seat. Also interesting the practical hydraulic system for folding down the rear seat to significantly increase baggage space.

Fiat is really betting on this. It has initiated a very intensive radio and TV advertising campaign to boost a product which, as CEO Sergio Marchionne hopes, should relaunch the fortunes of a company that in Italy and Europe continues to flounder. Paradoxically, however, the arrival of the Fiat 500L on the market could be new proof of how sales travel at a completely different speeds in the Old World and the United States.

The new car will also be launched on the US market, as the classic 500 was, something that could highlight the different states of health of the two car markets. In addition, the decision to protect the United States from the beginning was calculated from the get-go, and in fact some of the choices involving the dashboard, in particular, were made also taking into consideration the habits of American drivers.

In short, a product in which Fiat has attempted to optimize its technical expertise with engines (e.g., the Multijet) and style in terms of design. A small, but we hope an auspicious concession to innovation in a company like Fiat which, on the instructions of its CEO Sergio Marchionne, has decided to keep all other new projects on the back burner.

In fact, as was said earlier, the 500L is a wager, but one that has not gotten off to a good start, given that the initial plan calls for 33,000 vehicles to be turned out between now and the end of the year by the plant in Serbia, while only 27,000 will actually be produced.

In any case, when working at full-speed, they expect to make 550 per day, and marketing and advertising will be working towards this goal over the coming months. It remains to be seen.