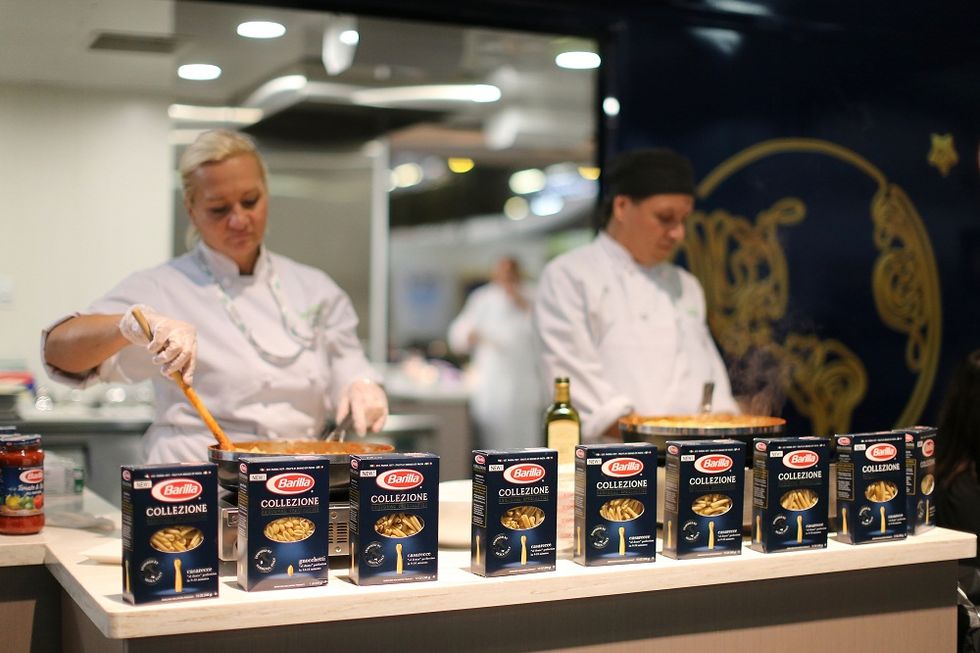 The Italian-Symbol Pasta Company Steps into the Chinese market

The company has launched the new  "Pasta Pronto" pre-cooked meal, studied for young and busy consumers who have less time to cook but still want to eat well. Moreover Pasta Pronto will cost only 1?, which makes it very affordable and accessible for a great variety of people.

Barilla is 137 years old and it has conquered many international markets, such as the American, Mexican, Turkish and Greek ones. Still, entering the Chinese market represents an important turning point for the Italian company.

Pietro Barilla Senior- descendant from a family of bakers, opened his first shop in Parma in 1877. In 1910, thanks to Riccardo and Gualtiero, the company become more industrialized and built an actual bread and pasta factory that employed 80 workers and produced 800 kg of pasta a day. Barilla became the prototype for the modern pasta factory able to diversify its production.

In 1937 it launched phosphine pasta. Enriched with phosphorus, it became an ideal dietary food during a critical period in Italian history. Moreover, pasta made with gluten flour was also created during this period, for children. Barilla's fame considerably grew within the national territory and in 1927 the company received prestigious awards in the First National Grain Fair in Rome. From that moment on, Barilla continued expanding in the market and consolidating its presence as "the" national pasta brand. In 1952 it received the prestigious "Palme d'Or" advertising award for the famous "With Barilla pasta, every day is Sunday" campaign. Its advertising reached its peak from 1965 to 1970, thanks to the famous Italian singer Mina's participation. She starred in more than 60 clips, whose content and songs were unforgettable.

Today, the "pasta giant" acknowledges the challenges of globalization but it is determined to conquer international markets with no hesitation, and so far it has been extremely successful.