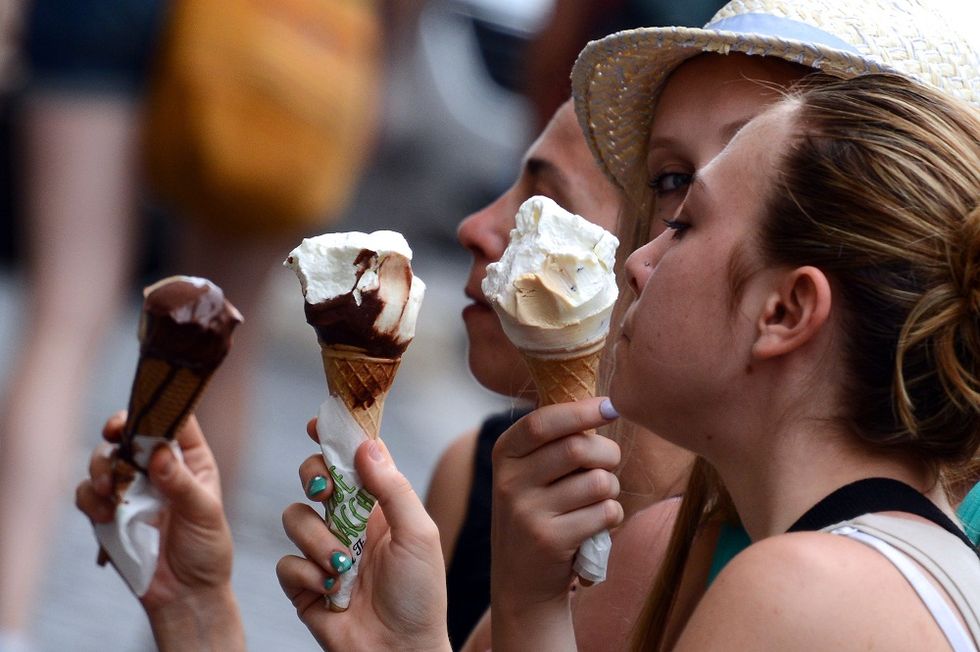 When it comes to ice cream, Italy has no rivals. Italian gelato is an icon and it is very much appreciated not only by the locals but by the broader foreign public. Although, given that each Italian consumes an average of more than 100 scoops a year, there is not much left for exports.

According to some historical accounts, gelato was introduced in Italy as a gourmand desert by the noblewoman Caterina De Medici in the 16th century, who turned it into a popular desert during the Florentine Renaissance. Since then, gelato became an Italian "must have", emerging in the fanciest and most unusual flavours over time.

As reported by Bloomberg, Last year, Italy produced 6.8 billion scoops of ice-cream - followed by Germany and France, which are the other two biggest ice cream producers in Europe, and also the number of Gelateria keeps growing in the country. Notwithstanding the fact that these businesses are usually small family run activities, in 2016 they accounted for a total amount of revenues of 1.4 billion euros. Therefore, the gelato industry plays a pivotal role in boosting Italian economy, employing at the moment almost 69,000 people.

Italian cities are characterized by great variety of Gelateria which offer very new flavours beside traditional ones. For instance, a very popular new trend is ginger ice cream, but also the turmeric one is quite unusual. Moreover, lactose-free and vegan ice-cream are becoming more and more popular, along with the low-fat varieties, such as the stevia-based flavours.

Since its city has its own specialty, also ice-creams can be locally-specific. For instance, Southern Italy offers a great variety of flavours based on dried fruit (such as almond, pistachio, walnuts and hazelnuts). When going to Sicily, greediest gelato lovers should not miss out on a regional gourmandise: the Cassata Siciliana Gelato, representing a unique food taste-explosion.