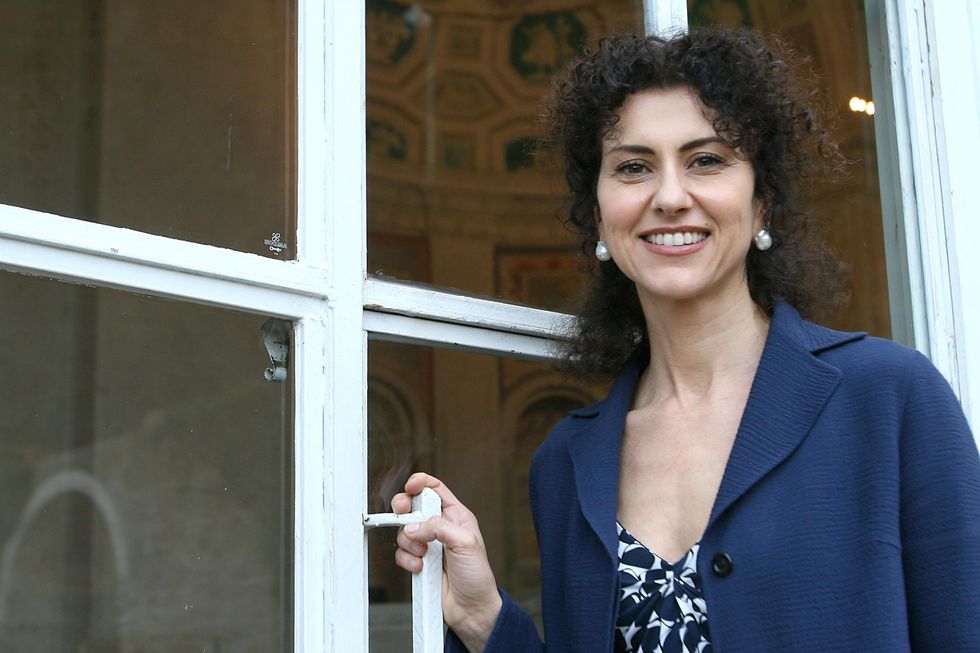 Luisa Todini, an eclectic and versatile entrepreneur and woman

As President of the Leonardo Committee, Luisa Todini is trying to support and communicate "Made in Italy" in the world.

Newly appointed in the board of directors of RAI, Italian national TV and radio corporation, Luisa Todini is an Italian entrepreneur well-know in Italy and abroad.

She is a mother, former member of the European Parliament and President of Leonardo Committee, whose target is promoting the image of  "Made in Italy" in the world.

This eclectic woman and entrepreneur, who has been promoting the image of Italy for a long time by now, is convinced that Italy's excellence in productivity must be recognized not only in the traditional fields like fashion, food, luxury items but also in innovative sectors such as constructions, energy, glass production and much more.

"Italy is famous for its outstanding manufacturing market with good chances in export," Luisa Todini says, "but what is most necessary now is to boost Italian export."

In this regard, the Leonardo Committee, founded in 1993 by Senator Pininfarina and Senator Agnelli, by Confindustria ( the main Italian enrepreneurs' federation), by the National Institute for Foreign Trade, and by a group of entrepreneurs, has its main target in promoting Italian Excellence in the World.

Among the members of the Committee there are artists, scientists, entrepreneurs, intellectuals supported by National Instititutions supposed to promote Italian companies abroad.

In order to promote "Made in Italy" productions in the world the Leonardo Committee awards every year a prize, the Leonardo Prize, to Italian or foreign personalities who have made a particular contribution to the image of Italy in the world and three Quality Prizes, to award the first three companies leaders distinguished for relevant and successful results on  international markets.

The prize-winning personalities have been defined by Italian President Napolitano "Ambassadors of the Italian image in the world," for their relevant role in the international scenario and for being testimonials of excellent Italian productivity.

Leonardo Committe also underlines the importance of encouraging foreign investments, the necessity to eliminate burocracy and the urgency to help entrepreneurs who are obliged to close their business in Italy due to the crisis.

According to Luisa Todini what really matters is not to keep the Italian nationality of a company, but rather to keep the company producing well enough to give work and to afford  paying its employees.

"It does not matter whether the money comes from abroad," she adds. "With regard to this purpose, tthe Leonardo Committee awards every year those foreign entrepreneurs that promote and invest in our country."

By buying an Italian product, a Russian, a Chinese and any foreigner buys a piece of Italian history, a piece of our territory, and this one of the main strengths we must be aware of and rely on" explains Luisa Todini.

Despite the crisis that Italy is facing she is optimistic about the future of Italian  enterprises and she hopes that the Monti government will be able to eliminate burocracy, to decrease public debt, to cut public expenditure, and to reduce labor cost for enterprises.