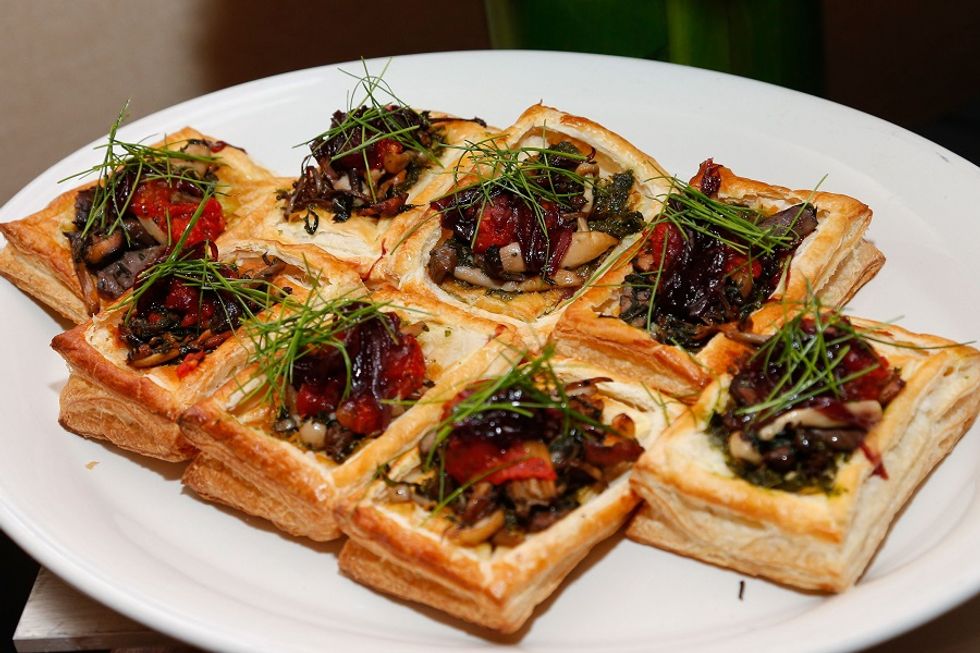 The New York Times remembers Marcella Polini Hazan for her simplicity, precision and balance in her cooking, quoting the story of when she wrote a letter to the Italian born American super star chef Mario Batali complaining that no matter what he was saying in his TV show, a "real" Italian risotto had to be cooked in a saucepan, and not in a sauté pan.

Chef Batali was quite young at the time he received Mrs. Hazan's letter, and rather than feeling annoyed by her words, they immediately became friends. The Times describes Marcella Hazan, who died on yesterday at 89 years old, her as a "chain-smoking, determined former biology scholar who reluctantly moved to America and went on to teach a nation to cook Italian food", although her cooking classes were more about Italian culture and history than about food.

She wrote six cookbookes, starting in 1973 with "The Classic Italian Cook Book: The Art of Italian Cooking and the Italian Art of Eating", and in the United States she is broadly recognized as "the first Mother on Italian cooking in America", as even people who never heard of her cooked and shopped differently because of her.

Born in Cesenatico (Emilia Romagna), Mrs. Hazan moved to New York with her husband Victor in 1955, at a time in which Italian food in the States was considered exotic rather than an international delicacy. However, it was mainly by coincidence that she started teaching Italian cooking classes. In the late '60s she signed up for a Chinese cooking course, and when the instructor announced the class she wanted to go back to China, her class mates proposed her to teach them how to cook Italian food. And here is how everything started, in 1969. She published the first cookbook three years later, and the last one in 2004.