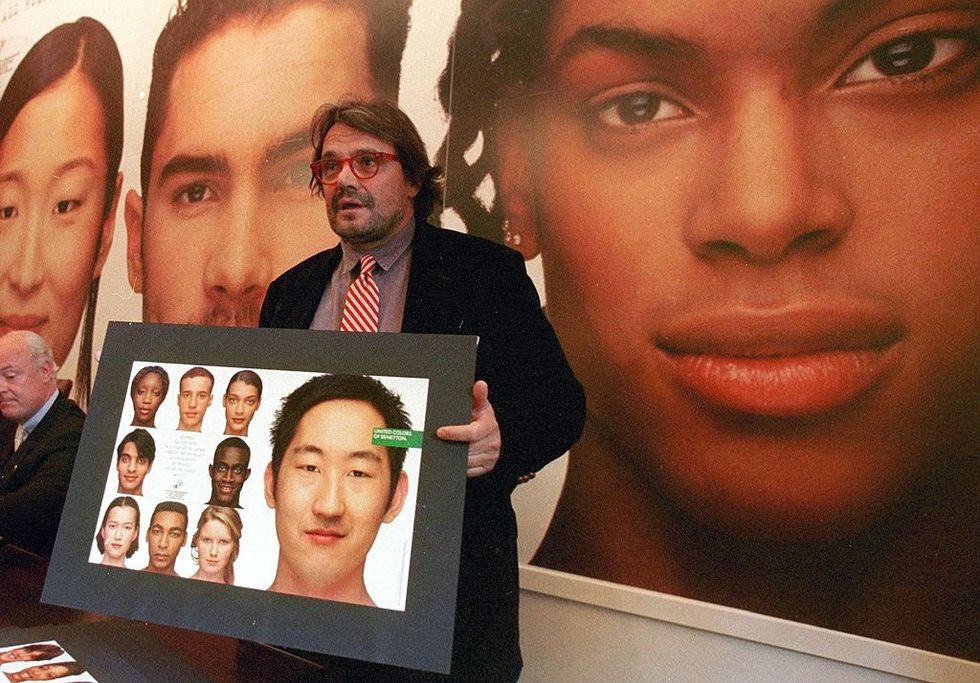 Oliviero Toscani stands out as one of the most revolutionary photographers within the Italian landscape. He became popular throughout the world thanks to his job for some popular brands (such as Vogue, Chanel, Missoni and Valentino) and his style as always been very distinctive.

Oliviero was born in 1942 in Milan and had the chance to study photography with one of the best graphic designers and photographer of the world: Johannes Itten, a great. representative of the Bauhaus, at that time teaching at the prestigious Kunstgewerbeschule in Zurich. Although Toscani's German was extremely poor at the beginning, he still managed to be admitted and also to successfully graduate. It was a time of great contestation and change in Italy, characterizing by feminism and miniskirts all carefully captured by Toscani's camera. Not only the big social change, but also big international events attracted the attention of the young Italian photographer, such as the first and last Italian tour of Beatles in Milan (1965)

In the early 1970s, Toscani decided to move to New York. This was a very lively period when Oliviero got in contact with legendary names, such as Bob Dylan, Leonard Cohen and the fellow photographer Robert Mapplethorpe. It was the time of the "underground culture" and that is why Oliviero spent the whole day - and night - around the city, shooting the highlights characterizing life in the "Big Apple". Toscani also became friend with Andy Warhol who usually played the role of his model several times. Toscani's images have also been very the centre of heated debates, such as the "Jesus jeans" ad campaign. The photo was revealing the bottom of his girlfriend of the time with the slogan "who loves me follow me". Also in Benetton ads campaign, Toscani stood out for the hot themes proposed dealing with religion, racism, HIV and capital punishment.

Love him or hate him, Toscani has undoubtedly shaken many consciences around the globe with his images, which have definitely made the difference in the international world of photography.