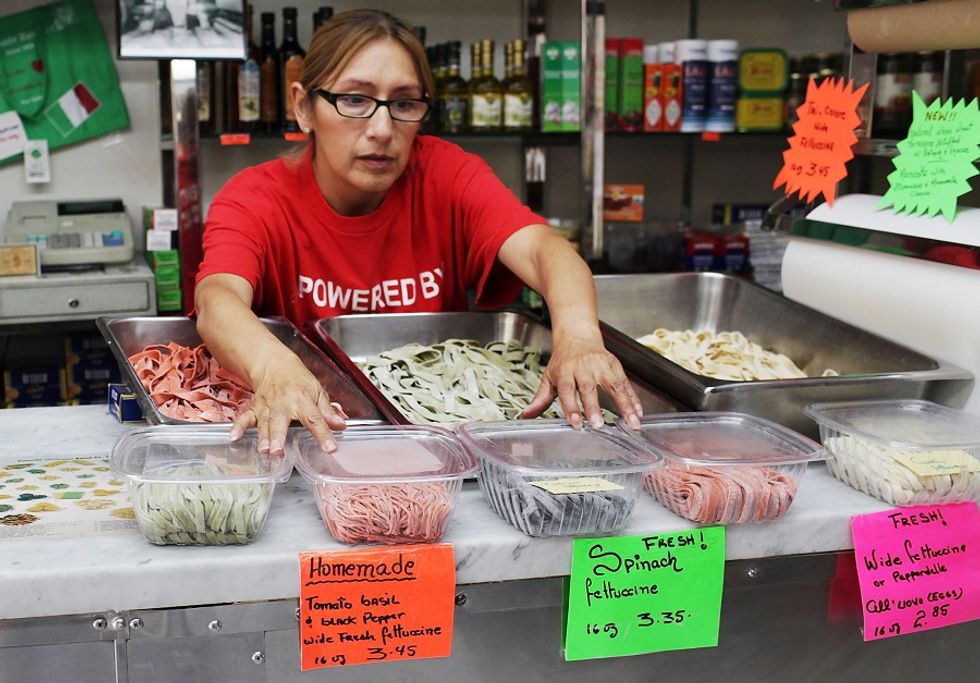 Meet the Italian family who taught Australia "how to eat"

Carlo Valmorbida is pioneer not only in giving Italian migrants the food and wine they had been accustomed to in their mother country, but also by introducing it to the wider community

When remembering their first days in Australia, most of the Italian immigrants who moved there several decades ago say that the trip was long and tough, that they came with nothing in their pockets, that they had to work hard to start earning a living in their new cities...and that they could not stand the fact that it was impossible to "eat properly" there. Apparently, this was not just a consequence of missing coffee and pizzas, rather a condition related to local food habits. Actually, it is even more interesting to notice that several Australians belonging to the same generation admit that they "learned how to eat" only after the Italian came.

Within this background, it becomes less surprising to discover that the Australia's culinary godfathers are Italians. We are talking about the Valmorbidas, one of the most prestigious families in Melbourne, whose members managed to accumulate a $310 million fortune through hard work and perseverance.

They have always been active in food and wine wholesaling and brand promotion. Carlo Valmorbida migrated to Australia in 1949 and soon after started importing his favourite Italian foods: tuna, canned tomatoes, olive oil, pasta, mineral water, caned fish, mozzarella, salami and espresso coffee. His son John his still acknowledging "his father's genius for knowing all Australians would love the food, wine and other products imported for the Italian immigrants". Actually, Carlo is broadly recognized as a "pioneer, not only in giving Italian migrants the food and wine they had been accustomed to in their mother country, but also by introducing it to the wider community". Moreover, it was because of the warm welcome Italian products received in Australia that "the Valmorbidas evolved from being a distributor of Italian food and wine to brand builders".

During an interview with BRW, John Valmorbida, one of Carlo's son, highlighted that the most stressing issue for Italo-Australian family business is succession, which is something he also needs to handle while approaching the need to pass his empire to the third generation of Valmorbidas.