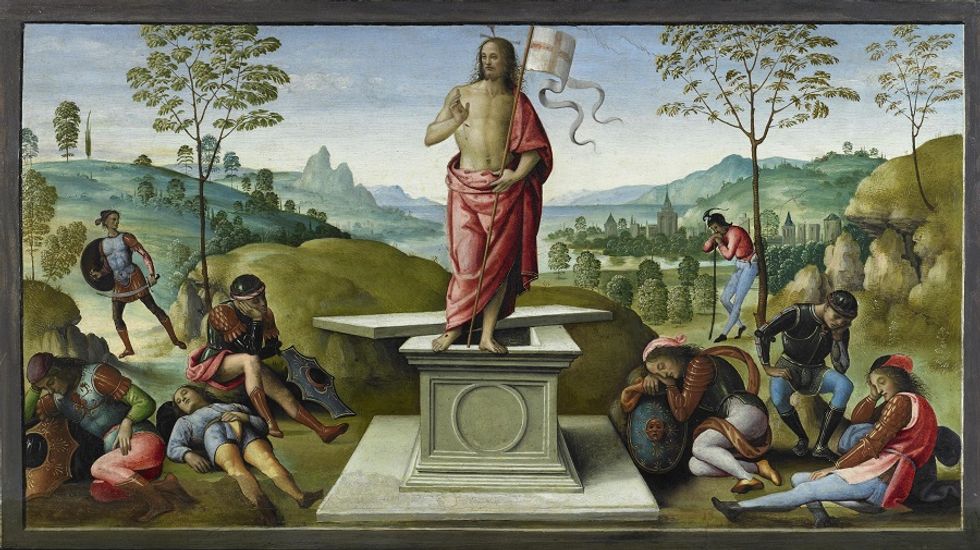 From early September at the Jacquemart-André Museum in Paris opened an exhibition on Pietro Vannucci's, also known as Perugino, work. It has been prepared in partnership with the Superintendency for the Historical, Artistic and Ethno-anthropological Heritage of Umbria under the sponsorship of Mr. Giandomenico Magliano, Italian Ambassador to France and with the support of the Italian Cultural Institute. Open until the 19th of January 2015, the exhibition represents a unique chance to have an insight of Italian artists who have deeply shaped the country's artistic and cultural heritage without going to Italy.

Perugino (1450-1523) is one of the greatest contributors of Italian Renaissance. He was a pupil of the famous painter Andrea del Verrocchio and in his studio he met such prestigious characters as Leonardo da Vinci and Botticelli.

Nevertheless, the artist became popular as Raphael's Master. The enduring fame of his exceptionally talented disciple - who trained in the older artist's workshop and contributed to his major projects - tends to overshadow his own significant achievements. This exhibition aims at putting Perugino's own work back in the spotlight, exploring his innovative compositions and the delicate clarity of his painterly style. As a matter of fact, Perugino initiated a new way of painting characterised by crystalline style, transparencies, harmonious colours and theatrical lighting.

The exhibition will present some sixty paintings. Among them, worth mentioning is the exceptional display of the Maddalena from the Galleria dell'Accademia in Florence, of Francesco delle Opere from the Uffizi and the splendid diptychs of Campione d'Italia.

Finally, the exhibition highlights the relationship between the works of Perugino and Raphael, exploring two main axes: landscapes and portraiture. The visitor can thus see the stylistic continuity established between master and student, which shows how Perugino developed and perfected an artistic language that the young Raphael was then to appropriate and make popular with enormous sensitivity.