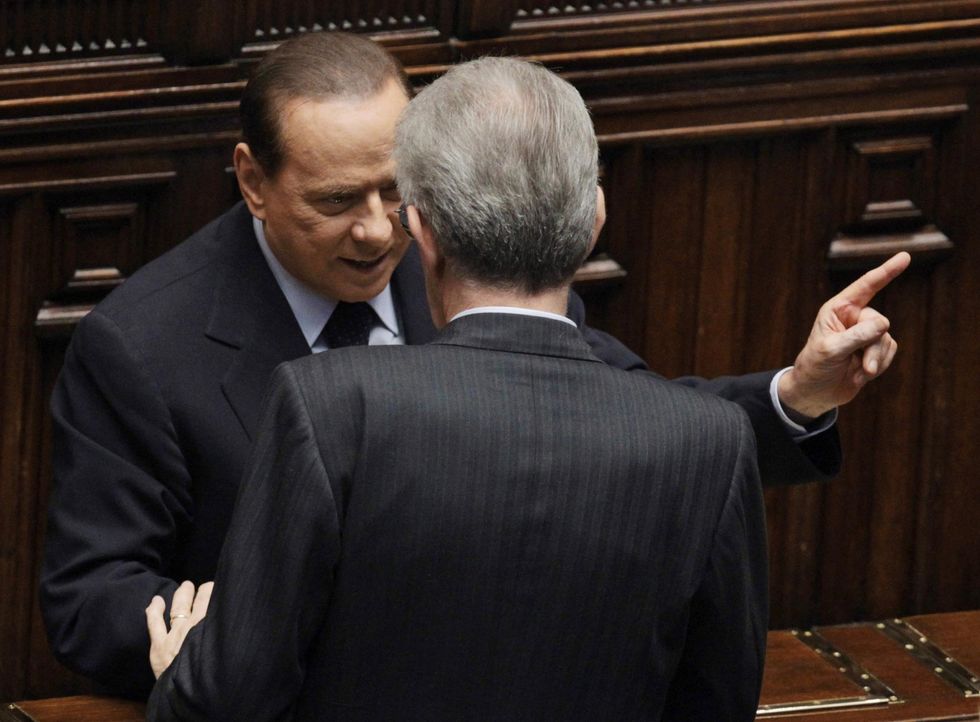 Investors are worried about who will navigate the euro zone's third-biggest economy out of the debt crisis after on Saturday Monti said  he would resign once the 2013 budget passes.

In this scenario it is possible that Italy will held its elections in February.

As expected the spread between Italian 10-year bond yield and the German bund went up over 360 basis points, while Milan's stock exchange plunges. Italy's borrowing cost went up to 4,80% from 4,52%.

The Italian increased spread also seems to affect the Spanish one, which went up to 437 basis points today.

The Milan stock-exchange has opened sharply lower on Monday, with the FTSE Mib benchmark stock market index trading down 3%. It is the worst result in Europe.

Only one week ago the spread dropped under 300 basis points level, the lowest over the last nine months. Then, it started to go up again as the People of Freedom party (founded by Berlusconi) "half withdrew" its support to  Monti's government abstaining in two confidence votes and marking the beginning of the government crisis.

The fear is that next appointed government may not respect the so called Monti's agenda, though elections will be held only one month earlier than they were supposed to. Italian political uncertainty over the next few months is also sending markets into spin.

The president of European Parliament Martin Shulz showed his concern and said that Mr. Berlusconi is "the opposite of stability" . "His return in politics anticipated the crisis in Italy during a crucial week for Eurozone", he said adding that "Berlusconi's political strategy is linked to his personal interests and not those of the country".

From Berlin, the spokesman of German Finance Minister Wolfgang Shaeuble said there won't be any destabilization in Europe and Italy is expected to respect the commitments with Europe made by the outgoing government.

In Italy the announcement of a come back of Berlusconi has raised many protests among the other parties, while the President of the Republic Giorgio Napolitano has chosen not to comment. He will take a 8 day time to let his decisions be known.

In the meantime Monti is in Oslo today to attend the Nobel Peace prize cerimony, which this year was awarded to the European Community. He is supposed to meet the other European leaders.