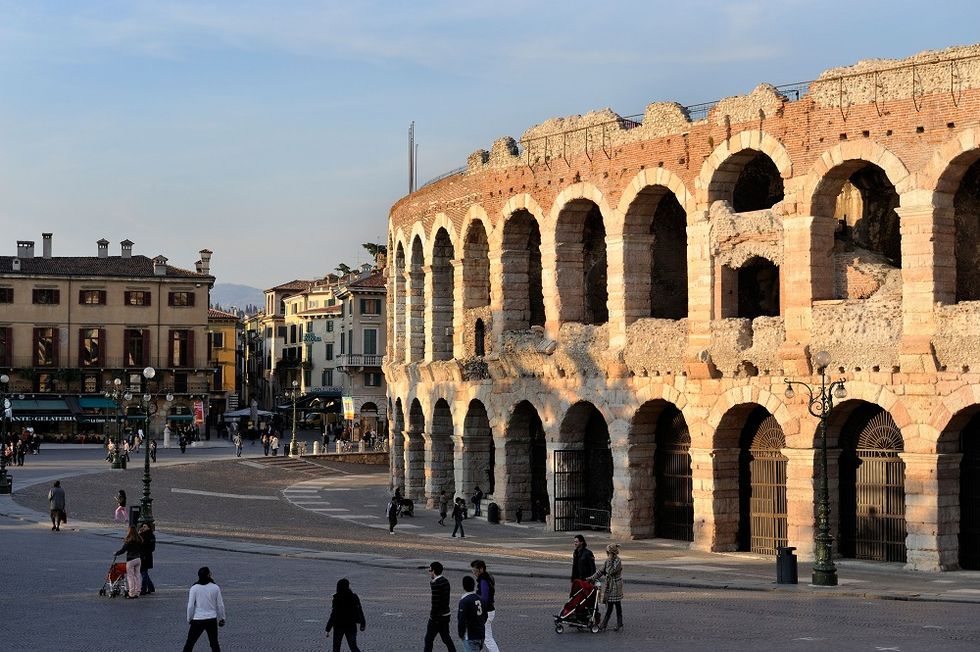 The 2017 Arena di Verona Opera festival is about to start. The new season will be inaugurated on 23rd June, with a new eagerly awaited production of Nabucco staged for 12 evenings and followed by Aida, the opera that has been a symbol of the Arena Opera Festival since it began in 1913.

The Verdi masterpiece will be presented in two productions, which emphasize the bond between tradition and modernity with which the opera intends approaching audiences: the first, being staged for 8 evenings, is the version by the Catalan artistic team La Fura dels Baus, the production that inaugurated the Festival's Centenary edition, with the spectacular intricate stage technology of Carlus Padrissa and Àlex Ollé.

The second version, with 9 performances being staged, is the traditional one par excellence, i.e. the production of Aida realized in 1982 by Gianfranco de Bosio and staged for 20 seasons, which recalls the historical 1913 edition by Ettore Fagiuoli. The choreography is by Susanna Egri.

The third Verdi opera on the program is Rigoletto, being performed on 5 dates and directed by Ivo Guerra, with set design by Raffaele del Savio and costumes by Carla Galleri.

This will be followed by 6 performances of Madama Butterfly, the Japanesetragedy in three acts with music by Giacomo Puccini. The opera will be staged in the successful 2004 production by Franco Zeffirelli (director and scenographer), with costumes by Academy Award winning designer Emi Wada and choreography by Maria Grazia Garofoli.

The 2017 Festival's last opera is Tosca, also by Giacomo Puccini, with 5 performances of the spectacular 2006 production by Hugo de Ana, responsible for its direction, set design, costumes and lighting.