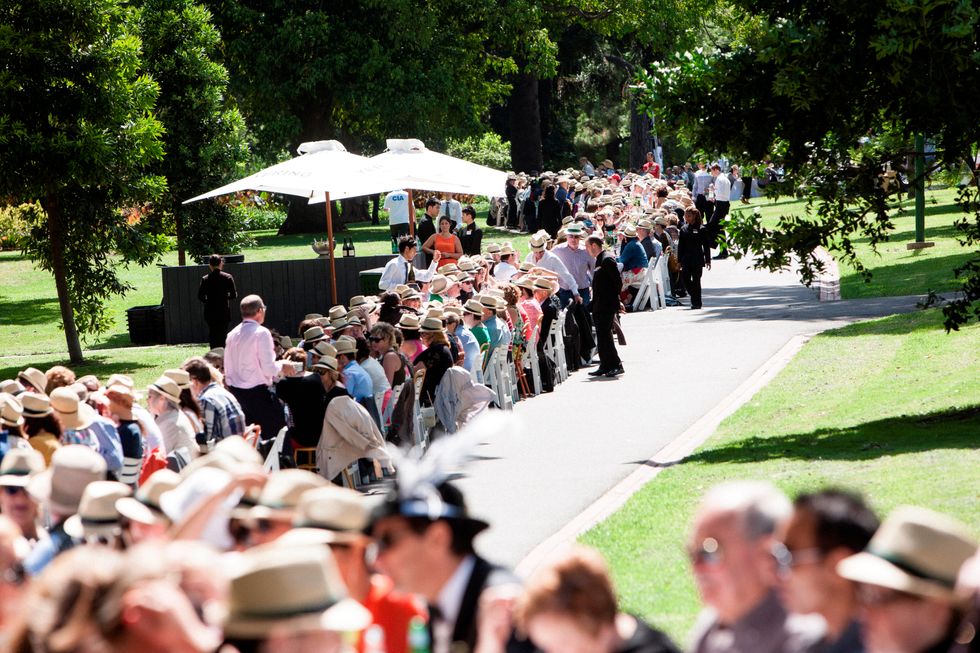 The Melbourne Food & Wine Festival and its Italian touch

2014 Melbourne Food and Wine Festival celebrates water. The Festival starts on February the 28th and it ends seventeen days later, on March the 16th. According to the organizers, this extraordinary Festival "will explore water in all of its states and simmer ideas with some of the best chefs in the world; take brave leaps into the depths of sustainability; and contemplate water's essential role in viticulture.

Among the 200 Festival events, Italy is represented quite well. Two Italian chefs will take part to "Chef MasterClass". During these classes a group of international chefs is expected to "explore concepts, methods and the craftsmanship of working with water on a global scale", as well as to share their creations based on skills, technique and know-how.

Italy will be represented by two chefs: Luigi Taglienti (Il Ristorante Trussardi alla Scala, Milan), whose "Michelin-starred restaurant is renowned for skillfully melding the traditional aspects of Italian cuisine with his own innovative and contemporary approach"; and Mauro Uliassi (Ristorante Uliassi, Senigallia), who "has gained two Michelin stars for his whimsical techniques with seafood that are deeply influenced by his love of the sun and the sea".

During the Festival, several other events will be related to Italy and its high class culinary traditions. Among them, the "Cae hosts island hop in Italian"; "Dinner by the River Po"; "Go 'Crazy'"; "La Baraccà on the Yarra Bank"; "Roman Gods of the Sea Fest"; "Acqua Panna Tuscan experience"; and "Murchison tomato festa". While honoring the local tomato harvest, discovering the Acqua Panna environment, people, and culture; experience how the decadent Romans were used to eat; discovering the art of cooking with Italy's 'Crazy Water' (Acqua Pazza); made a virtual cultural culinary grand tour along the Italian river Po will be once-in-a-life ways to taste a bit of the real Italy in Australia.