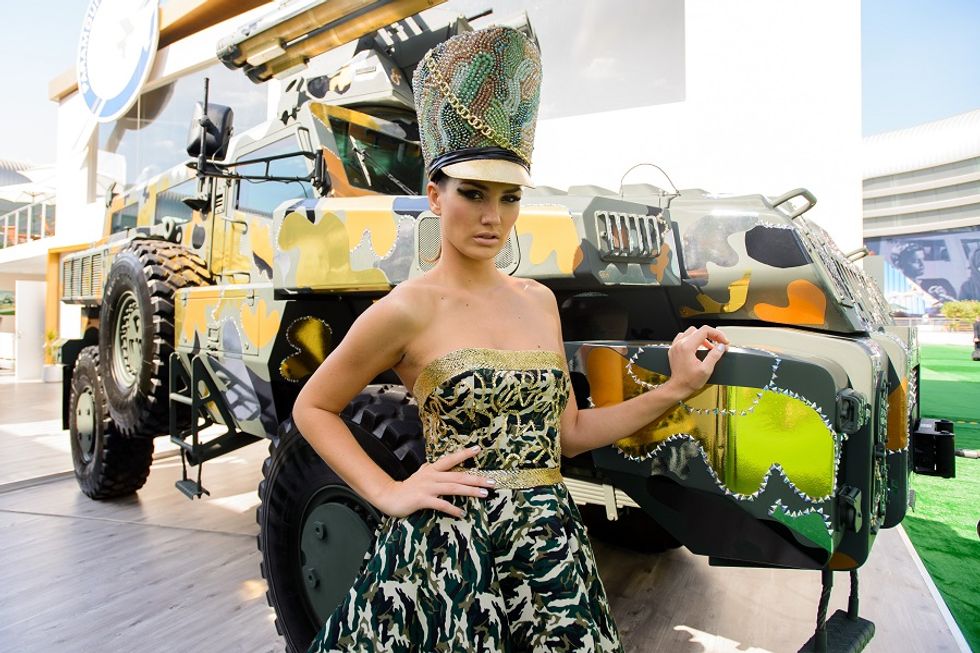 Here is why the camouflage fashion trend comes from Italy

The irresistible fashion icon was launched in January in Milan, by Valentino's shop in via Montenapoleone

During summer, we have seen camouflage fabrics everywhere: shoes, shirts, trousers and hats with the colours used by armies to disguise were the main fashion trend. Camouflage style promises to remain with us for many months more: shop windows of stores around the world are now full of coats, scarves and boots with the ubiquitous pattern.

What most people do not know is that two Italians made camouflage cool again. They are Maria Grazia Chiuri and Pier Paolo Piccioli and work for maison Valentino, one of the leading and more popular Italian fashion houses.

The duo started a successful collaboration back in 1989 and joined Valentino in 1999 with the role of creative designers. Vogue defines Chiuri as "dreamy and instinctual" and Piccioli "cerebral and pragmatic"; together they managed to strengthen a brand that started to be perceived as less appealing than in the past. The first step was the creation of a second line, named Red, targeting younger customers and a crescendo of initiatives followed.

The idea of using camouflage decorations was first proposed in January in Milan, when Valentino's shop in via Montenapoleone hosted a performance of Chinese artist Liu Bolin. Since then, the idea spread from the 129 Valentino stores located in seventy different countries to the retailers of most international fashion brands.

It is not the first time that camouflage fabrics become so fashionable: back in 1919, Chelsea Arts Club in London hosted a bespoken ball, where everybody had to wear similarly patterned clothes. The style become the talk of the town for months. Later, it was used again and again in many forms: just think of the shorts that Eminem often boasts during his shows, or the t-shirts that Rihanna has flaunted in several occasions. However, only in 2013 camouflage can literally be seen in every corner of the world.