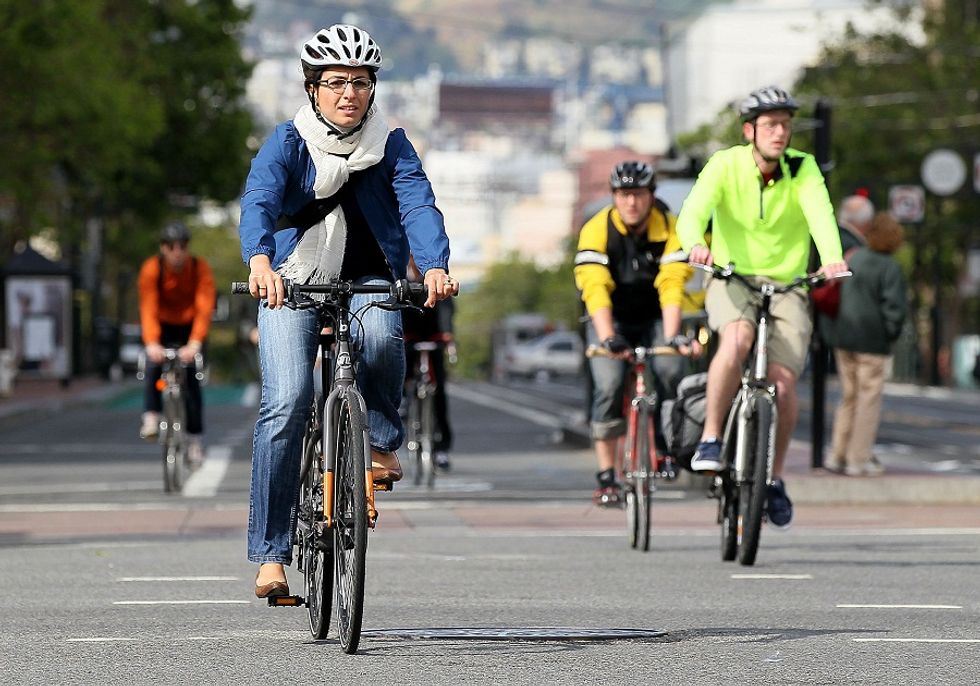 Lightcharge, a revolutionary way of cycling

An Italian idea: recharge your phone exploiting power from the dynamo

Lightcharge is a converter that is designed to charge your phone, smartphone or Ipad by exploiting the energy of your pedalling. Davide Tagliaro is the thirty-four year old IT consultant at the head of Twin Heads, the Italian start-up that developed this idea.

The phone is fixed to the handlebars and to other parts of the bicycle's frame fitted in a specific support. The cables linking the device to the dynamo adhere firmly to the bicycle's frame to prevent the cyclist from any inconvenience. There are two kinds of converters: the "Ops" (Overvoltage Protection System) specific for down hill lovers and the "City" version.

Twin Heads has also developed another system based on the same concept of transforming alternated current in continuous that connects the dynamo to a red and a white LED lights. For the future, Mr Tagliaro and his colleagues aim at introducing a new system to recharge traditional AA batteries.

Lightcharge has encountered great success in countries like the US and the UK. However, despite the project was thought and developed in Padova in 2012, the product was only recently introduced on the Italian market. The agreement between CdC, a company that supplies computer brands, Kraun, Amico and Essedi, all in the high-tech industry made it possible to distribute also in Italy.

Twin Heads lives thanks to the earnings made abroad especially. In Italy the market still has to pick up the pace and for this reason the start-up is brainstorming new ways of selling the device, such as launching it in the bike sharing business. The most quoted idea at the moment is to study a way to use the converter in gyms. Also, Twin Heads is aiming at entering the e-bike business, in particular specializing on bikes with electric pedal assisted cycling.