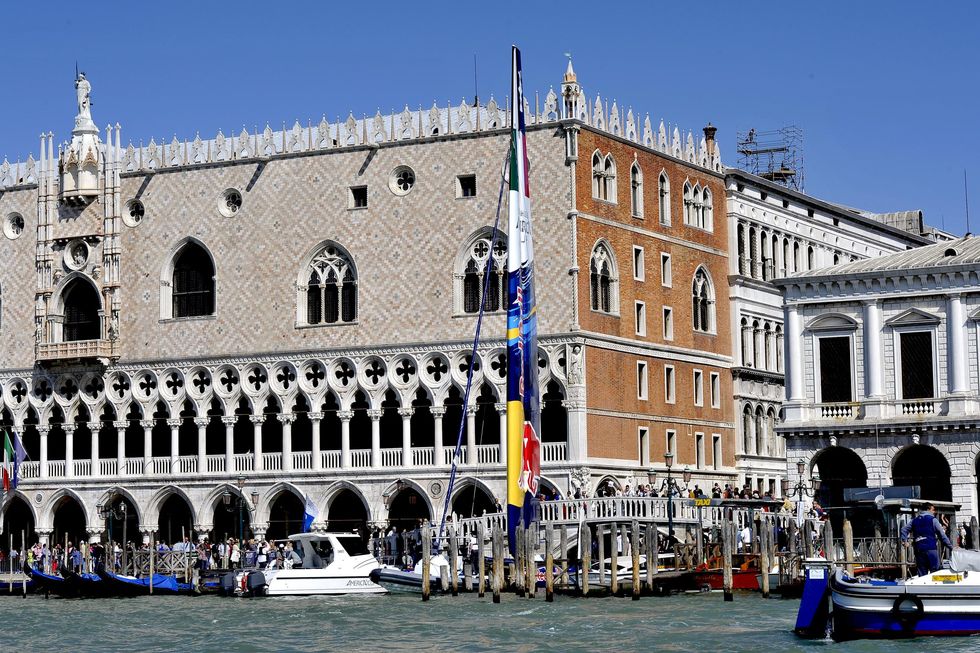 Scarpa-Venini, when vessels communicate in Venice

After years of neglect and the discovery of an archive, the glass objects designed by the architect will be exhibited in Venice.

When Frank Lloyd Wright came to Venice in 1951, he hastened to ask the welcoming committee which of them was Carlo Scarpa.

A hush fell over the little group, because Scarpa had not been invited to the celebration in honor of the great American architect.

To the great embarrassment of all, he asked to be taken directly to Murano to the Venini glass works, where he wanted to examine one by one the pieces created by the artistic director as well known (and honored) abroad as he was neglected and ignored in his home town.

The anecdote explains the difficult relationship between Venice and Scarpa: at home he was never considered a real architect, but rather "a good craftsman", and instead acclaimed outside Italy as an innovator in the field of glass processing.

At last even Venice is trying to reconcile itself with its past and fill the gap of the last years with the initiative of the Swiss foundation Pentagram Stiftung, created by David Landau, former president of the Foundation of the Civic Museums of Venice, and his wife Marie-Rose Kahane, who acquired her first glass object 20 years ago from Venini and now owns a large collection in which the pieces designed by Scarpa stand out.

«I wanted to donate it to the Glass Museum, but they never even replied to my offer» smiles Kahane.

For this reason, the project is not sponsored by the local public institutions but by the Giorgio Cini Foundation, which has made available a new exhibition site on the island of San Giorgio: it will become the Glass Rooms, a permanent area devoted to this material where theme events will be held until 2021.

From 29 August to 29 November 2012, at the exhibition entitled Carlo Scarpa. Venini 1932-1947, visitors will be able to admire more than 300 of the 600 works produced by Scarpa during the years of his artistic direction at Venini, where he started to work in 1931 following the bankruptcy of the Cappellin glassworks.

It was there that Paolo Venini noticed him and, admiring his taste for experimentation, decided to hire him.

Scarpa used the classical techniques of glass processing, like filigree or Roman murrina, but he asked a little more of his glass blowers and polishers: to melt and remelt the material many times, corrode it with acid, weave it like fabric and layer several colors to make it thick and textured, drawing inspiration from oriental culture for the shapes.

He worked maniacally but never achieved renown at home.

Recently, however, the Venini archive was brought to light by the curator of the exhibition, Marino Barovier.

«It was thought to have been destroyed in the fire of 1972 but it had been miraculously saved and then forgotten in the various changes of ownership» confirms the expert.

An exceptional heritage with thousands of sketches and documents that, after being organized by the Giorgio Cini Foundation, will provide enough material for a dozen exhibitions and as many catalogues devoted to the Venini world.

They will help to throw new light not only on the forgotten genius of Scarpa, but on the entire glass sector, now reeling under the impact of the economic crisis and the invasion of cheap Chinese products.

It might even be the launching pad that puts glass back in the Biennale after 40 years.