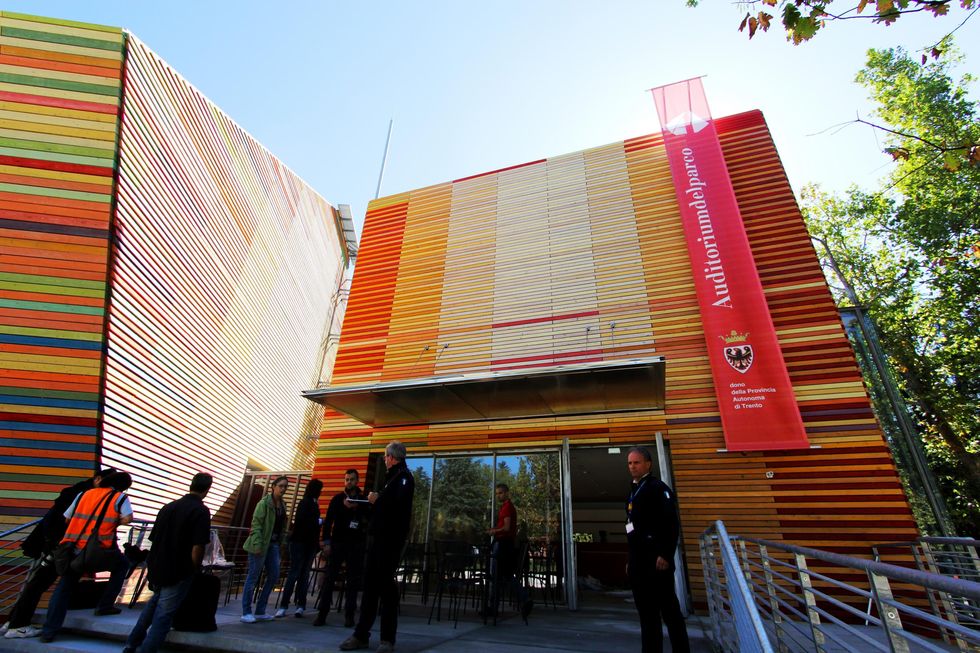 L’Aquila is reborn through music

On October 7th the auditorium by architect Renzo Piano was inaugurated. An all-wood jewel that has sparked controversy

A musical city like L'Aquila couldn't remain without an auditorium following the tragic earthquake on April 6, 2009.

While awaiting the lengthy restoration process of its historic theater located inside the city's 16th-century castle and beloved by Arthur Rubinstein, or that of the civic Teatro Comunale, a third  designed by Renzo Piano has just been inaugurated and it has been the source of some controversy.

The scheduled date was October 7th with Claudio Abbado conducting the Orchestra Mozart of Bologna.

Seating 250, built of wood from the Fiemme Valley at a cost of 6 million euros donated by the Autonomous Province of Trento, Piano's "cube" sits at the entrance to the castle grounds, an oasis of green in the heart of the city.

The location bent many noses out of shape, including in the center-left controlled city government, but the complaints from Italia Nostra and protests from associations and citizens did not succeed in stopping the project.

The mayor, Massimo Cialente, remained staunch in his support, together with architect Piano who, in an interview in the regional daily Il Centro called his auditorium "an homage to the music capital of L'Aquila made with the wood of Stradivarius."

According to Cialente, it is "a jewel of international importance which we must manage well," although it has still to be decided what will come of it when - unfortunately not in the near future - the auditorium in the castle, the home of the L'Aquila Barattelli concert association, will once again be usable.

The inauguration of Piano's auditorium was preceded in mid-September by that of a similar structure designed by another internationally-acclaimed architect, Shigeru Ban.

It seats 300 and is made of steel mixed with sand and cardboard. The futuristic hall was donated by the Japanese government and cost 750,000 euros. It will be used by the Casella Conservatory following the Italian Conservatory Festival of Musicafutura which concluded on September 23rd.