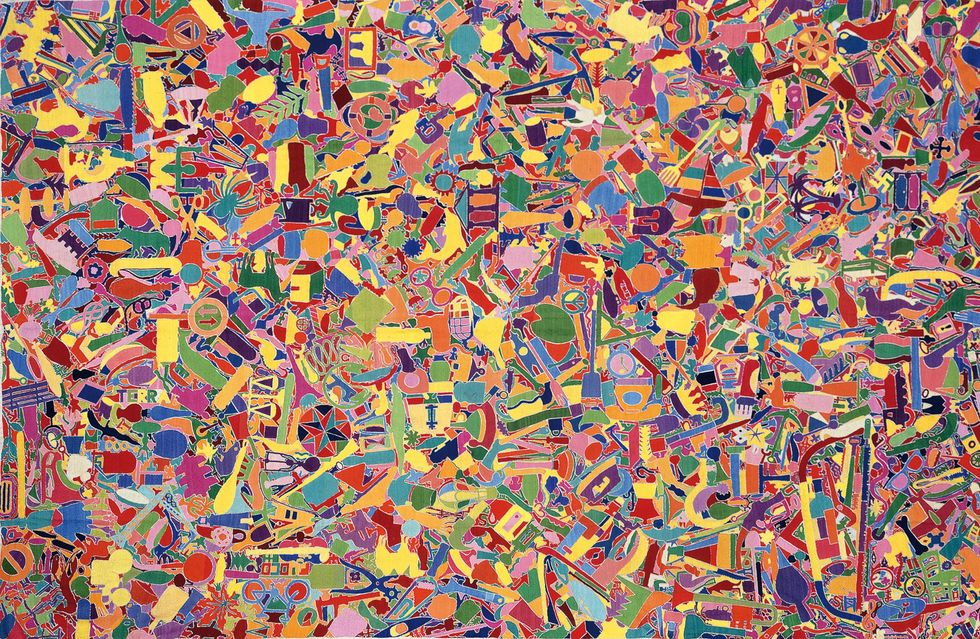 An exhibition at the MAXXI, in Rome, tells the story of the relationship between an artist intolerant to the definitions and a city

The "new" MAXXI museum in Rome has just opened its doors to the anthological exhibition entirely dedicated to Alighiero Boetti, an artist that has always refused any sort of definition.

The exhibition features 35 works, most of them unknown or seldom exhibited, that reveal the strong influence the city of Rome had on Boetti's artistic production.

The Alighiero Boetti's works presented at MAXXI, in fact, are particularly focused on the close relationship between the artist and Rome and on how he and the chromatic variations he used in some paintings  influenced the city in the 80s but also its artistic vitality, already flourishing in the previous decade.

At the Boetti exhibition in Rome, visitors will have the chance to admire an absolutely unknown work belonging to the Maps cycle, which the artist started  to work on  in the 70s.

"Untitled and unfinished" the English artist Jonathan Monk's work of 2004, introduces the Boetti's exhibition, as a tribute to the the imaginary geography of the artist.

The English artist's work is in fact a fixed shot on the Band and Amir lakes in Afghanistan, where Boetti wished his ashes would be dispersed.

Moreover, the MAXXI museum decided to dedicate to Boetti the square of the arts museum of XXI century.