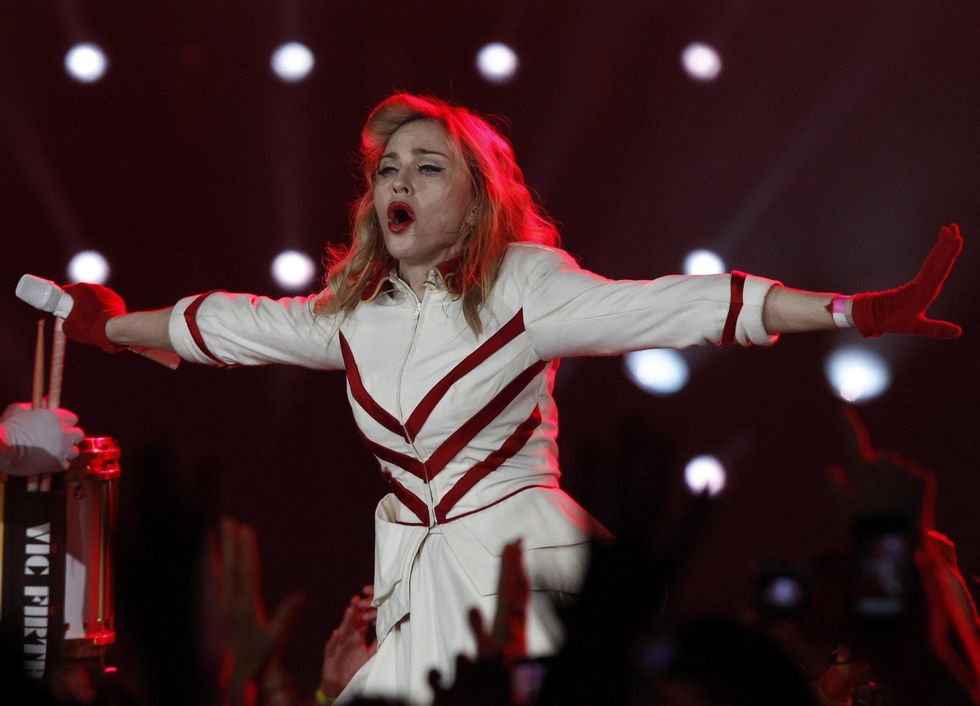 Pop star Madonna to open a gym in Rome

The artist announced her plans to open the first European Hard Candy Fitness centre in the Colosseum area of Rome.

Italian- America pop star Madonna is reportedly  opening a new gym centre in the heart of Rome, close to Coliseum next May.

The 1,200-square meter fitness facility will be part of Madonna's Hard Candy global chain of luxury gyms. The Rome one will be the first in Italy and in all Europe, and will  follow the openings of other Hard Candy gym centers in Mexico, Australia, Russia and Chile.

Madonna's is expected to be the coolest gym centre in Europe, and it will be managed in partnership with Italian fitness firmDabliu.

The selections of trainers for the three- stories gym has already started. A real "casting" instead of usual job interviews. The chosen fitness trainers will be under the supervision of Madonna' s personal trainer Nicole Winhoffer and the Hard Candy's America staff.

"Lady Ciccone," ( this is Madonna's real  last name,) herself is expected to attend the inauguration, which is expected to be one of the most attended events of the year.

According to rumors the "Material girl" is considering moving to Rome, after newspapers reported she was seen shopping  in the street of the Eternal city on several occasions.

Moreover, last summer media reported that Madonna  might be looking  to acquire a luxury property in two of the most elegant areas of the Italian capital: the Aventine Hill, only five minute drive from the Coliseum, the location  of the soon to be Hard Candy fitness center, or in  the area designed by eccentric Italian architect Gino Coppedé, where you can find yourself surrounded by  a combination of Byzantine, medieval, and classical styles.

Despite Madonna never confirmed these rumors, she has always showed great attachment  to her land of origin.

More than once she has openly shown her interest in Italian political matters, or her involvement in artistic events such as the Venice Film Festival.