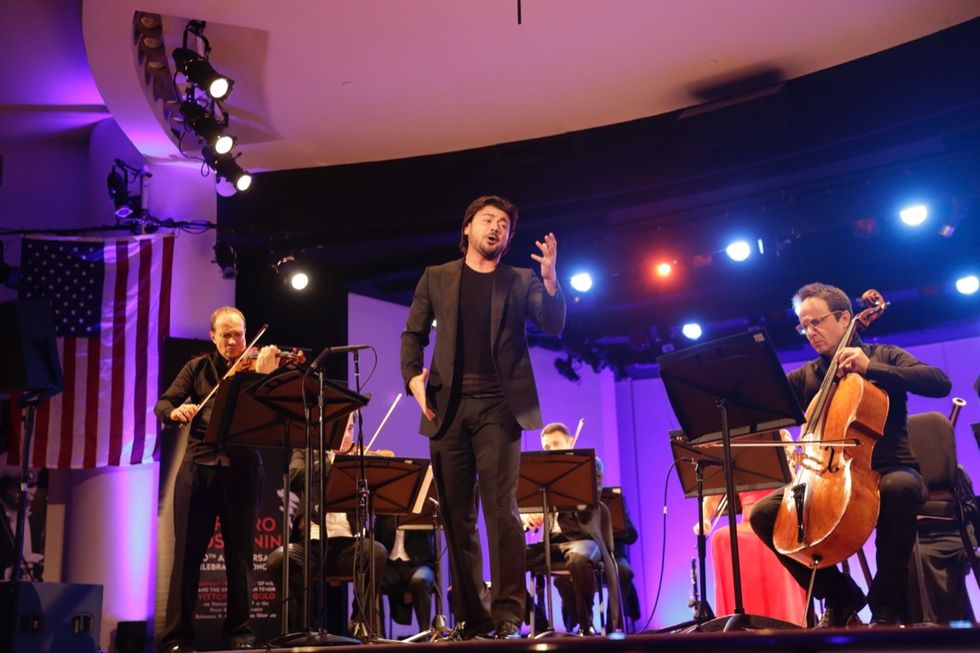 At the Guggenheim in New York, the celebration of Arturo Toscanini

With the Cameristi della Scala of Milan and tenor Vittorio Grigolo, the concert in honor of the great maestro for "This Is Italy-parts Unknown"

The great Italian music overwhelms the Guggenheim in New York City in an afternoon dedicated to culture and art. An event very much awaited realized by Lane-Salini Impregilo in collaboration with Panorama d' Italia to celebrate the master Arturo Toscanini in the 150th anniversary of his birth.

The instruments are the excellence of the Cameristi della Scala in Milan, which move the public on the notes of "Passo a sei" by Guglielmo Tell of Gioacchino Rossini.

The concert is a crescendo of emotions and extraordinary music thanks to the presence of the tenor Vittorio Grigolo, that the world envies us and considered by all the new Pavarotti.

It is thus the turn of "Against a cor" from Il Barbiere di Seville, another masterpiece by Rossini, and again tracks from La Traviata and Rigoletto. Many applause, many, open scene, for an afternoon of Italian culture.

This is a special occasion, we are here to celebrate the genius and charisma of Toscanini" explained Massimo Ferrari, General Manager Corporate & Finance of Salini Impregilo, introducing the concert.

A privilege to participate in the temple of culture and knowledge such as the Guggenheim Museum. The stories of Toscanini and the Salini-Impregilo group resemble each other - added Giorgio Mulè, director of Panorama - The United States for the Italian company has become a second homeland as happened in Toscanini ". A red thread that also links Grigolo who "in New York in 2018 will interpret Tosca as Pavarotti did 50 years ago".