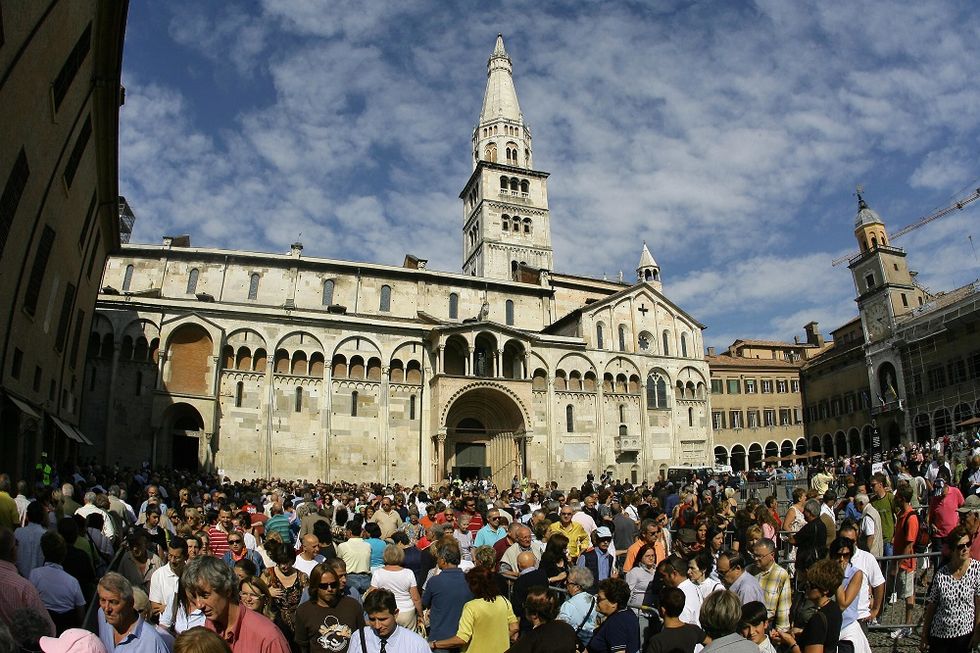 Emilia-Romagna is often a protagonist of significant artistic and cultural initiatives. Not only thanks to Arte Fiera in Bologna, but also thanks to its precious wine & food tradition mixed with a great variety of events. Among them, Modena is currently hosting the exhibition Mutina Splendidissima. La città romana e la sua eredità (Outstanding Mutina. The Roman city and its heritage), a project highlighting the origin of the city whose Latin name was Mutina.

The exhibition is devoted to bridging the old Mutina with the new Modena, also involving street artists who represented the old city and the contemporary one. As we go back in time, prominence is given to the Cathedral (for centuries the favourite venue of the locals), Nicolò dell'Abate frescos at the Council Palace (1546) and to the outstanding efforts of the Archaeological Society (1844) in highlighting and preserving the glorious past of Modena. Aimed at bridging past and future, the exhibition is concluded by a future time capsule, which will be opened in 2099. Visitors are invited to put their messages and objects representing contemporaneity to be rediscovered by the future inhabitants of Modena.

Visitors who are willing to experience an artistic full-immersion should book at the Cappello Rosso (Red Hat) Hotel, whose rooms are decorated by artists and stage designers. Last but not least, fine traditional meals are served at Daniele Minarelli's Osteria Bottega or at FICO (Fabrica Italiana Contadina), hosting 45 restaurants.