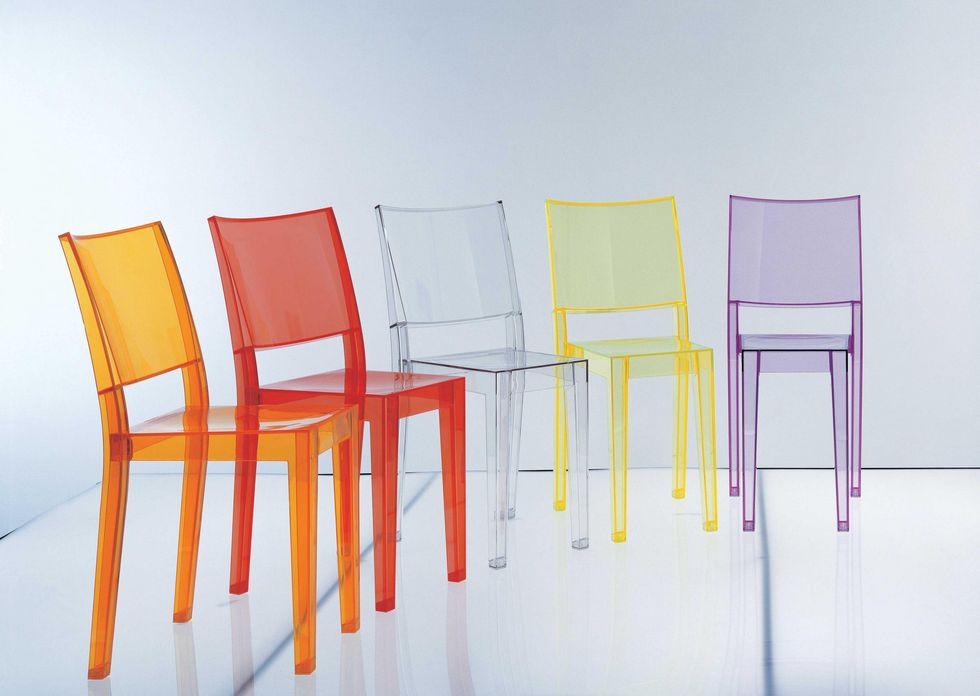 We're all on the national team

There are countless workers and companies that have made excellence their banner. Here are 5 stories drawn from the vast pool “made in Italy” that can boast few rivals.

by Stefano Cingolani with photos by Alberto Bevilacqua for «Panorama»

There are those who focus on fashion, like Andrea Lardini from Filottrano, in Ancona province, who makes jackets for men designed «to make them dream».

And those, like Michael Seeber from Vipiteno, in the Alto Adige district of northern Italy, who take the «mountain culture» to the world, first with funicular railroads and then with windmill blades.

Claudio Luti, at Kartell, produces transparent chairs made from the same material as riot shields, but designed by Philippe Starck.

Marco Paini produces ergonomic, ecological faucets without a single molecule of lead, and is able to conquer IKEA with them and eliminate the Chinese competitors.

Whereas Alberto Vacchi, from Ozzano dell'Emilia, makes machines that package anything from tea to drugs, everywhere in the world.

They are five champions chosen from the most different sectors, five Italian companies that have found a way to meet the crisis.

Craftsmen in their workshops, in some respects, but high level workshops where skilled labor counts as much as entrepreneurial spirit. They are able to keep up with the German Konzerne.

«They are quicker to grasp the changes in the market» explains Marco Fortis, vice-president of the Edison foundation.

The selection is still very strict, but the companies that succeed become leaders. «It was nice when the dollar was worth 2,000 lire» admits Lardini. «I could produce a sample collection at 1,700 lire and make easy money. It was nice but it was false; an illusion from which we awoke, luckily».

Rigidly controlled by the founder and his family, with few debts, they don't trust the banks. These companies reinvest their profits, are hardnosed negotiators with the labor unions, but do their best to hang on to their «collaborators».

Old-style capitalism? Not exactly, because this is also the way industrial production is returning to the western world. After the decade of deindustrialization and that of delocalization, the great international groups, from Whirlpool to Caterpillar, from General Electric to Ford, are bringing the bacon back home.

«If this is the new trend, Kartell was ahead of its time because I never thought of taking production out of the country» Luti stresses. He worked for many years in the fashion sector with Versace, then in 1988 he bought the Milanese company founded in 1949 by Giulio Castelli.

The company was the first to use polycarbonate in home furnishings: «General Electric, the largest producer in the world, can't thank us enough». But he hired top designers: the chairs are designed by Starck, the lamps by Ferruccio Laviani. «Everyone tries to copy us, but our quality is hard to reproduce. That's why I'm afraid to go and work abroad».

Luti believes in the high range segment and not only because he is president of the association. «Our future as an industrial country is necessarily there» he insists. «Our government should foster this process.

I'm not talking about financial support, however the enterprises should not be left alone when they go abroad, for example, they should be supported by a network the way they are in France and Germany».

He remembers his first attempts in Beijing: he found no one, not even Alitalia, while Lufthansa had already created the first great western style shopping mall. Now in China he is negotiating a joint-venture «to operate on that market with the necessary amplitude, following the example of the fashion sector».

Marco Paini, 48, is CEO with his sister Simona in the company that bears his family's name. He tells us how he beat the Chinese with an ecological faucet that is 17 inch high and weighs 7.2 pounds, including the box it is packed in. Sinuous design, detachable hand sprayer to prevent waste, a flow restrictor that limits flow pressure and saves 30%. Code name Aleskär, a little town in Sweden. Price to the public : 180.49 euros.

The company is located in Pogno, in the province of Novara, which has 1,500 inhabitants and is located 3 miles from Lake Orta.

«They contacted us in 2009 and told us what they wanted, then they started asking a million questions. In the end I designed a faucet that saves water and energy and doesn't release any metals.

It took me three years but I persuaded them and they, with their green thinking, influenced our corporate culture. A fine example of fruitful collaboration between the great multinational company and the supplier.

He is the owner and CEO of Ima, as well as president of the Industrial Association of Bologna: «A line divides those companies that have succeeded in bringing their foreign sales to more than half their turnover and those that have remained anchored to the domestic market».

He defines his company, founded in 1961, as a «miniature multinational». Quoted on the Milan Stock Exchange, it has a turnover of 669 million euros and operates in 70 countries, employing 34,000 people, 1500 abroad.

The packaging machines serve two areas: food products (starting with tea and coffee) and pharmaceuticals, which account for 61% of the revenues.

In the past year, just when others were thinking more about defending themselves than about expanding, he acquired Corazza (machines for packaging cheese) and Gima (packaging machines for snacks and beverages), reorganizing the group into two separate companies: Ima Industries and Ima Pharma.

The pharmaceutical sector is the one facing the toughest competition: to maintain a leading role it is necessary to conquer between 8 and 10% of the market. «It is not enough to have established an early advantage, you have to defend and strengthen it constantly» explains Vacchi.

Innovation is developed by the companies, but the government could contribute to form common platforms, with universities and public research centers.

«Don't ask me if I think the monetary union is important» jokes Michael Seeber.

Leitner was founded in the heart of Europe and is becoming increasingly global. Founded in 1888 by Gabriel Leitner, it first produced agricultural machinery, then got into funicular railways for the transport of materials.

After World War II, with the boom of winter sports, came chair lifts and cable cars: the first were built in 1947 at Corvara in Val Badia. Michael transformed the family business into the second largest company of its kind in the world.

Then he left the mountain and went to town with minisubway systems (the first in Perugia, the latest built in Pisa on the model of the one built for the Frankfurt airport). In 2008 he diversified toward wind power. He is the only Italian producer of generators providing at least 1 megawatt power. «We can take advantage of our unique experience in hilly and mountainous terrain» Michael, 63, proudly explains.

The company owner is now in the process of transferring some of the responsibility to his son Anton, 39.

Leitner has no intention of delocalizing either. «My employees are a key factor to our success, in possession of know-how I could never find elsewhere, and a fundamental loyalty to the company».

Another source of pride is research: «We are spending 25 million euros a year. Our profits are always reinvested. We should be rewarded, instead of having to pay 54% taxes».

Andrea Lardini, a Schumpeterian by blood, believes in the essential value of the entrepreneur. «I am an ocean-going navigator and I know that there is only one commander, especially in stormy weather» he says proudly.

He started 34 years ago, watching his mother push a needle with her thimble from morning to night. For many years he worked on commission.

The big names in fashion came, then the first sample collection, and at last the boutique on via della Spiga in Milan. He wants to cultivate his niche without moving into the crowded arena of women's fashions as well.

One thing at a time. Lardini doesn't see any improvement in the economic situation before 2014, but the answer is not to cut everything at all costs. Just the opposite: «The product is like a good meal, you should never try to save on the ingredients».

Another essential aspect for him is the direct relationship with his workers. «I have never fired anyone, we discuss everything and deal with every problem together», and the first of these is salary. «The paychecks are too low, reducing labor taxes is an absolute priority».

The workers in these boutique-factories need a practical labor union, not an ideological one. After a century of antagonism, the Italian model is returning to its origins. Primo Levi wrote in The Monkey's Wrench: «To love your work is the closest thing to happiness on this earth».

Perhaps he was exaggerating, but our five champions agree with him 100%.